A Man with a Heart for the People – Dr. Adrian Fox Bahamas

Post Views: 1,040
Born on 12 January 1969, Adrian Fox would grow up much like other young Bahamians. He attended school at St. Bedes Primary School as a youngster, and by the time he was in middle school at Donald W. Davis Middle School, he was working in the local service industry. During these years, Adrian was working at Captain Nemo’s restaurant, and he would also find employment at the Café Martinique as well as 5 Twins. All of these restaurants were part of the popular Atlantis Resort vacation destination.
As Adrian matriculated his way through school, he was also growing as an entrepreneur. Before he graduated from R. M. Baily High School, Adrian would begin operating his own businesses. One was a phone card company, a boon for tourists and locals alike. Another business was a hair salon. A third business was a newspaper stand.
Shortly after he graduated, Adrian would truly show his innate talent for innovative entrepreneurship. The noted philanthropist was still working at the Atlantis Resort while opening his own business ventures. He established Foxies Restaurant and Bar as well as Foxies Liquor Store; he then jumped into retail clothing with the opening of Obsession Designs.
As a young man, Adrian Fox was experiencing a lot of entrepreneurial success. Always looking for a niche, Dr. Fox would open a premier gaming location in the Island Luck. Here, both natives and tourists could purchase lottery tickets and enjoy gaming while visiting the Bahamas. However, Dr. Fox wasn’t finished with his entrepreneurial endeavors in the least. He would establish Brickell Real Estate and wo more businesses: ILTV and Tresor Rare Parfumerie.
While Dr Fox could have sat back and enjoyed his businesses’ success, he was still concerned about his homeland. Dr. Fox grew up as a hardworking young man. He saw people around him suffering from a number of issues. One of these issues was one that Dr. Fox had encountered so many times himself. 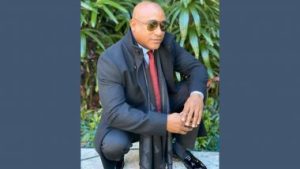 So many of Dr. Fox’s fellow Bahamians grew up in the same situation he did. They attended school for a time, but they also had to work in some place in the service or tourist industry in order to support their families. He also observed around him many people who lost everything they’d accumulated due to devastating natural disasters, namely hurricanes.
This led Dr. Adrian Fox to consider philanthropy. He would begin helping those around him first.
A devastating and powerful hurricane hit the island of St. Vincent, and Dr. Fox sprang into action. His foundation, the Fox Foundation, was commandeered to carry out several types of assistance for those in the area. First, Dr. Fox asked his Fox Foundation members to use private boats to get out and assist in the evacuation of those who lost everything in the horrific hurricane. He also asked other Fox Foundation members to get out and assist in delivering food and water to those who were left. More Fox Foundation members brought in generators too. Dr. Fox himself was also on site assisting hurricane victims.
Dr. Fox understands that one reason he became successful was his ability to get an education. He never dropped out of school, working to graduate from secondary school as he worked for others, then opened his own businesses as well. He also went on to obtain his doctorate degree. Again, he was owning and operating several businesses at the same time as he worked on educational endeavors. When Dr. Fox looks at his own experience and compares it to others native to the Caribbean, he understands that his education made it possible for him to experience the success that he has.
Dr. Fox has made certain that one of the goals of his Fox Foundation is to assist young Caribbean men and women to get an education. He also promotes skills training so that young Caribbean people have a choice in their life’s work. He knows that in the last few decades many native Bahamians are leaving the Islands for “better opportunities;” he wants to help provide better opportunities right there in his homeland so that children who grow up in the Caribbean can be prosperous and happy.
When asked about his philanthropic efforts, Dr. Fox maintains that he has personally experienced many natural disasters that often destroy everything those native to the Islands has ever worked for an accumulated. Dr. Fox told the Jerusalem Post: (My) possessing direct experience of living through a natural disaster . . .(I am) deeply attuned to the difficulties” that the people of St. Vincent have faced (after a recent deadly hurricane in 2019).
Dr. Fox is also quite concerned about the plight of the Islands in the wake of the pandemic. Although the Bahamas is one place where tourists typically flock to, the pandemic has drastically decreased tourism in the last two years. Because he has personally seen how this has crippled local economy, Dr. Fox is using the Fox Foundation to reach out to donors in the European Union and other places to assist in financial help for young students.
Dr. Fox has always had the ability to see ahead; he knows now that without an education, the people of his beloved Bahamian Islands will have no economy whatsoever. He understands that young people need skills in order to be competitive in the workforce. It is Dr. Fox’s dream that young people will stay in the Bahamas, get satisfying and well-paying work, and make the Islands the paradise that it has always been.
Tags: Adrian Fox Bahamas
Show More

Emil Michael: How Fatherhood Helps Him Set His Sights on the Future

Why Is Company Culture So Crucial to Success?