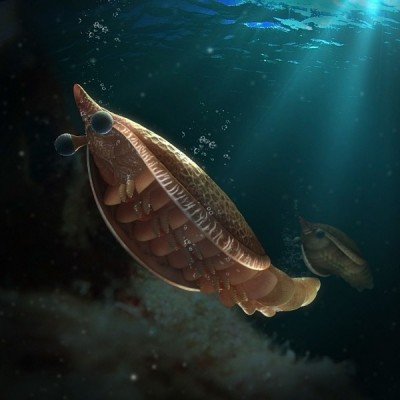 Modern water dwelling arthropods have biramous limbs, legs that have two parts – one for breathing and one for walking – but how such specialised limbs evolved was a mystery. Some of the earliest fossil arthropods, like Anomalocaris, had swimming flaps that may have doubled as gills, but until now researchers didn’t know how arthropods made the jump from these specialised flaps to the biramous limbs of modern arthropods.

Erratus sperare provides the missing link between arthropods that used such specialised flaps and arthropods with biramous limbs. It has both legs and flaps.

Dr David Legg, one of the authors of this study, said: “Fish aren’t the only organisms that have gills! Arthropods have gills too… they just have them on their legs. When it came to arthropods, however, we just weren’t sure where these gills came from.

“Thanks to this new fossil, Erratus sperare, we now have a much clearer idea. These gills also probably went on to evolve into the wings of insects and the lungs of terrestrial arthropods like spiders so were a very important innovation.”

Bee creative by getting involved in North Manchester’s bee campaign

How easy is it to create oxygen from water on Mars?