A Ferndown resident has been prosecuted for failing to comply with a Planning Enforcement Notice.

Chi Leung Yau, 63 of West Moors, attended Poole Magistrate’s Court on Wednesday 9 February and pleaded guilty to breaching Section 179 (1) of the Town and Country Planning Act 1990 for not addressing violations on land next to Henbury Manor Farm, Corfe Mullen.

Mr Yau owns the holding located in the Green Belt, within a countryside setting. The Council was made aware that the land was being used for unauthorised moto-cross activities, and a Porta Cabin had been installed at the site. This was determined to be unlawful, as the land is designated for agricultural use. 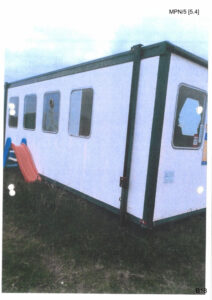 Council officers were told by Mr Yau that the Porta Cabin would be temporary and agreed it could remain if it was only in place for 14 days a year. However, on subsequent visits officers discovered the cabin hadn’t been removed and was in fact being used for storage.

In addition to the unauthorised cabin, two cars, two diggers and a flat-bed truck, all apparently abandoned and in a state of disrepair were found on the land, which is also unlawful.

Mr Yau was informed of the violations of the land use, told to remove all the offending items and given a sufficient grace period to complete the work. When this did not happen, the defendant applied for planning permission for the cabin, stating he wished to keep it to support the rearing of ducks and chickens and the grazing of sheep on the land.

Although the Council accepted Mr Yau was the landowner and parts of his land were let to farmers for the rearing of livestock, Mr Yau was unable to provide any evidence to the Council that he operated any type of agricultural trade or business. Therefore, he did not qualify for agricultural permitted development rights and, for the same reason, his application to erect agricultural buildings was refused.

The cabin was deemed to be unnecessary and its presence within the Green Belt would likely diminish the open character of the rural location. As this decision was not appealed, officers returned to the site only to discover the cabin, several abandoned vehicles and machinery were still present on the land. 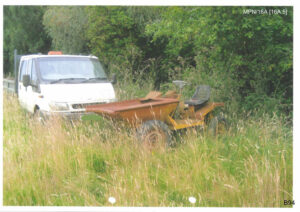 The team served a Planning Enforcement Notice, but when followed up by Enforcement Officers, they discovered that the requirements of the Notice were still being ignored. After being summoned for an interview with the team, Mr Yau admitted failing to comply with the Enforcement Notice and did not offer any lawful excuse for his lack of action.

Dorset Council’s Legal team moved to prosecute, and Mr Yau was fined £1,038 plus a victim surcharge of £104.  He was also ordered to pay prosecution costs in the sum of £2,138, which was the full amount requested.

“This is an important message for the Council to send. Enforcement Notices are only ever issued as a last resort when all other methods to resolve a breach of planning control have failed.

“The steps to remedy the breach must be proportionate and reasonable, with enough time given. This prosecution only took place because, despite repeated warnings, Mr Yau failed to take any steps to comply with the notice. He was also warned by the court that if he continues to fail to comply, he will be subject to further prosecution.

I want to thank the hard-working officers on our Enforcement and Legal teams for their work on this case, and hope it is seen as an example of how far we are willing to go to ensure Planning regulations are followed. Those who choose to flout the rules will be pursued and prosecuted whenever necessary.”

Extra funding for families and schools