Fionna was presented with her medal by HRH The Princess Royal, yesterday, (15 February), at an investiture at Windsor Castle, having been named as a recipient in last summer’s Queen’s Birthday Honours. 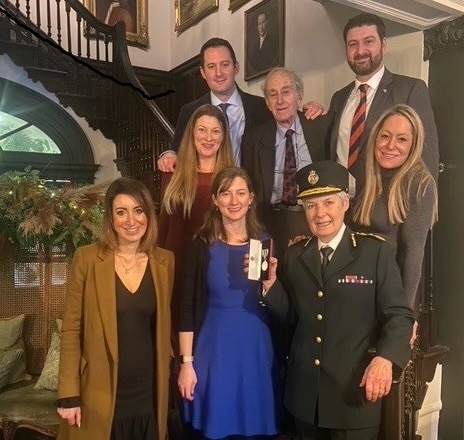 Fionna is one of the UK’s longest-serving Emergency Medicine Consultants and has contributed to significant changes in UK pre-hospital practice over the last three decades. She has enjoyed a distinguished and lengthy career in the ambulance service spanning more than 20 years. She was one of just six recipients to receive the medal in last year’s announcement.

SECAmb Chief Executive Philip Astle said: “I am delighted Fionna has received this recognition. She is held in the very highest regard among our staff and the wider ambulance service, both nationally and internationally. She has shown remarkable dedication, commitment and leadership over many years and we are extremely proud and privileged to have her as our medical director.”

Throughout her time at SECAmb Fionna has also served as the Trust’s chief executive and was previously medical director and chief executive at London Ambulance Service. At SECAmb she has overseen work to raise clinical standards including exemplary work on medicines governance which was hailed by the CQC as outstanding. She has been instrumental in the development of specialist paramedic roles in critical care and is a listed author in more than 30 academic studies.

Fionna said: “I was humbled and delighted to receive my medal from HRH The Princess Royal. I will wear it with pride and in recognition of everyone in the ambulance service who works so hard to serve their communities.”

SECAmb thanks fire and rescue services for pandemic support

SECAmb and IC24 celebrated at the Healthwatch Recognition Awards