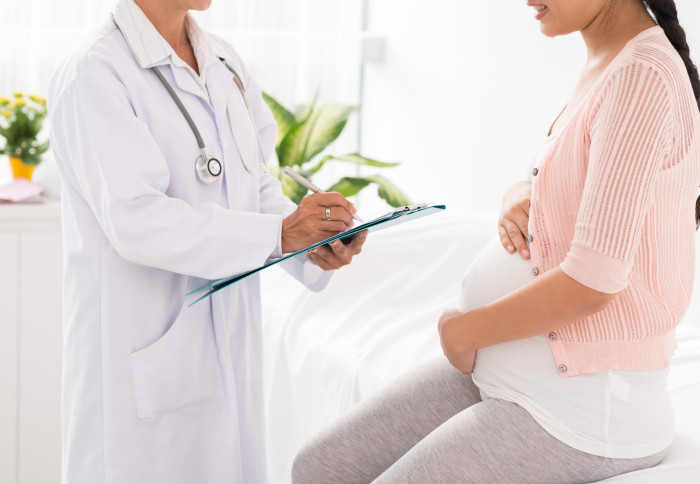 A new study finds that changes to a mother’s vaginal microbiome may be associated with pregnancy loss.

The researchers say it is plausible that the inflammation caused by these changes in bacteria could lead to miscarriage. The new research is published in BMC Medicine.

First author of the study, Dr Karen Grewal, from Imperial’s Department of Metabolism, Digestion and Reproduction, said: “Our findings may present a fresh perspective on the causes of miscarriage. There are multiple ideas for how this inflammation could lead to pregnancy loss, such as certain vaginal bacterial organisms triggering upstream inflammation that causes a break down within the lining of the womb.”

Miscarriage is the most common pregnancy complication and occurs in around one in five pregnancies. Recent studies have highlighted the substantial effect miscarriage has on people’s mental and physical health.

Understanding the cause of miscarriage might help prevent some miscarriages and also help people to come to terms with it, in turn improving their mental health outcomes. However, while half of all cases occur because of chromosomal abnormalities in the embryo, little is known about the causes of miscarriage in pregnancies without these abnormalities.

“If confirmed by further research, this [study] suggests that the vaginal microbiome might play a role in miscarriage.” Professor Phillip Bennett Professor of Obstetrics and Gynaecology

One potential cause could be changes to the mother’s vaginal microbiome, as suggested in the new study. In general, a healthy vaginal microbiome is rich in acid-producing Lactobacilli which help to prevent the growth of other potentially harmful bacteria. However, when there is an imbalance in the microbiome, these other bacteria can flourish.

The study included 167 pregnant women who were recruited from the Early Pregnancy Unit at Queen Charlotte’s & Chelsea Hospital between March 2014 and February 2019. Patients were recruited following a miscarriage or if they experienced pain and/or bleeding during the first trimester of their pregnancy. Participants who had taken antibiotics, probiotics or progesterone supplements when samples were taken were not included in the study as these might have changed their vaginal microbiome.

In total, 93 women in the study had a miscarriage and 74 did not and gave birth at term. Of the women who experienced a miscarriage, 54 had no chromosomal abnormalities in the embryo.

The researchers examined the vaginal bacteria present in all these women, as well as looking for molecular signs of inflammation.

In the study, some women who gave birth at term had reductions in Lactobacilli, but their immune systems did not react towards this and did not cause inflammation.

The researchers say that their findings suggest a potentially treatable cause for miscarriage, but more research is needed to confirm the association first. This includes studies to understand the types of other bacteria that flourish when there is an imbalance and how specifically they cause inflammation for some, but not all, women.

The researchers are also working on a new test to analyse the vaginal microbiome rapidly, as they believe this may help identify women who could benefit from treatment to reduce the risk of miscarriage. However, they note that it is not yet clear which interventional regimes might change the vaginal microbiome and improve pregnancy outcomes.

Lead author Professor Phillip Bennett, from Imperial’s Department of Metabolism, Digestion and Reproduction, said: “If confirmed by further research, this suggests that the vaginal microbiome might play a role in miscarriage.”

He explains: “If that is the case, this might highlight an important role for good vaginal hygiene in early pregnancy. For example, it might be a good idea to wash regularly, but to avoid perfumed soaps, gels and antiseptics as we know that these can affect the healthy balance of bacteria and acid levels in the vagina. It is best not to use vaginal douches because this can disrupt the normal vaginal bacteria.

“Our early findings don’t provide enough information for us to say that there’s a link between these kinds of products and miscarriage, but they do suggest we need to look more closely at the role of the vaginal microbiome.”