A total of 84 CORMAC teams dealt with a staggering 609 storm-related incidents on Cornwall’s roads between Friday and Monday, February 18-21.

Of these, 514 were emergency calls from the public with 300 logged in just three hours during the peak of Storm Eunice on Friday morning and afternoon.

The vast majority related to fallen trees with at least 30 roads closed at any one time, including the A391, A374 and A390. Thanks to the teams’ speedy response, almost all were reopened by 5pm on Friday. 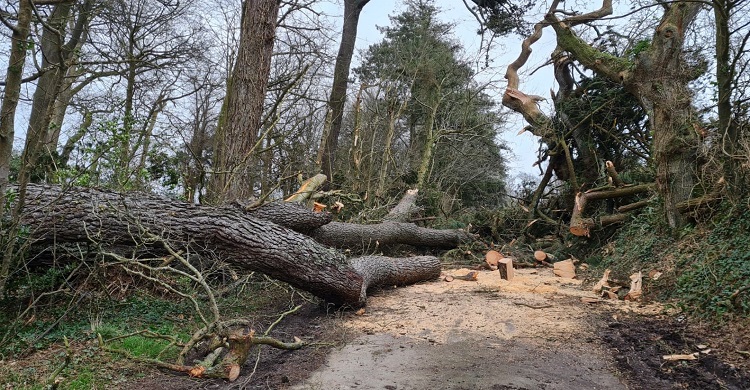 More than 59 highways, 5 landscaping, 12 environment, and 8 surfacing and civil engineering teams worked around the clock to respond to the reports of damage caused first by Storm Eunice and then by Storm Franklin.

They cleared 389 sites of fallen or unsafe trees and branches and dealt with cases of collapsed walls, roof debris and flooded roads.

On top of the clear-up on Friday, CORMAC gritters were also deployed as temperatures dropped.

“I would like to thank the CORMAC teams who have been extremely busy working in challenging and hazardous conditions, as well as partner organisations who supported the response to both storms.

“We are lucky to have such dedicated, passionate and professional people all working together to keep our communities safe.”

* CORMAC provides highways services to Cornwall Council. Formed in 2012 as a highways, engineering and construction specialist, it is an arm’s length management organisation (almo), part of the Corserv group of companies that is wholly-owned by Cornwall Council.

Help available for people affected by Storm Eunice and Franklin

Cabinet to consider future of two of Cornwall’s leisure centres