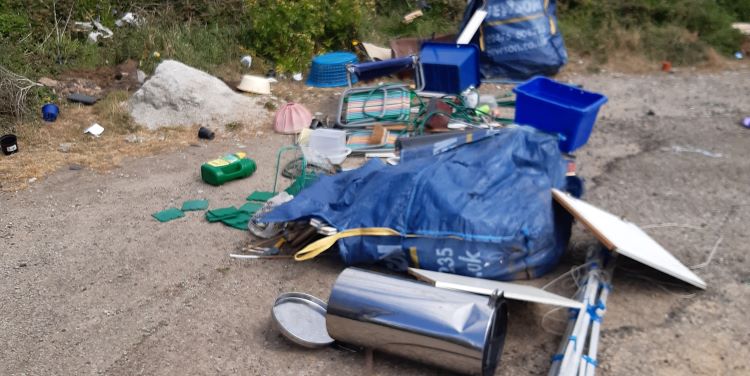 Mr Thomas pleaded guilty to one count contrary to the Environmental Protection Act 1990 Section 33- Depositing Controlled waste on land without consent.  He apologised for his actions and was fined £830, a £83 victim surcharge and £6,435 costs

The site at Park Bottom, Illogan was a known fly tipping hotspot and Magistrates approved the use of cameras to monitor illegal activity at the site.

Mr Thomas operated a business called B&T Property Maintenance and his sign written van was recorded driving to the site where three men got out of the van, tipped the waste and drove off.

Cornwall Council Community Protection Officers established that Mr Thomas owned the van and business, which advertised garden waste services, and that he was driving the van at the time of the incident. Services such as those advertised by Mr Thomas must be registered with the Environment Agency as waste carriers and must dispose of the waste at a licensed commercial site.

Kevin Brader from Cornwall Council’s Public Protection service said: “Cornwall Council continues to work hard to tackle issues of fly-tipping. Fly-tipping is not only unsightly but costs the Council thousands of pounds each year to clear up the mess. We will continue to respond, investigate and, where evidence is found, we will take the appropriate enforcement action.

Martyn Alvey, Cornwall Council cabinet member for environment and climate change said: “This decision sends out a clear message that Cornwall Council will do everything possible to challenge fly-tipping and shows that, when taken to court, this irresponsible action can prove extremely costly.”

Dumping household, industrial, and commercial waste illegally is a serious criminal offence and can result in an unlimited fine and the offender can even be sent to prison for up to 5 years.

A householder is required to take reasonable steps to check that people removing waste from their premises are authorised to do so.

‘Support is available if you’re struggling with money’