A Thornaby man has proposed to his partner today on the children’s ward at the University Hospital of North Tees so that their daughter could share in their special moment this Valentine’s Day. 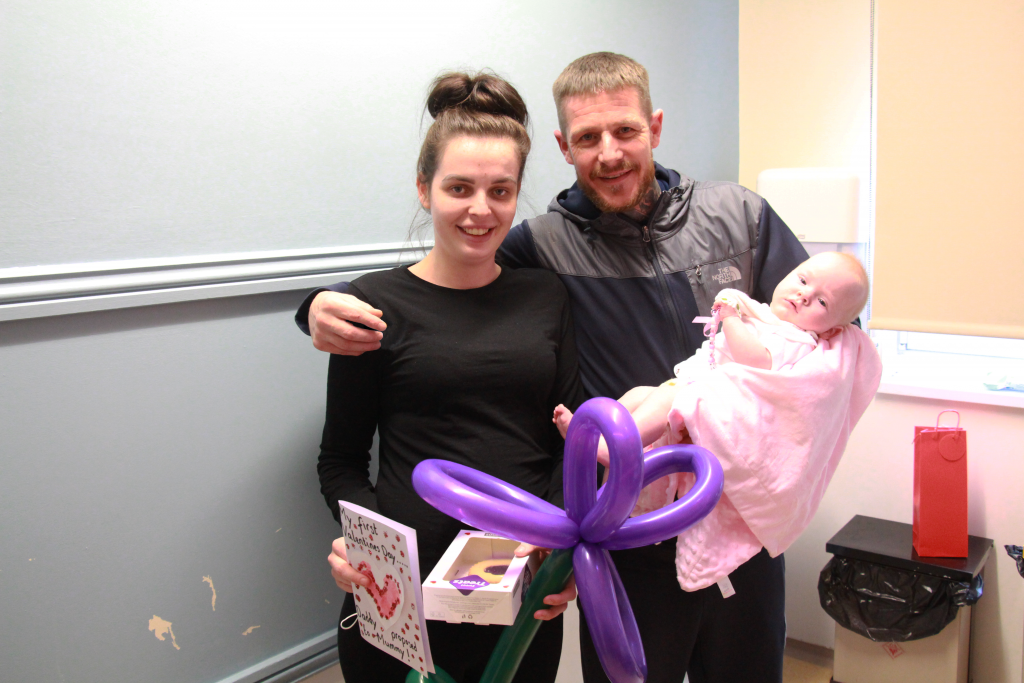 39-year-old scaffolder David Waite had planned on proposing to his partner Kennedy Henry, a 26-year-old retail worker, during a trip away over the weekend.

But when their five-month-old daughter Ivy became poorly and was admitted to hospital, their weekend away was put on hold.

Eager to pop the question, David asked Kennedy to marry him alongisde Ivy’s cot on the ward.

David said: “We were looking forward to going away at the weekend and I was going to propose to Kennedy then – I’d been telling Ivy about it all week.

“But with everything we’ve all been through with Ivy being poorly, it just felt right today.”

As if a Valentine’s Day proposal wasn’t romantic enough, the day also marks David’s birthday – a birthday present he is sure to never forget.

Kennedy said: “I’m over the moon. I really didn’t expect it – it’s such a lovely surprise and I’m so glad it happened while we were with Ivy.” 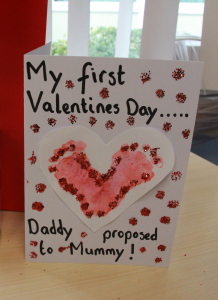 The pair are looking forward to an engagement party with their family and friends in July once the weather has picked up. They are hoping to be married in 2024 when Ivy will be two-years-old.

To celebrate the newly-engaged couple, the team in the children’s ward at the University Hospital of North Tees showered Kennedy and David with gifts, including sweet treats and balloons.

Staff on the ward also made a special Valentine’s Day card for the couple using Ivy’s footprint to make a heart.

Play specialist Jennie Hobbs who witnessed the special moment said: “We all want to say a huge congratulations to Kennedy, David and, of course, to little Ivy on her first ever Valentine’s Day.

“This has made everyone’s day here in the children’s ward and has really cheered us all up. We’re all very excited.”