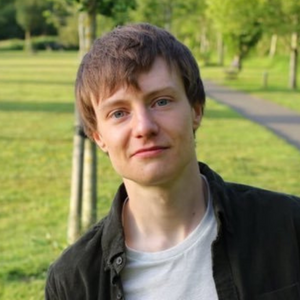 Hey, I’m Tom Rebair and I’ve dealt with anorexia. As it’s Eating Disorders Awareness Week, I wanted to share my experience to raise awareness of some of the first signs of an eating disorder, particularly Anorexia Nervosa.

Please remember that this is what I’ve experienced, and everyone is very different, but that doesn’t mean it’s any less serious or important.

If you are struggling or can relate to these symptoms, please reach out to your GP for professional help, because it won’t just go away by itself, nor is it ‘just a fad.’

If you are going through this, or have gone through it in the past, you might feel like you’re doing this alone and nobody knows how it feels. But you’re not! I’ve been there, and so have lots of other people. You can get through it and become a much stronger person for it.

Right at the start of my eating disorder, I found one of the most common problems I would find is one you might not expect. I would feel more alert and very energetic. I would also be productive, whilst feeling content in myself. But this is the ‘hook’, that lowers you into false preconceptions that it will stay like this and you’re doing yourself no harm.

But the next step was the opposite. I would feel exhausted, angry, and very irritable, with everyone and anything. At times I took it out on the people I felt closest to, which is heart-breaking to think about as normally I always want the best for anyone.

In terms of eating and exercising, I found that exercise was becoming something I had to do, rather than wanting to and looking forward to it. At this point, my thoughts were often about food in some way, looking at new recipes via social media or thinking about the next snack or meal.

Many people start to get physical symptoms; I felt cold, achy and generally like I was coming down with the flu. There can also be stomach problems; the eating disorder tricks you into believing you definitely have a problem with food, and you ‘can’t’ eat. (But actually, you need to eat small meals more often, as that will help the symptoms in the long term.)

I found that exercise was becoming something I had to do, rather than wanting to and looking forward to it.

Mentally, I wasn’t angry as much now, but would feel numb. I couldn’t be bothered with anything and wanted to be left alone. In terms of exercising, I believed that it helped to improve the way I felt, but that was only for a very short time; then I would feel worse overall. But as I got that boost from exercising, the temptation and thoughts in my head made me feel like I needed to do even more. I wanted to constantly move around.  (This was just a never-ending cycle. During my recovery, I had to stop the exercise, and in the long term this helped me feel far better.)

By this point I was physically really feeling it. The cold feelings were a lot worse. I was feeling constantly tired, needing naps throughout the day. My concentration was very poor. I didn’t feel as hungry as I once did. But I would be very emotional. I felt like crying but, at the same time, was unable to cry, which caused a lot of frustration.

My eating did not change a huge amount, but I felt fuller much quicker and not as hungry. It was a very easy temptation to eat less, subconsciously. Foods I had once happily eaten were a challenge or made me feel very guilty.

Things deteriorated and my physical symptoms got worse, but at this point I still didn’t realise the damage being caused inside. The eating disorder always made me feel like I needed to be worse or that I ‘wasn’t that ill’. This, again, is another trick the eating disorder uses to get you to continue down a very dangerous path, that can be fatal.

I was feeling very confused. Subconsciously, all I thought about was food. I’d feel hungry, but at the same time would be fighting being hungry 24/7. It didn’t help that my sleep was hugely affected as well.

Always remember that an eating disorder doesn’t pick and choose – it can affect anyone, at any time of their life. Please always reach out for help or support.

If you are going through this, or have gone through it in the past, you might feel like you’re doing this alone and nobody knows how it feels. But you’re not! I’ve been there, and so have lots of other people. You can get through it and become a much stronger person for it.

Always remember that an eating disorder doesn’t pick and choose – it can affect anyone, at any time of their life. Please always reach out for help or support. I know it can be difficult to get professional help, especially when you’re mentally and physically being drained by the eating disorder. But it’s worth it; life without an eating disorder is far better than a life with it. No matter how you feel now, without the eating disorder you will always achieve more and be the best you once it’s gone!

If you are struggling with an eating disorder, please speak to your GP in the first instance. National charity BEAT Eating Disorders also has a range of information and support, whether you are concerned about yourself or supporting someone else.