On International Women’s Day we’re talking to Stage Management grad, and one of our newest Fellows, Sarah Hemsley-Cole.

In 2020 Sarah became only the second woman ever to win the Association of British Theatre’s Technical Award, making her the Technician of the Year 2020.

She was awarded an Honorary Fellowship last year in recognition of her ongoing and generous support of the College, and her championing of the next generation of stage managers, designers and creatives. 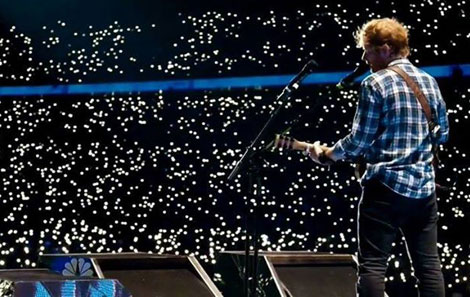 She’s the founder and company director of total events management company SC Productions Ltd, and we caught up with her ahead of her summer delivering Ed Sheeran’s stadium shows across the UK.

What are you most proud of as a woman in the events industry?

It’s important to show the positive journey we can take. In the live event world particularly, focusing on site management and production-based work, there are fewer females, and there were even less when I started in the late ‘90s: the world of rock and roll was not an obviously woman’s world.

Over my 30 years in the industry I’ve championed the visibility of women in the sector –  it’s important for young women to have role models to be influenced by and to aspire to.

We’ve had to be trailblazers and pass our hand down to the women coming up behind us. That’s why I set up NOWIE (Network of Women in Events) with my colleague and friend Zoe Fox. 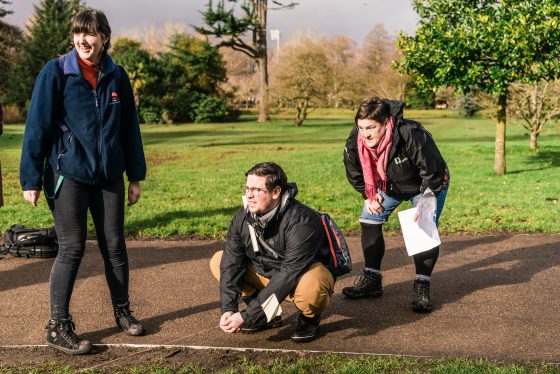 Sarah working with MA Stage & Event Management students – mark up class in Bute Park to set up a concert venue.

It’s a gathering, a connecting of women and gives us real strength and voice, challenging the status quo to make sure that we redress the balance and that, even if we’re there doing the work, we are represented.

Tell us about working with our students and graduates

To me the College has been integral to everything I’ve done in my career. It’s been really important to me to maintain that relationship and that network of support, learning and mentoring.

Over the years I’ve employed around 200 graduates, as well as those I’ve recommended to others in the industry. I give lectures and work with the students every year, which means I know each cohort and what particular skills they have.

As well as Stage Management and Design for Performance students I also work with Arts Management course and take on graduates from there as well. I see it as part of my role to mentor and recommend my fellow Royal Welsh College colleagues. 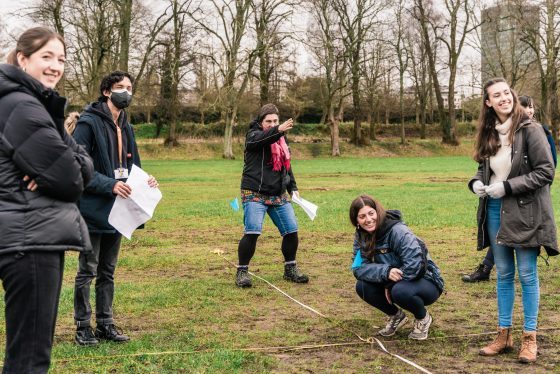 One of my first jobs was as Production Manager at the Sherman Theatre, and one of the first Stage Managers I brought in was stage management grad Anthony Field who’s currently Company Manager for Moulin Rouge which has just opened in the West End. Another stage management grad Lisa Hall was my very first site assistant –  she’s now back working with me on the Ed Sheeran shows.

Our world is very like that, there’s a lot of networking and mutual support. For example, I’ve been the production manager on the CBeebies pantomime since 2012, working year on year with Design for Performance grad Rhys Jarman.

In my role I often have to put together teams and my first port of call is always Royal Welsh College graduates because I know I can trust them to do the best job.

That might be for a huge and ambitious production like National Theatre Wales ground-breaking site-specific telling of Michael Sheen’s The Passion, which involved around 30 students and grads working for me.

Or it might be a smaller project where I bring in a lighting designer like recent grad Cara Hood, who worked with me on NTW’s NHS70 Monologues. She’s currently working on Y Consortiwm Cymraeg’s Shirley Valentine which is coming to the College this week. It’s such a joy to see her succeeding in her chosen field.

What have you been up to over the last year? 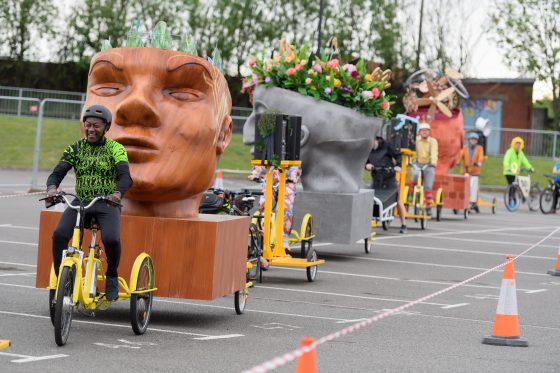 Innovation at Coventry City of Culture 2021

I was appointed as the lead producer for the Coventry City of Culture 2021 opening event. It was a complex project that evolved through the Covid pandemic and had to be delivered within the tiered restrictions, while needing to bring the City together for a celebration and create an event for broadcast. 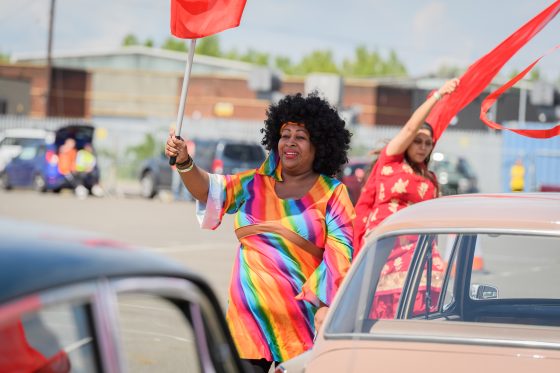 I had a relatively small team of 40 working on this event with Anthony Field, again as the Company Stage Manager working with more recent SM grads Sam Griesser, Jenny O’Connell, designer Ruby Pugh, and Lewis Jones in the sound team. This is another example of showcasing talent and inspiring and showing the local young people involved what’s possible within this career path.

What’s coming up this year?

We’re working with Ed Sheeran, delivering his massive sell-out shows – and we’ve also got the Stereophonics and Tom Jones concert in Cardiff’s Principality stadium, which was postponed from December.

I always make sure I find the time to work on the Urdd Eisteddfod no matter how keen Ed Sheeran is to book me! It’s such an important festival for Wales and I’ve been working as site manager since 2012.

We’ve gone on a brilliant journey together and they’re celebrating their 100th anniversary this year so it’s going to be an even more amazing event than usual. 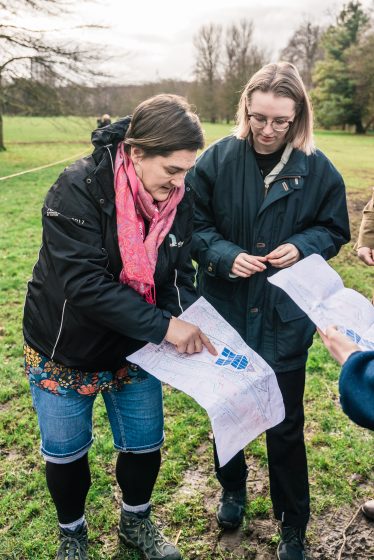 We look forward to celebrating Sarah’s new Fellowship with her at our graduation in the summer.

For more information on Stage Management and Technical Theatre go to our website.

Graduate Sarah is ABTT’s Technician of the Year!

Celebrating the Best of the Performing Arts: RWCMD’s New Fellows 2021