Have your say on 20mph speed limits in Falmouth, Penryn and Camelford

Residents are being asked for their views on plans to encourage drivers to slow down in residential areas by reducing speed limits to 20mph on more roads in Camelford, Falmouth and Penryn.

View the Falmouth and Penryn consultation
The two community network areas will see the majority of 30mph speed limits reduced to 20mph under the proposals, except on roads where there is a clear need to retain the current speed limit. 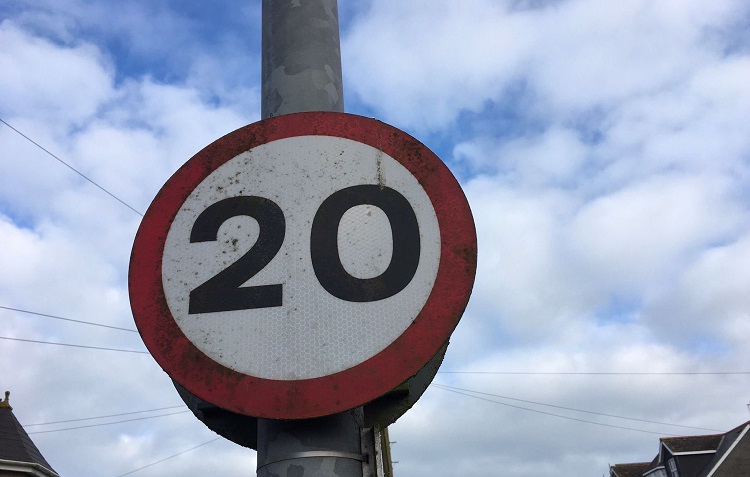 With more than 150 requests to reduce 30mph speed limits on roads across Cornwall, the Falmouth and Penryn and Camelford proposals will be introduced as part of the first phase of lowering speed limits on residential roads.

This will assess the impact of changing signs on affected roads while making minimal physical changes to the highway. The Council will work closely with Devon and Cornwall Police and the ’20 is Plenty’ campaign, as well as the communities to help embed behaviour change through initiatives such as Community Speed Watch.

The findings of this first phase will be presented to the Council’s Economic Growth and Development Overview and Scrutiny Committee to then consider the potential for 20mph to become the default speed limit for residential roads in Cornwall. Final approval of wider Cornwall deployment will be for Cabinet to approve .

Philip Desmonde, Cornwall Council cabinet portfolio holder for transport, said: “Villages, towns and cities should be places where people are free to travel in ways that are safe, sustainable and healthy. In many places inappropriate speed limits make movement dangerous where people live, work and play – particularly for vulnerable road users such as children and elderly people.

“The volume of requests demonstrates just how important an issue this is for our communities who want to see lower speeds on residential roads. We know that lower speeds mean fewer serious accidents, but it can also contribute to improving air quality and combating climate change.

“I would like to thank those who took the time to make the case for 20mph speed limits in their areas – your voice has been heard. Officers will continue feasibility work around plans for 20mph to become the speed limit for all residential roads in Cornwall and phase 1 will help inform their work on this.”

Andy Virr, Cornwall Council cabinet portfolio holder for adults and public health, said: “People are more likely to walk or cycle in places where they feel safe and the benefits of walking and cycling on our health and wellbeing is clear.”

Rod King MBE, founder of 20s Plenty for Us, said: “Rural communities across the country are demanding the same 20mph limits in their streets that many of our urban cities have had for some years. Cornwall is typical with a strong cross-county 20’s Plenty campaign and the response of Cornwall Council in initiating a move towards making 20mph the norm is to be applauded.”