UON graduate takes on the expedition of a lifetime 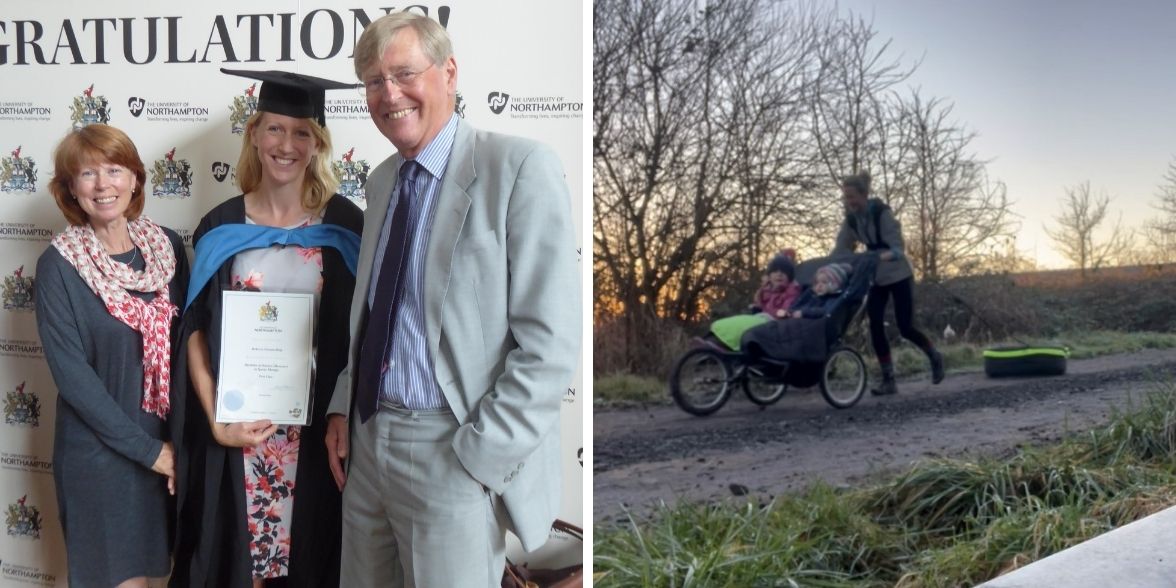 An intrepid graduate from the University of Northampton will form part of a fearless group of female trekkers aiming to tackle one of the world’s wildest regions.

Sports Therapy graduate, Rebecca Forster-Haig known as Boo, is one of ten women who will follow in the footsteps of war heroes, as they trek across the Hardangervidda plateau, in Norway.

The group of Forces Wives, hopes to be the world’s first all-female team to retrace the steps of a highly secret Allied mission, the Heroes of Telemark – the brave team which first made the trek across the Norwegian mountains, to blow up a Nazi-controlled heavy water plant in Norway, during WW2.

Boo, who is originally from Northamptonshire, now living near Devizes in Wiltshire, shared her motivations for taking part in the challenge which begins on Friday 18 March.

She said: “I wanted to take part in this challenge to remind myself of my sense of self and strength. I haven’t ever skied or seen more than a British snowfall, so I know this is going to be a real test of my resilience, but I’m ready for that challenge.”

Boo met and married her military husband, Glyn, while she was a student, and is now mum to two young girls, and three dogs. She said: “I’ve always been passionate about the benefits of physical activity, fitness and fun are at the centre of our family life. With two girls and the dogs, we’re always out doing something, I firmly believe that this helps our family manage the very unique challenges that come as part of being a military family, with frequent relocations and deployments.”

Boo has already clocked up the kilometres during her preparation for the five-day expedition, during which she, and the rest of the team, will pull their supplies as they ski across the snowy plateau, bedding down in exposed wooden huts each night before they reach the Hydro Electric power plant, which marks their finish line. She said: “I’ve certainly drawn on my academic knowledge to set my training regime in preparation for the trek.

“I’ve been reading lots about the female specific training and tailoring my regime to my strengths and focusing on where I know I need to build more strength.

“My family have been with me and supporting me in my preparation. I’ve been dragging my training tyre, which simulates the weight and drag of the kit, while the children have been walking next to me, as well as over the training weekends I’ve had with the whole challenge team.

“I have two young daughters, I have spent the last couple of years focusing on helping them to discover who they are, and along that journey, I feel like I’ve forgotten who I am a little bit.  My training regime has got me listening to, and understanding my body and mind, I’m rediscovering myself.”

Boo shared her thoughts going into the challenge. She said: “I’m trying to focus on the job I have to do when I get to Norway, it’s a deployment mindset, I suppose. It’s very daunting of course, but I know that the team of women taking part have plenty of grit, determination, humour, and kindness to support each other along the way. I can’t wait to get out on the snow.”

Follow Boo and the other Forces Wives challenge team members, as they take part in the trek this March, on social media using #FWCHoTLadies.

Lecturer is ‘Fixed’ on hat trick of movie award nominations

New outlook for community centre thanks to UON graduate