The breath hold technique has been used at Ipswich and Colchester hospitals for many years. But now it is being supported by a new visual coaching device (VCD) at Ipswich Hospital to treat breast cancer patients.

By taking in a deep breath and holding it during radiotherapy treatment, the lungs expand, and the breast moves away from the heart. This stabilises the chest wall and minimises the dose of treatment the heart receives.

The new equipment monitors a patient’s breathing thanks to a small box, which is placed on their chest and picks up their breathing pattern. The box has a visual display that shows a bar moving up and down, and a target area to aim for while their breath is held.

Having this video coaching in place helps to reduce the length of time a patient spends in the treatment room and alleviate any potential stress or worry they may be feeling.

Jill Southgate, 58, from Ipswich, has been using the breathing monitor as part of her radiotherapy treatment.

She said: “I found the monitor very useful and easy to use. Being where it was (the cancer), it can be difficult to set up, that’s why the machine helped so much. It’s a fantastic device

“It really helped me keep my breath at the correct level when holding my breath. It was simple to use, and it gave me something to concentrate on as there’s a lot going on during the treatment.” 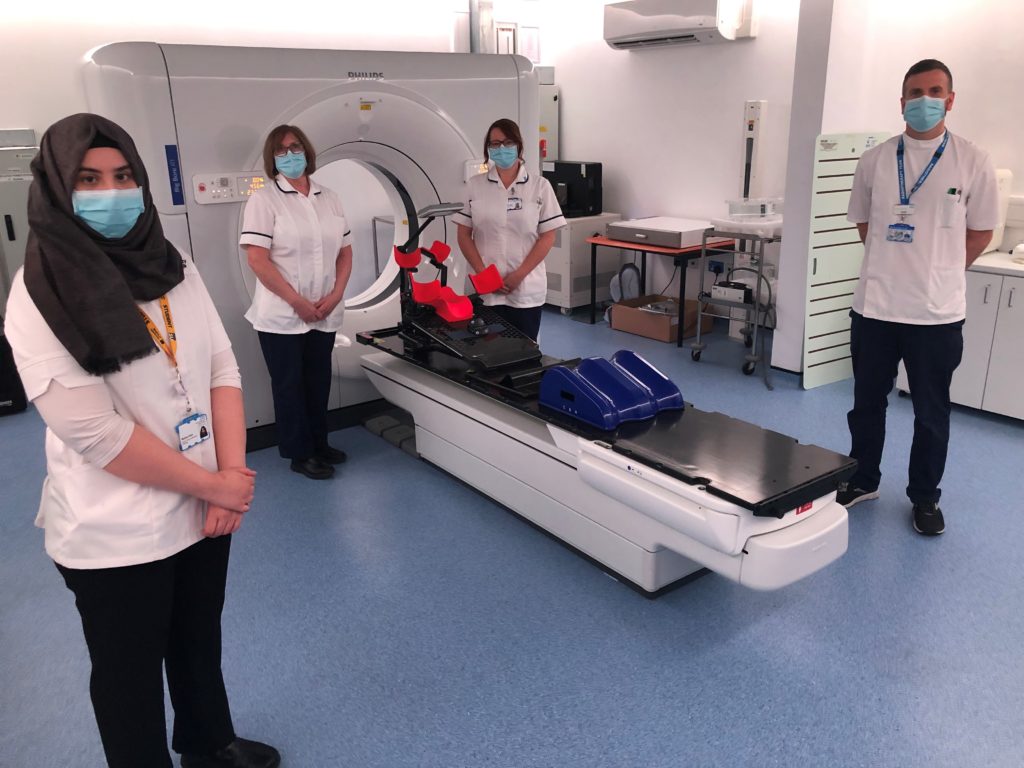 Consultant breast radiographer Rachel Laker said: “Prior to the VCD we could only coach patients over our intercom. They couldn’t see anything to help them judge how big a breath to take.

“This gives the patients some control over their treatment. They can see exactly where they need to breathe to and that they’re getting to that point on the screen. It also helps us because we are getting that consistency for their treatment too.”

Radiotherapy treatment specialist Dale Fowler said: “Patients are in control of their breath hold for the duration of their appointment. The treatment stops when they need to breathe out and restarts once they hold their breath again. This process continues until all the treatment has been given.

“We help patients practise their breathing and use an intercom system to support them and give instructions throughout.

“There are different ways doses of radiotherapy to the heart can be reduced. Breath hold is just one which may be helpful to our patients. If this method isn’t comfortable for them though, we can go ahead with another way of minimising the dose to the heart.”

For now, the VCD is just being used to treat breast cancer patients, but it could be used for others in the future too and in other hospitals run by ESNEFT. 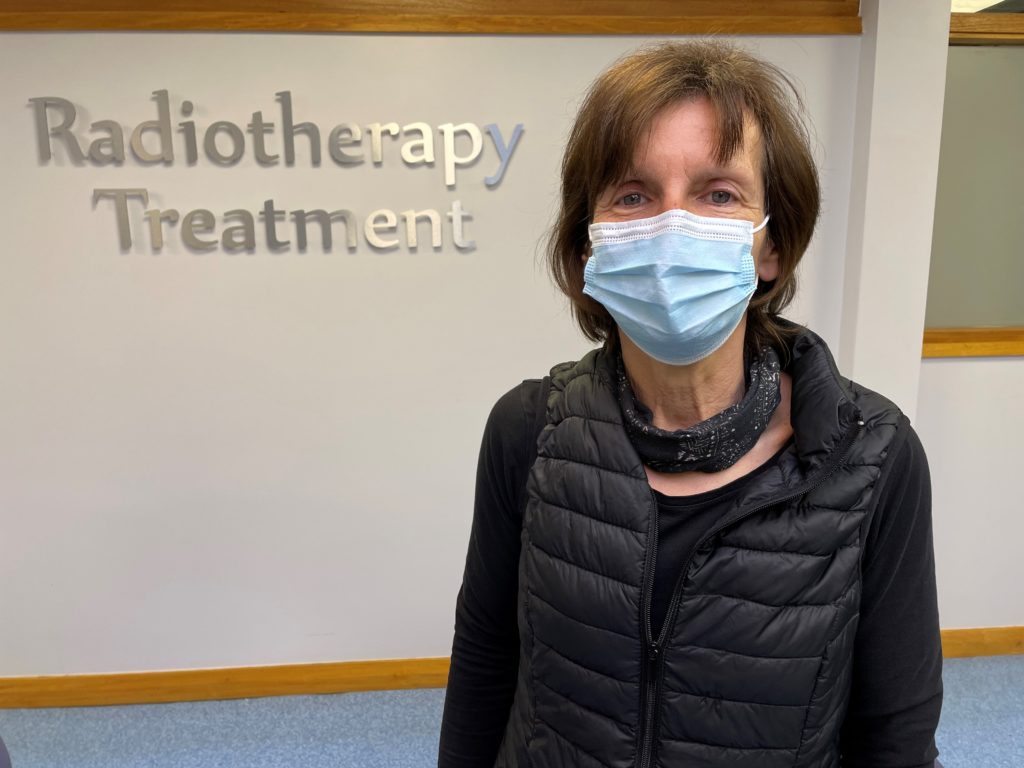 Jill Southgate has praised the care and treatment she’s received

Jill was diagnosed and treated for breast cancer after her mum was also diagnosed with the disease.

She got a lump in her right breast checked out that was previously benign during the third national lockdown before being diagnosed almost a year ago on 7 April.

It was actually her 93-year-old mum’s diagnosis with breast cancer the month before though, which prompted her to get it looked at again.

Jill said: “I’d had a lump for years which was checked before and was fine. I thought it was just a lump and even when I went away after coming in during the lockdown, we all still thought it was benign. It was only through the biopsy they could tell it wasn’t, but it was thanks to mum that I got it checked.”

Within weeks, Jill was booked in for surgery and had a mastectomy to remove her right breast on 6 May, before having a second operation to take out some additional lymph nodes which were found to be cancerous. This was then followed by three weeks of radiotherapy treatment.

She has praised the support she’s received from Ipswich Hospital’s cancer and radiotherapy teams, including that of the John Le Vay Cancer Support and Information Centre.

“The service has been brilliant, they’re such a good team here. I’m very lucky.”

Jill’s mum has responded well to treatment, and although she has not had surgery, her cancer has shrunk.

Jill is also doing well and has regular check-ups. She added: “We’re hoping it’s all gone.”

Temporary suspension of ward visiting in all ESNEFT hospitals