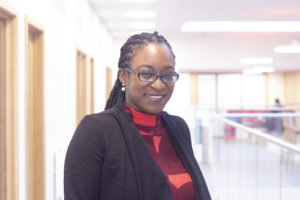 Dr Nkem Adeleye, Senior Lecturer in Law has recently published an article in the San Diego Law Review on the illegality of executing prisoners on death row after a lengthy incarceration. This is known as the death row phenomenon.

The death row phenomenon is one of the several debates on the legitimacy, constitutionality, and acceptability of the death penalty which have arisen throughout the years. It refers to the psychological effects on prisoners of being on death row for a prolonged period while awaiting an imminent execution under harsh conditions of confinement. Having been declared a violation of a customary norm of international law by several international tribunals and national courts.

Dr. Adeleye’s article explores the possibility of the death row phenomenon, as a legal concept, becoming widely accepted and ultimately preventing the execution of another category of offenders. The existence of a lack of judicial consensus arising from different standards set by these international, regional and domestic courts in the determination of what constitutes delay could be an obstacle to this development.

The article suggests that if pursued diligently, the death row phenomenon could become universally accepted as an unacceptable practice, and a standard could be set under international law which would become binding upon national courts.

To find out more about our LLB (Hons) Law degree, please visit the course page.

Newman lecturer named a Fellow of the Institute of Consulting

Holiday Activity and Food programme set to continue to 2025