Local people of Lyme Regis and Charmouth will go to the polls on Thursday 7 April 2022 to elect a new councillor for Dorset Council. 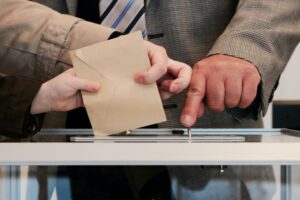 There are four candidates all representing different parties following the resignation of Cllr Daryl Turner earlier this year:

Information is available on the Dorset Council website.  Details of all the polling stations are also on the website.

Jonathan Mair, Director of Legal and Democratic at Dorset Council, said: “Councillors play a key role in Dorset and are the voice of the community, representing local people.

“They help shape future services by collectively carrying out policy making and contributing to the formation and scrutiny of the council’s policies, budget and strategies. By representing the views of local people, councillors ensure that local interests are heard.

“We urge residents of Lyme and Charmouth to cast their vote and have their say in which candidate best represents them.”

Project has transferred over 4 million documents in one year

Celebration for people who have helped change children’s lives

Love Your Verge – protecting wildflowers and wildlife on Dorset’s roadsides