Last month RWCMD’s annual School’s Opera Project welcomed back schools from South Wales into the College, after a year of performing it online. Around 300 school children came to the Dora Stoutzker Hall to watch Dr Ferret’s Bad Medicine Roadshow and take part in workshops led by students. 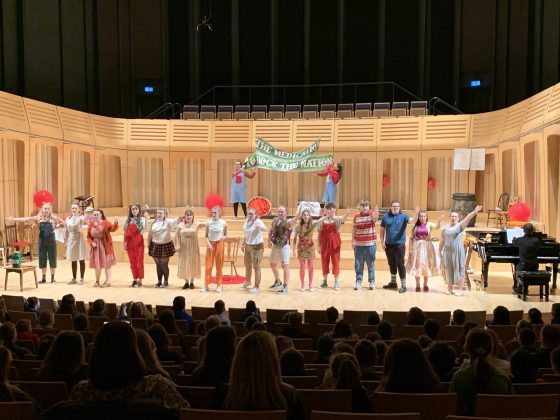 Each year, our second-year vocal students create, devise and lead a series of workshops for local schools concluding in the performance of a fun and engaging short opera.

It’s an integral part of their training as professional musicians, getting to grips with what it takes to provide musical education and learning and development work, while developing their performance, presentation and organisational skills.

Dr Ferret’s Bad Medicine Roadshow, a 40-minute children’s opera devised by composer Stephen Deazley and librettist Martin Riley is based on four poems from Hilaire Belloc’s Cautionary Tales for Children. Directed by Angharad Lee, the students told the gruesome stories of Matilda, Henry, Jim, and George, warning all the young (and young at heart) people of the perils of being naughty.

‘Our pupils thoroughly enjoyed the school-based workshop and enjoyed the production at the Royal Welsh College of Music & Drama even more. Thank you for providing this experience for our pupils’ – Abercanaid Community Primary School

Opera, although engaging, can be seen as a difficult art form for children to connect with and relate to. So it’s our student’s job to capture the interest and imaginations of the younger generation by creating and leading these inspiring workshops. 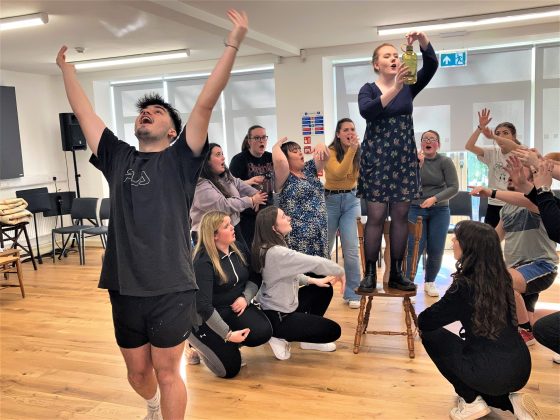 Each workshop provided lots to get involved in, aiming to demystify the world of opera and allowing children to try their hand at acting and singing, preparing them for watching the show so that they could get the most out of the experience.

With the majority of workshops taking place before the performances, the children could then recognise the students they’d been working with and use their newly found knowledge to answer questions about opera before and after the show.

‘The experience of working as a year group was so special, we were able to learn so much about the energy needed to create such an interesting opera and the way the children in the audience reacted to the show was so rewarding,’ said undergrad Voice student Anna Grieve.

‘Seeing the more shy children blossoming at the end of the workshops after they’d started to interact with us inspired me to think about how much impact a music workshop can have on a child.’ 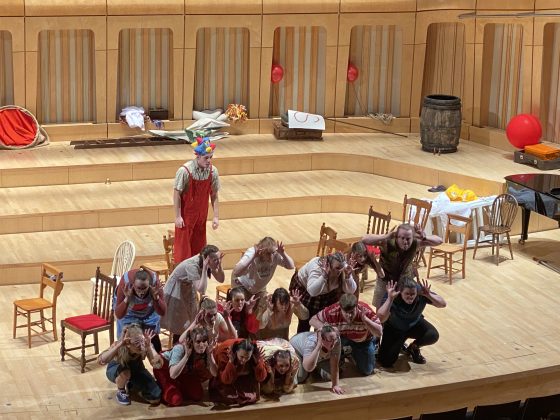 A big thank you to Western Power Distribution and First Campus for supporting the School’s Opera project.

And thanks to the following schools for taking part in both the workshops and performances: