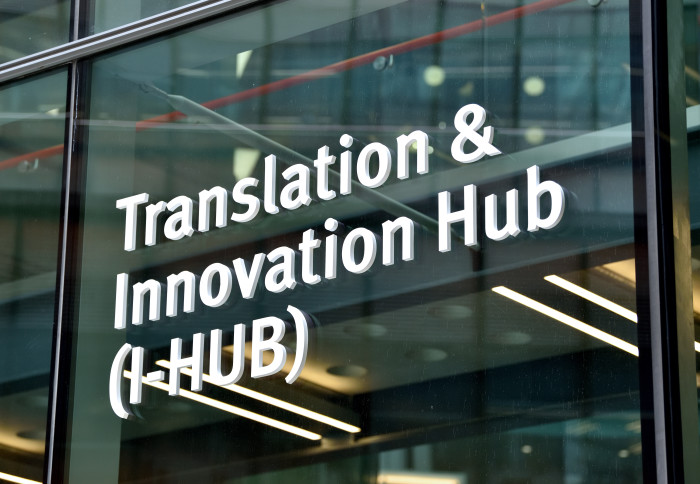 Imperial’s Institute for Security Science and Technology will lead NATO innovation headquarters in the UK.

Through the work of the Institute for Security Science and Technology (ISST), Imperial College London has been selected as the location for one of two global headquarters for NATO’s Defence Innovation Accelerator for the North Atlantic (DIANA).

As a global university we are committed to working across borders and disciplines, and to using our expertise and influence to shape innovation and policy to ensure the safety and security of our systems and communities. Professor Mary Ryan Vice Provost for Research and Enterprise

The headquarters for DIANA was awarded to the UK and Estonia governments following a joint bid, drawing heavily on Imperial’s activities in the Translation & Innovation HUB (I-HUB) – where the headquarters will be based – and the wider White City Innovation District.

The I-HUB has rapidly become a key place for security innovation thanks to the ISST Innovation Ecosystem which co-locates major companies alongside government, serving as one of the inspirations for the new DIANA initiative.

The UK’s accelerator will be twinned with a new accelerator in Tallinn, Estonia to encourage the sharing of expertise, explore the use of virtual sites to trial vehicles, including autonomous ones, and test cyber innovations.

DIANA will support all seven of the emerging and disruptive technologies that NATO has identified as priorities: artificial intelligence, big-data processing, quantum-enabled technologies, autonomy, biotechnology and space. Importantly, all of these technology domains can be described as being dual-use, having applications beneficial to society aside from national security.

The importance of security and resilience for continued population health and prosperity has become increasingly clear with multiple challenges such as the global COVID-19 pandemic and conflict in Europe. Universities have a crucial part to play in tackling these challenges, not only by providing the ground-breaking science that precipitates innovation, but also by shaping a values-based innovation agenda and working with our partners in Europe.

Professor Deeph Chana, Co-Director of Imperial’s ISST said: “As one of the top STEM-B universities in the world, in one of the most diverse cities, Imperial College London is uniquely placed to power a progressive, responsible and holistic dual-use security and defence technology innovation program by hosting DIANA.

“Coordinated through our Institute for Security Science and Technology and Imperial College Business School we’re committed to working on disruptive research and innovation to reduce insecurity and to deal with global threats and challenges.”

Professor Mary Ryan, Vice Provost for Research and Enterprise said: “Our mission is to deliver real world benefits to society through excellence in Research, Education and Translation. As a global university we are committed to working across borders and disciplines, and to using our expertise and influence to shape innovation and policy to ensure the safety and security of our systems and communities. I am delighted that Imperial will be hosting the new innovation headquarters and look forward to engaging with our partners in this important and timely programme.”

DIANA has origins in NATO’s Advisory Group on Emerging & Disruptive Technologies, chaired by Professor Deeph Chana. The Advisory Group was specifically set up to look at how NATO could respond to emerging and disruptive technologies, as tasked by NATO’s Innovation Unit, led at the time by Rob Murray.

The Group’s 2020 annual report recommended that NATO create an agile innovation ecosystem for exercising, developing and growing its competencies in Emerging and Disruptive Technologies (EDTs). The triple-helix model whereby academia, government and industry convene around common objectives – as typified by the ISST Innovation Ecosystem – was recommended as a specific feature of the suggested NATO ecosystem.

Continuing this model, Imperial will bring together academia with the UK’s Defence and Security Accelerator (DASA), innovative startups, major defence contractors and the US Department of Defense’s Tri-Service Office in the I-HUB.

David van Weel, NATO’s Assistant Secretary General for Emerging Security Challenges said: “If the defence and security community wants access to our society’s most promising innovation, we need to be at the heart of where this happens—Imperial College London provides a fantastic ecosystem for DIANA’s launch.”

The ISST is one of six Global Challenge Institutes at Imperial College London, created to address some of society’s biggest challenges through interdisciplinary working.

White City Innovation District, of which the I-HUB is part of, is a partnership between the College and the London Borough of Hammersmith and Fulham (LBHF), home to some of the world’s most innovative organisations, spanning life sciences, deep tech, media and the creative arts. Together with the local community, global businesses like Novartis and Airbus are establishing the district as a major economic and cultural hotspot.

Deep tech is crucial to the next great wave of innovation, say experts | Imperial News