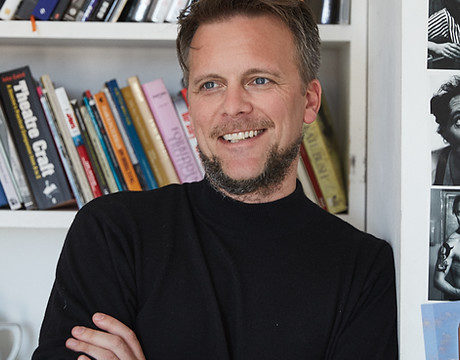 One of Sandwell College’s successful alumni, Russell Lucas, is set to star in The Bobby Kennedy Experience opening in Birmingham later this month.

Director, writer, performer and producer Russell Lucas studied Performing Arts at Sandwell College. He is also a qualified lecturer and assessor who has delivered workshops at the National Youth Theatre and Old Vic.

His one man show ‘The Bobby Kennedy Experience’ recently made its UK premiere at Cambridge’s Town and Gown theatre, and is now due to open in Birmingham at The Old Joint Stock Theatre on April 23 and 24.

After scoring hits with Julie Madly Deeply in New York and An Evening Without Kate Bush at Edinburgh Fringe, Russell and director Sarah-Louise Young have created a new piece of theatre about the second most famous member of America’s most famous family. The play, which studies the life of the most famous man never to become president, stars Russell, who previously played RFK in a National Geographic documentary in 2013.

Russell Lucas is a London-based artist who creates work for the theatre and online. His projects range from his one man show The Bobby Kennedy Experience, to co-producing and directing the Theatremakers series for Digital Theatre+. He directed the global smash-hit Julie Madly Deeply (West End and Off-Broadway), and the UK premieres of The Fat Man’s Wife by Tennessee Williams and The Understudy by Theresa Rebeck. He has been in the theatre all of his life and now runs an online channel where he talks to artists about making a long career in the arts. His new book 300 Thoughts For Theatremakers is out this year.

Russell says of his time at college: “Sandwell College absolutely saved me and set me on the way. It was one of the best times in my life, actually. Full of creativity.”