A Thornaby mum has taken it upon herself to raise awareness of Smith-Lemli-Opitz syndrome, where a symptom linked to the rare condition took the life of her nine-month-old daughter. Now she is raising money for the hospitals that looked after her. 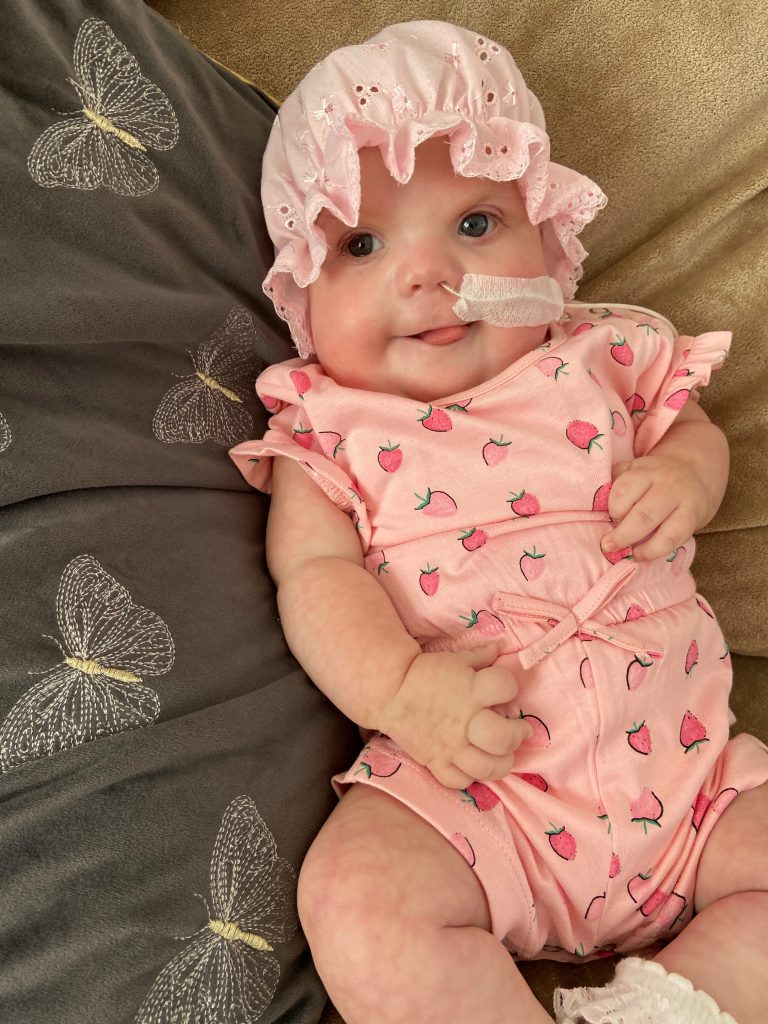 On Tuesday 22 September 2020, health care assistant Lisa Rogers made her way to the University Hospital of North Tees when she had concerns about her baby’s movements following a healthy pregnancy.

Lisa’s labour was induced and at 6:25am on Friday 25 September she welcomed Nancy Jo Anne Rogers, weighing six pounds three ounces, to the world by caesarean section. It was only upon Nancy’s arrival that she and her midwifery team recognised something was out of the ordinary.

Lisa, now 40, said: “When she was born, she didn’t cry. She had difficulty breathing – she had a wheeze.

“The only thing I remember saying was that she only had four fingers – she didn’t have her little finger on her left hand.”

Nancy was taken straight to the special care baby unit which cares for premature or seriously ill new borns. It was found that Nancy had problems with her heart and kidneys, slanted eyes, webbed toes, a missing finger and she could not suck or swallow. It was suspected that Nancy had a syndrome.

The following Sunday evening, Nancy was transferred from the University Hospital of North Tees to the paediatric intensive care unit at the Freeman Hospital.

Lisa continued: “Two days after giving birth by C-section, I was travelling to Newcastle. I needed time to heal but Nancy came first.

“I was allowed to change her and hold her but she was so poorly. A doctor there asked me if I understood how poorly she was.

“He told me to take her home to meet her family because she won’t be here in 48 hours. They’d done all they could and we just had to wait and see now.”

The following month, Nancy was diagnosed with Smith-Lemli-Opitz syndrome (SLOS) – a condition which affects multiple body systems, including the internal organs, growth and intellectual development, facial features, fingers and toes.

Symptoms of SLOS differ from person to person. Some people may have more symptoms than others and symptoms can range from mild to severe.

Those with the syndrome also have abnormally low levels of cholesterol in their blood. Lisa knows of only two other individuals in the North East with this condition – one of whom sadly died.

Nancy surpassed expectations and her estimated 48 hours to live, and continued to grow and develop.

Although she remained under the care of several hospitals and specialists across the North East, Nancy lived a full life. She enjoyed her first Christmas at home, went on three holidays and laughed as she spent time in the water. 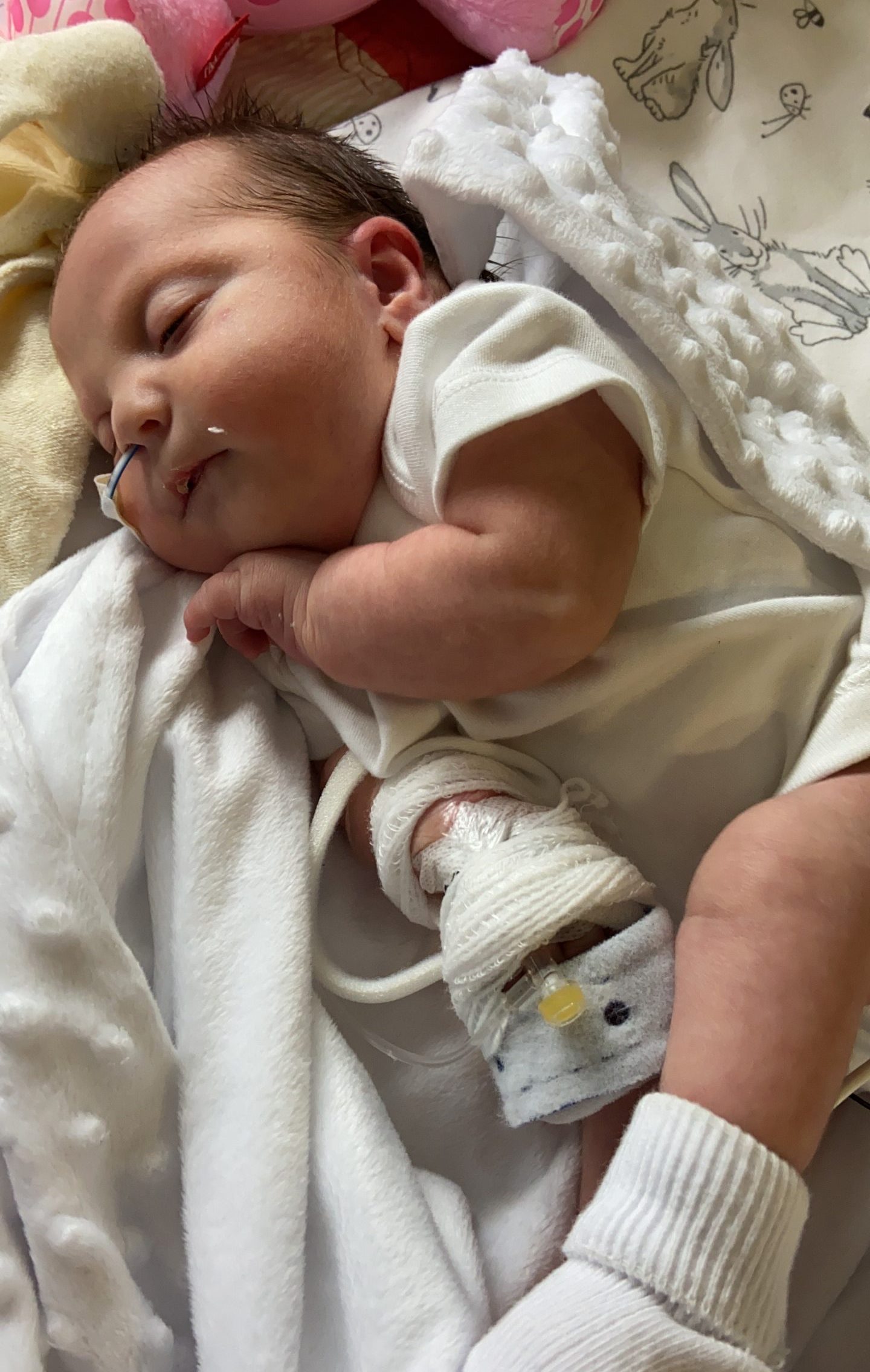 “She laughed constantly, she started waving and smiling. She developed her own little character.

“All the things we thought she would never do, she did. And more. For a baby that was so poorly, she accomplished more in her nine months of life than most of us do in a year.”

On 5 July 2021, Nancy was taken to the University Hospital of North Tees by ambulance where she received treatment after Lisa noticed she was struggling to breathe.

She sadly died on the children’s ward two days later of heart failure and sepsis.

Lisa continued: “I was sat with her the whole time and one minute she was quiet and not moving much, then a few hours later she was lively and kicking her legs, playing.

“I was holding her in my arms and when I thought she’d gone to sleep, I put her back to bed and put her oxygen mask back on her and she just flopped to one side and was gone. She’d died in my arms.

“Doctors and nurses worked on her for 57 minutes. But she was ready to go – she was tired and she’d had enough. We say now that she didn’t want me to have to make that decision to give her open heart surgery which only has a 10% survival rate.

“Nancy made her own decision.”

Since Nancy’s passing in July last year, Lisa and her family have dedicated themselves to raising awareness of SLOS and raising money for the organisations who helped Nancy.

She has raised and donated money, along with blankets and clothing, to the special care baby unit at the University Hospital of North Tees.

Lisa said: “I can’t describe how thankful I am to everyone in the special care baby unit at North Tees – to Zoe Kitching and Jayne Jobling especially.

“Jayne came to Nancy’s funeral and continues to be a great support to me, as are a lot of other nurses.”

“Nancy simply wouldn’t have had her nine and a half months without the NHS.” 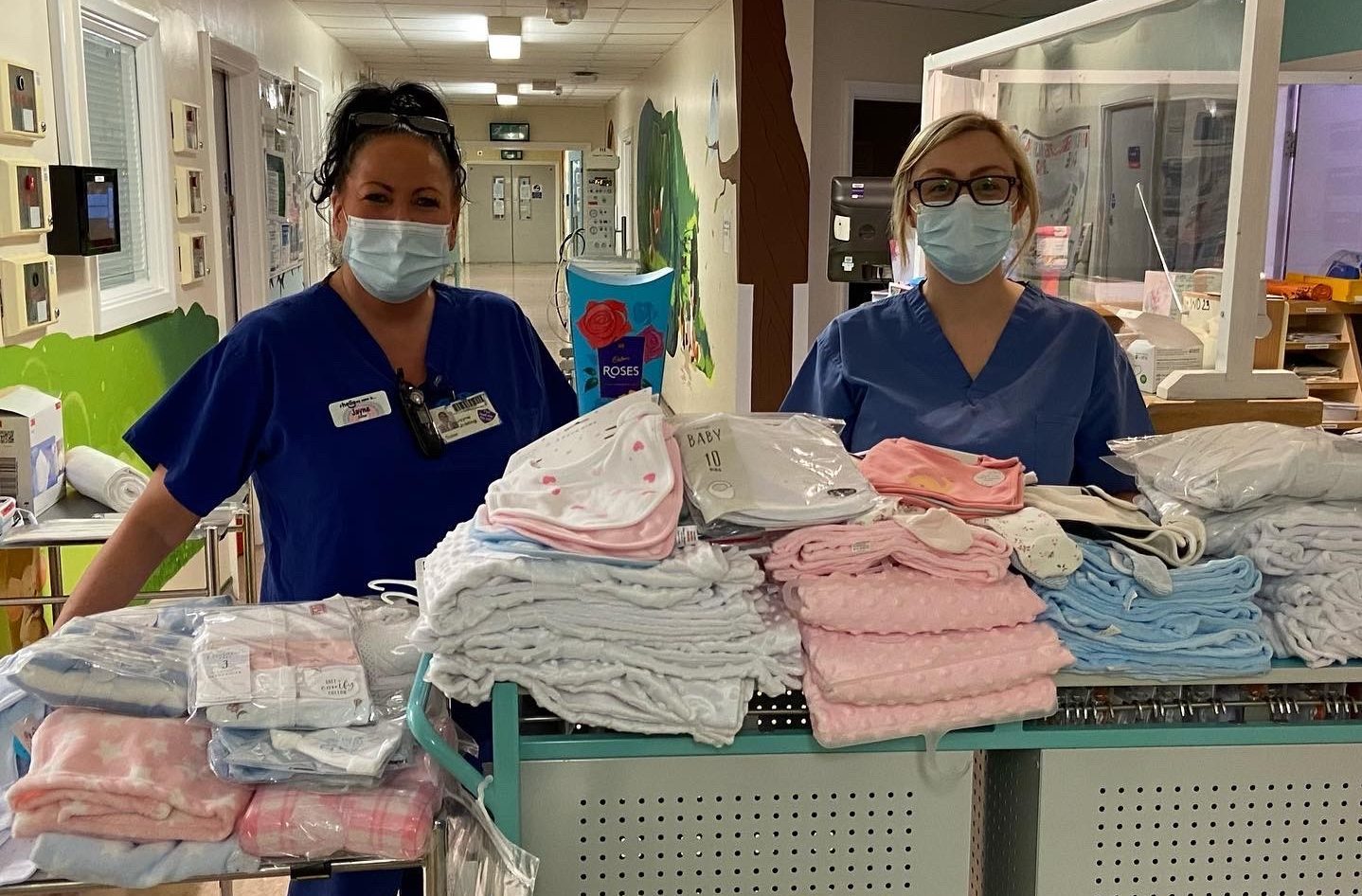 Lisa has also raised money for the Children’s Heart Unit Fund at the Freeman Hospital.

If you would like to donate to Lisa’s cause, please visit her JustGiving page.

Lisa has set up a dedicated email address to offer to support those with, or who know someone with, SLOS. To get in touch, please email lisarogers.slos@gmail.com.

Coaching can benefit you, your team and your patients – North Tees and Hartlepool NHS Foundation Trust

Have your say on Hartlepool Borough Council elections