George won the brief (which was open to all students at the College) with his bold and colourful design, which grabs the attention of passers-by.

He has captured Leeds as the ‘Creative City’ within the mural, illustrating sculptures by historical notable artists Henry Moore and Dame Barbara Hepworth (both Leeds College of Art alumni), as well as some of the creative institutions in the city – The Corn Exchange, West Yorkshire Playhouse, Leeds College of Art, The Belgrave and Hyde Park Picture House.

George, along with a team of final year illustration students (Melissa Banks, Ian Fulcher, Tilly Butters and Charlotte Curnick), painted the double sided 6-metre wide mural on Sunday 6 November at Leeds Train Station, which will be there for daily commuters and Leeds’ visitors to admire for the next three weeks.

Below is a selection of images from the day.

This live art installation is one of the many activities taking place this month in celebration of the College’s milestone anniversary, finishing with an evening celebration party at Leeds City Museum, one of the original art school buildings, on 16 November.

George has also been working on artwork for the next issue of Independent Leeds magazine, published the same day as our anniversary party on 16 November – keep a look out for it! 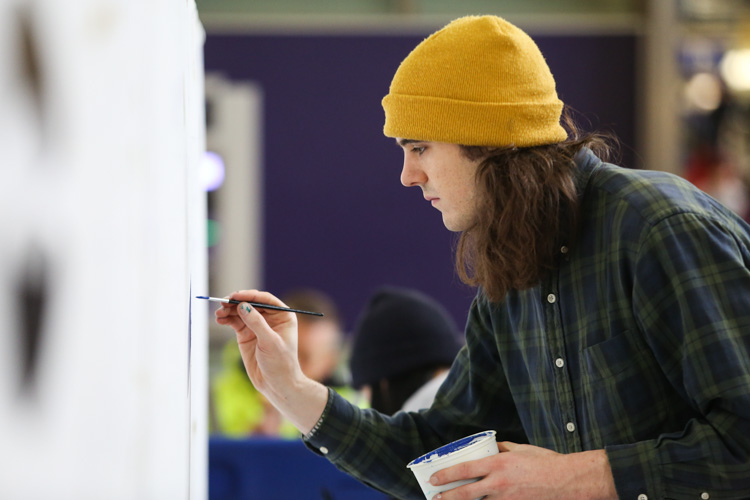 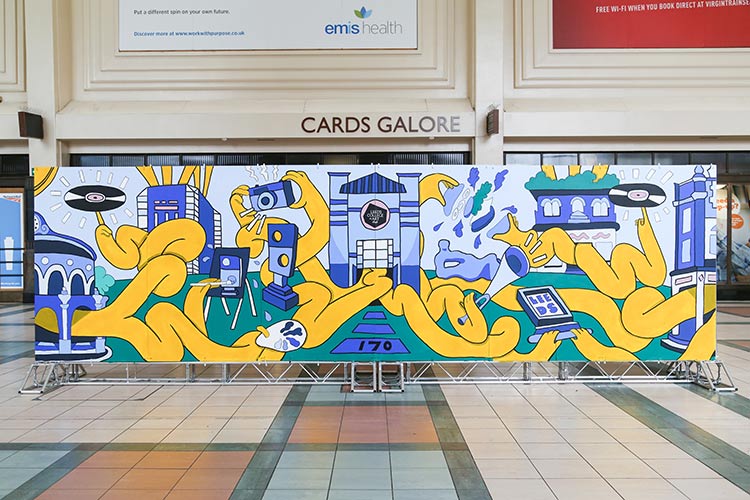 Have your say on plans to extend Dewsbury Road cycle route