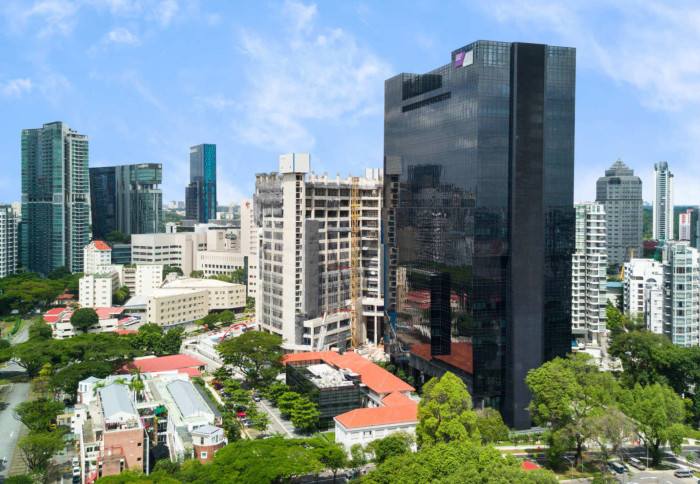 Imperial and NTU are exploring new opportunities for collaboration in education and research as they enter the next phase of their partnership.

We look forward to exploring new and exciting opportunities for collaboration with NTU within LKCMedicine and across research and education more widely, building on the complementary strengths of both institutions. Professor Ian Walmsley Provost

The two institutions will successfully conclude their 18-year partnership agreement on the Lee Kong Chian School of Medicine (LKCMedicine) as planned in 2028, pledging to deepen their ties. LKCMedicine will move to being solely overseen by NTU Singapore.

A range of other collaborations in postgraduate education and research in areas such as healthcare devices and systems, public health, sustainability and climate change, are also being considered, drawing on both Imperial’s and NTU’s strengths in engineering.

Professor Alice Gast, President of Imperial College London, said: “It has been a privilege to work with NTU and to help ensure that our vision for LKC Medicine came to fruition.

“Together we have successfully delivered a world class medical school for Singapore which is producing first-rate doctors that will have an impact on Singapore’s healthcare system long into the future.” Professor Alice Gast President of Imperial College London

“Together we have successfully delivered a world class medical school for Singapore which is producing first-rate doctors that will have an impact on Singapore’s healthcare system long into the future.

“As we move to a new phase of our partnership, I am confident that the school will go from strength to strength and we look forward to more areas of collaboration with NTU.”

NTU President Professor Subra Suresh said: “The collaboration between NTU Singapore and Imperial College London to establish Singapore’s newest medical school has been a major achievement. Having Imperial as our strategic partner was instrumental in NTU’s efforts to create a top-quality medical school from scratch within a short time frame. This partnership between NTU and Imperial designed a unique curriculum for medical education that made use of the latest technology, and shaped the standards of teaching, learning and governance.

Prof Suresh added: “To date, four cohorts of medical doctors have graduated from LKCMedicine and are now contributing in Singapore’s healthcare sector, and the fifth cohort will enter medical practice next month. Both NTU and Imperial College London can be very proud of LKCMedicine’s success, progress and maturity as a medical school.”

Professor Ian Walmsley, Provost of Imperial, said: “We look forward to exploring new and exciting opportunities for collaboration with NTU within LKCMedicine and across research and education more widely, building on the complementary strengths of both institutions. Singapore remains a key strategic location for Imperial, and we are enthusiastic to continue to work with our partners there.”

Developing the next generation of Singaporean doctors

LKCMedicine – which was officially opened in 2017 by the then Deputy Prime Minister of Singapore Teo Chee Hean, an Imperial alumnus (MSc Computing 1977) – builds on Imperial’s world-renowned medical curriculum as it trains the next generation of Singaporean doctors.

The innovative curriculum takes a patient-centred approach, harnessing team-based learning and the latest digital technology. As the LKCMedicine programme developed, it has influenced Imperial’s own medical curriculum, and Imperial and LKCMedicine students now take part in an annual exchange.

Professor Joseph Sung, LKCMedicine’s Dean and NTU Senior Vice President (Health and Life Sciences), said: “Our team-based learning, early clinical exposure, and students’ enthusiasm for self-learning are the foundations of our success. We are also proud that at the height of the COVID-19 pandemic, our doctors are on the frontlines, joined by our fourth-year and fifth-year students who donned PPE (personal protective equipment) and worked alongside the doctors and nurses in hospitals as volunteers or as healthcare assistants.”

In the initial years, the Dean of the Faculty of Medicine at Imperial also served as the Dean of LKCMedicine, with Imperial playing a leading role in the training of key staff. As LKCMedicine reached a steady and mature state, NTU appointed a new LKCMedicine Dean, Professor James Best, in 2014 who provided full-time leadership in Singapore. The school’s faculty members are all now fully based in Singapore and include a number of clinicians from the National Healthcare Group (NHG).

In November, Imperial will host the Transform MedEd conference, organised with LKCMedicine. Building on the success of the inaugural conference in 2018, Transform MedEd brings together an international array of eminent speakers, educators, innovators, students and partners in an exciting mix of discussion and debate, showcasing innovative solutions to inform the future evolution of global medical education.

REGISTER FOR THE EVENT