When will I be getting my £150 Council Tax energy rebate? How much are Everton FC paying for the Bramley Moore Dock fee? Why is the council not supporting the airport’s expansion plans?

These are just a few of the big questions that will be addressed tomorrow when the Council’s Cabinet meet in Liverpool Town Hall.

And it will be no ordinary Cabinet meeting.

Tomorrow marks the start of a new chapter with a new monthly format for Cabinet meetings which is aimed at making your council and its decision making process more open and transparent.

To reflect this major change (which is a direct result of a recommendation from last year’s Best Value inspection) to instill more transparency at the heart of the city’s democratic machine, we’re also changing how we report the meeting.

We’ll be taking a fresh approach on how we report on the policies and topics to the decisions – and those who made them – as well as the debates both inside and outside the Town Hall.

Issues such as the airport’s plans has already attracted attention (as below), and we’ll also be looking at how the media report the meeting. 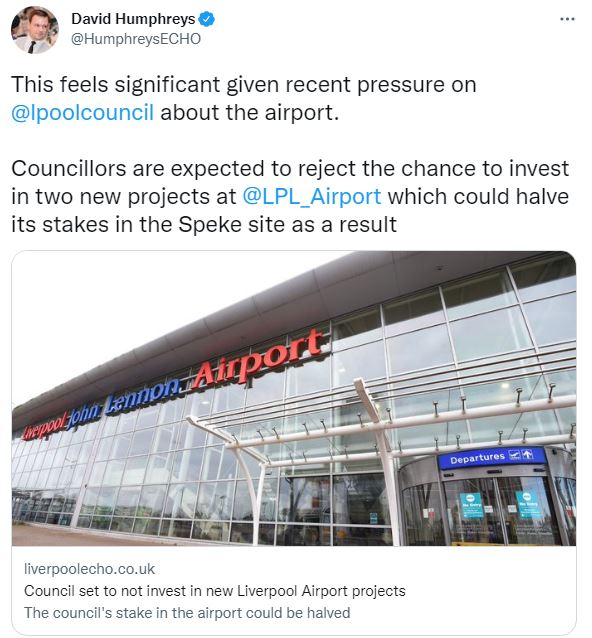 We’ll also be livestreaming proceedings but don’t worry, if you can’t catch it as it happens – it will be posted on YouTube (yes, the council has a YouTube channel here) for you to watch back and see what happened.

Tomorrow’s Cabinet is jam-packed with big issues (as already mentioned), and you’ll hear and see where the council is also spending millions of pounds on a whole range of services from schools and leisure centres to tree planting as well as what companies the council is part of and manages.

There’s also good news on the film front at the council’s new studios The Depot. If you don’t know about The Depot, this video should help:

We hope you can join us (Reminder: Cabinet starts at 10am) and be part of the discussion – during and after the Mayor and her Cabinet meet.

History made at Jimmy McGovern Freedom of Liverpool ceremony

BLOG: A City’s Solidarity Against Racism