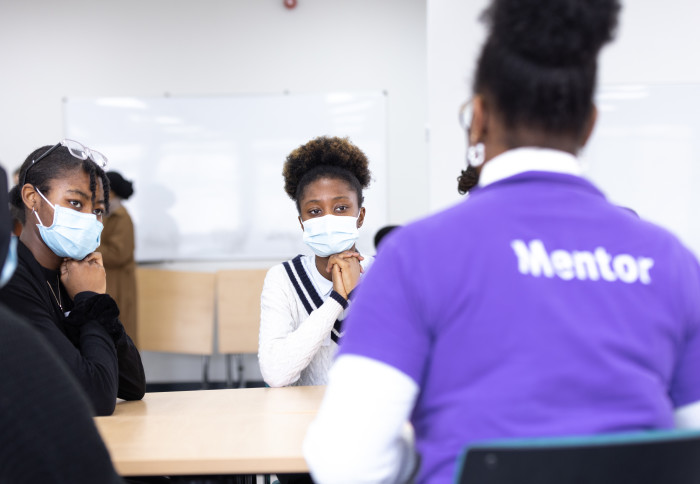 For the second year, Imperial students will mentor Black A-Level students with the aim of removing barriers to top-tier universities.

I think we should bridge the gap to help underrepresented people get into higher education. Evodie Tongomo Geology student

The second cohort of the programme recently launched in collaboration with Imperial College London. As part of this, ten Imperial undergraduate students will act as mentors to 20 pupils in year 12 at London state schools, offering guidance and invaluable insights into applying to and studying at a leading university.

The collaboration, launched last year, is an initiative by the College’s Outreach department supporting the College’s aspiration to double the intake of Black home students by 2025, as part of the Access and Participation Plan.

We spoke to some of the mentors on the programme, Geology student Evodie Tongomo and Biochemistry student Hollie-Jade Preston:

Evodie said: “I think we should bridge the gap to help underrepresented people get into higher education. I wasn’t aware that programmes like this existed when I was younger, and I would have appreciated the opportunity to speak with people who had gone through the process to learn from them and acquire skills that it took me a lot longer to get.

“It’s a bit of a shame that I didn’t have that, but I’m happy to lend that help now. I think self-confidence is a huge thing because my biggest issue was doubting myself the whole time and the confusion of where to start with personal statements and interview preparation. I didn’t even know how to plan for those things. I think giving people that knowledge is helpful.” 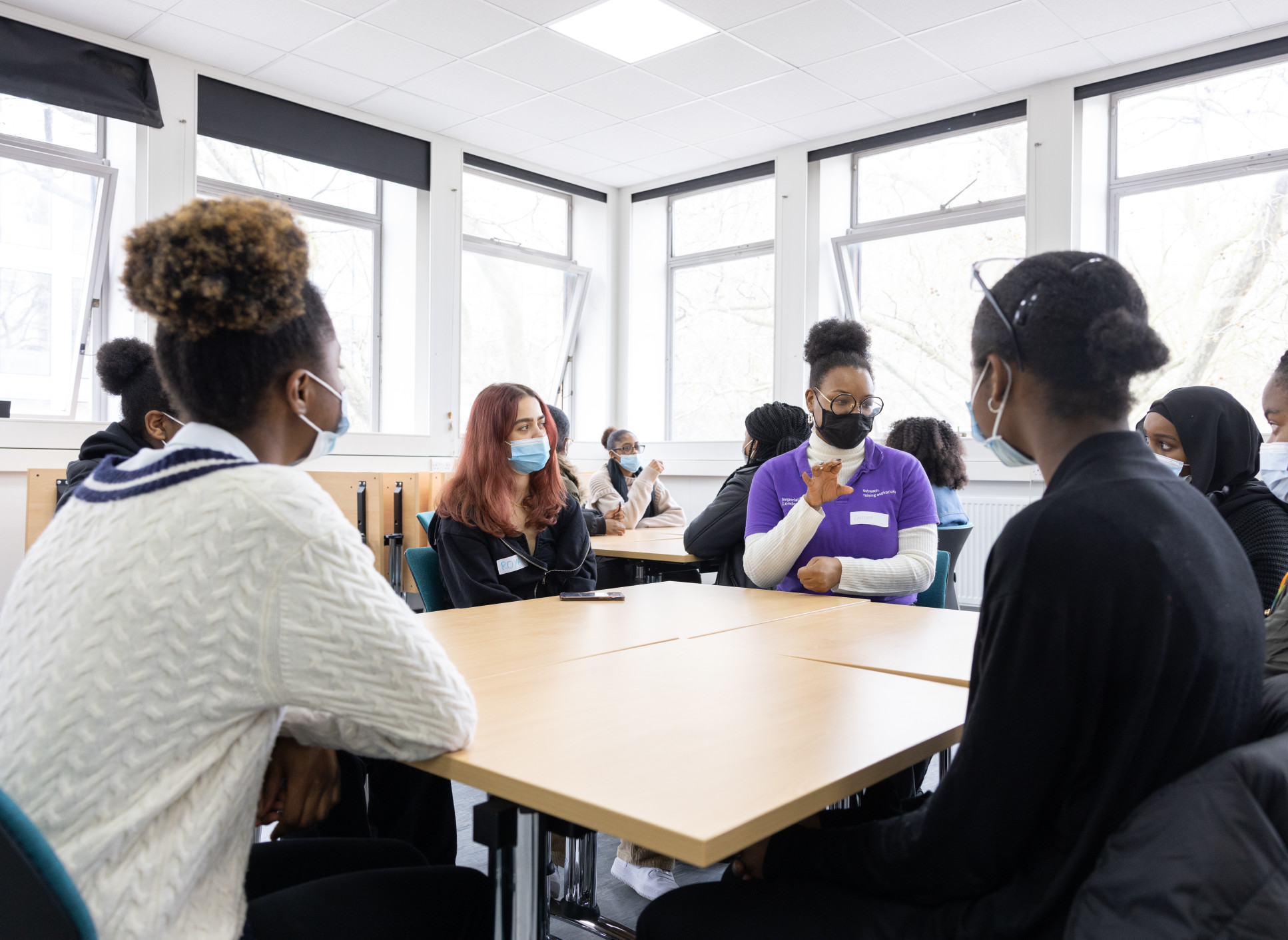 Hollie-Jade Preston added: “I did a lot of outreach programmes when I was in sixth form and they were a huge factor for why I applied for more selective universities. I had support from my sixth form, but it wasn’t to a massive degree, so I want to help people who are in the same situation that I was in. I love Imperial so I think it’s great to try to get more people to come here.

“What I want to pass on is the belief to be confident in yourself and your ability. Even if there are people who are not giving you all the backing you need, you don’t need them, you have the skills to do it yourself. Going past the application process and coming into these institutions, I want people to know that they belong here and for them to feel comfortable here. I also want people to know that there’s more to university than the academic side.”

We also spoke to some of the local students who will be mentees on the programme.

Christian, who wants to study Computer Science, said: “I wanted to get involved with Insight because I felt it would give me the edge and the help that I need to achieve my aspirations. It’s nice to hear the advice and experiences of people who have probably been through the same things that I have when they were doing the same process.

“It’s also good to meet with like-minded people to see how they’re going through the university application process so we can help each other. I’ll hopefully benefit a lot from it.” 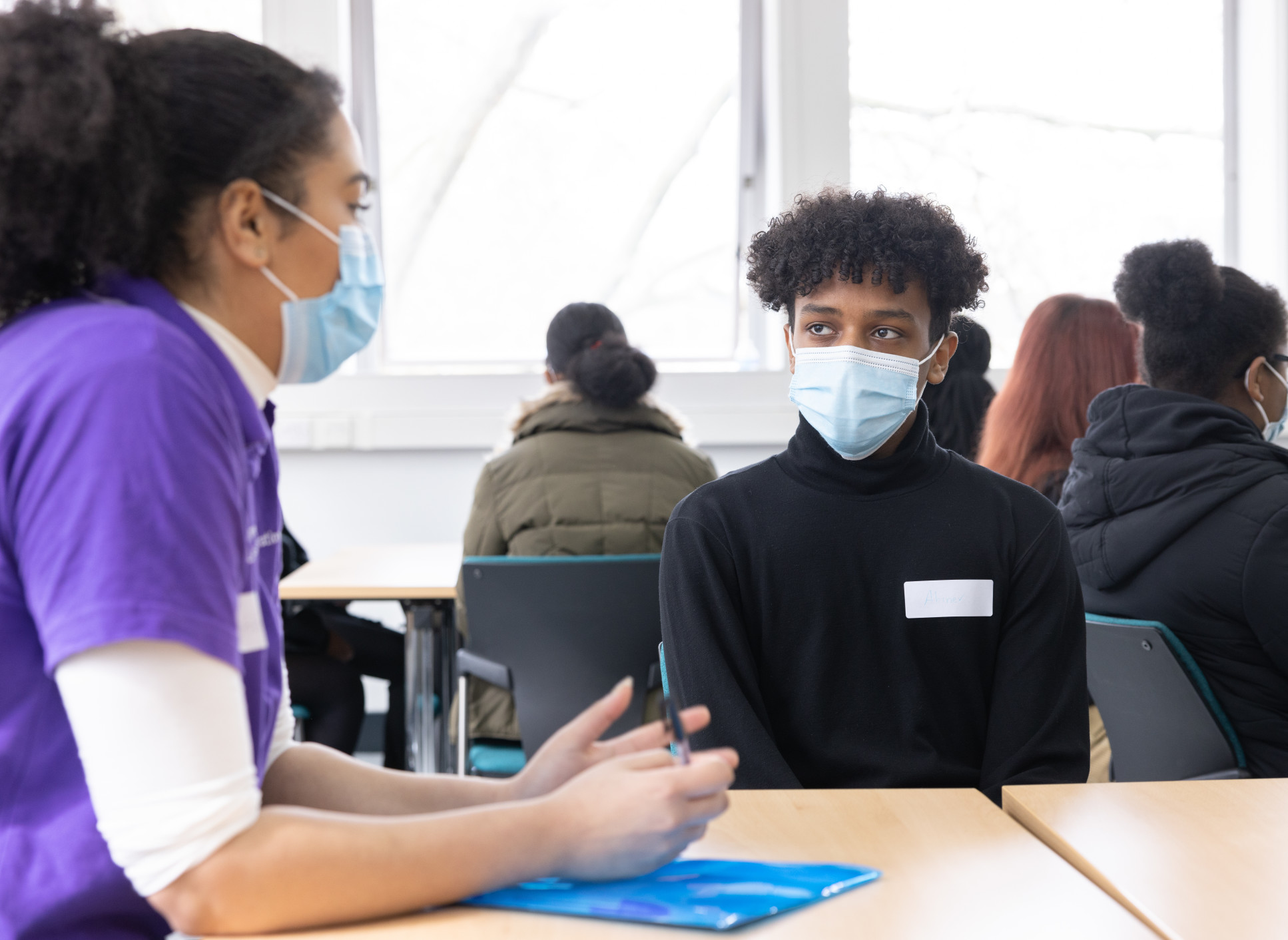 Rihanna, who wants to study Medicine, said: “I wanted to be sure that Medicine was something I wanted to do, which is why I joined a lot of outreach programmes like this, because I want to be able to speak to people who are in the position that I’m going to be in a few years’ time.

“I think when you have someone who can give you advice, you should go for it. You can always get advice from the internet, but having that one-on-one interaction is better because there are more questions you can ask in person. They can give you so much more information and detail.

“This programme has been useful in answering a lot of my questions on how to do the application process and learning about the university – I really like how community orientated it is. I think mentoring is something that has helped me a lot by building up my confidence and my ability to speak up more.”