how to cast your votes 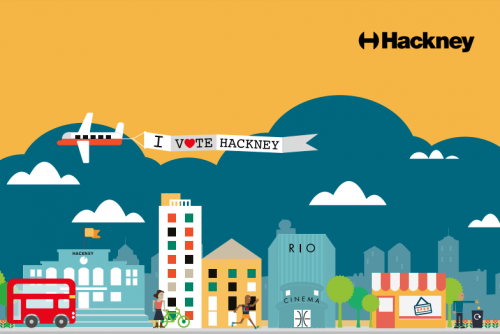 
Local elections for the Mayor of Hackney and local councillors are taking place on Thursday, 5 May.

Polling stations are  open from 7am until 10pm. As long as you’re in the queue to vote by 10pm, you’ll be allowed to vote.

You can’t choose which polling station to vote at – you have to go to your assigned polling station.  Read your poll card to find out where or check here.

When you enter the polling station, tell staff your name and address so they can check that you’re on the electoral register. You can show them your poll card if it helps, but you don’t need it to vote. They will cross your name off their list so they know who has voted, and hand you your ballot papers.

You will be given two ballot papers – one for Mayoral candidates; and one for ward councillors. Take your ballot papers into a polling booth. These are private, screened areas designed so that no one else can see how you vote.

Mark who you want to vote for on the ballot papers.

How to vote for the Mayor

Why do I have two votes for one Mayor?

The law states that the voting process for Mayoral elections must be done this way. It allows you to say who would be your second choice for Mayor if your first choice is not in the top two after the first round of counting, and if there is not an outright majority winner at that stage.

What happens if I don’t make a second choice?

Your first choice will still be counted.

What happens if I only mark an ‘X’ in the second choice column?

Your vote will not be counted because no one will know who your first choice candidate was.

What if I mark an ‘X’ in the first choice column for more than one candidate?

Your vote will not be counted.

What should I do if I make a mistake on my ballot paper?

Don’t put it in the ballot box, speak to polling staff.

How to vote for ward councilors

You will have either two or three votes depending upon whether you live in a two or three councillor ward. It will tell you on your ballot paper how many votes you are able to cast. If you are unsure, please ask a member of the poll staff.

Your guide to the local elections on 5 May