A full programme of music to entertain crowds enjoying the Queen’s Platinum Jubilee celebrations in Exeter city centre next month has been revealed.

The celebration is part of the Queen’s Platinum Jubilee, and takes place in the High Street, Cathedral Green, Princesshay, Guildhall Shopping centre and elsewhere in the city centre from 11am until 3pm.

Residents and visitors are all welcome to attend.

The popular Liberty Sisters sing close harmony jazz and swing classics from the 1930s to 1950s – music appealing to all ages and supremely danceable. They specialise in the music of The Andrews Sisters, as well as other entertainers including Dame Vera Lynn, Gracie Fields, The Chordettes, Peggy Lee, Doris Day and Ruth Brown. 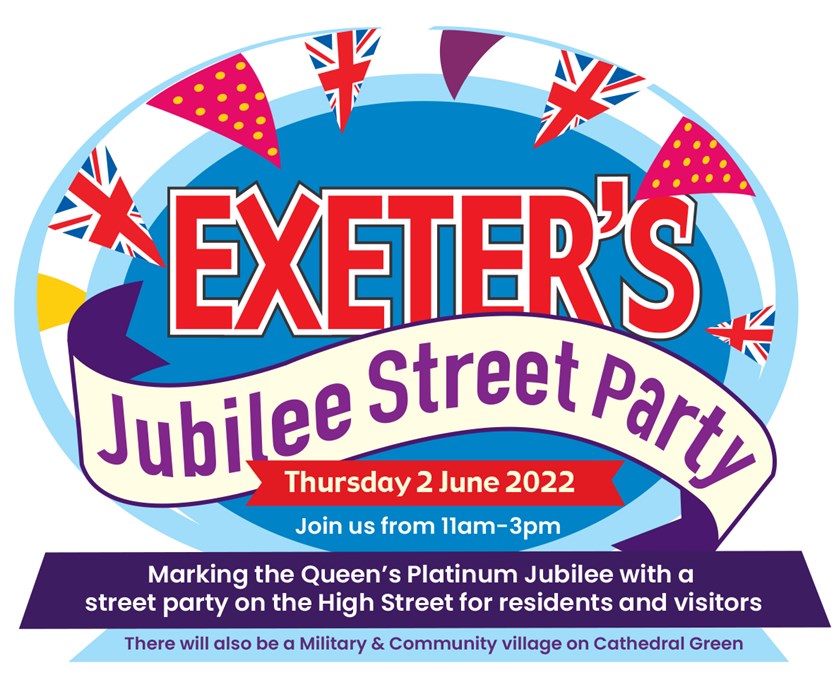 Benches and tables will be set up in the High Street for people to enjoy the festivities. As well as live music and people can bring their own picnic or click and collect from nearby restaurants. Alcohol is not permitted to be consumed in the High Street.

A Beach Bar will be set up in Princesshay Square serving Jubilee inspired drinks during the event.

As part of the celebrations and in partnership with The Battalion of the 6 Rifles, there will be a Military and Community ‘village’ on the Cathedral Green.

For more details on the growing list of events visit https://www.visitexeter.com/whats-on/platinum-jubilee-celebrations-in-exeter