Mark Preece has been announced as the Chief Fire Officer at Gloucestershire Fire and Rescue Service (GFRS) following a highly competitive recruitment process. 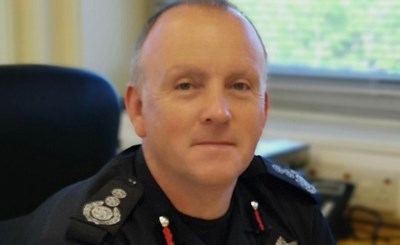 Mark has made strong progress on projects within the fire service during that time and the county council’s appointments committee was unanimous in its decision to offer him the post permanently.

Mark began his career with Hereford and Worcester Fire and Rescue Service 30 years ago and has worked in a range of senior roles.

“I want them to have a fire service they are proud of and I am committed to ensuring the progress we are making continues.”

Cllr Dave Norman, cabinet member with responsibility for the fire and rescue service, said: “I’m delighted that Mark has been appointed as the Chief Fire Officer at Gloucestershire Fire and Rescue Service. During his 12 months as interim fire chief, he has impressed with his leadership skills and the progress made in the service’s ongoing improvement journey.

“His appointment will provide the service with great stability going forward and I have every confidence he will keep Gloucestershire Fire and Rescue Service heading in a positive direction.”

Leicestershire adds its voice in support of A46 improvements

Electric vehicle revolution is speeding up