Dev puts his future in the fast lane with F1 placement 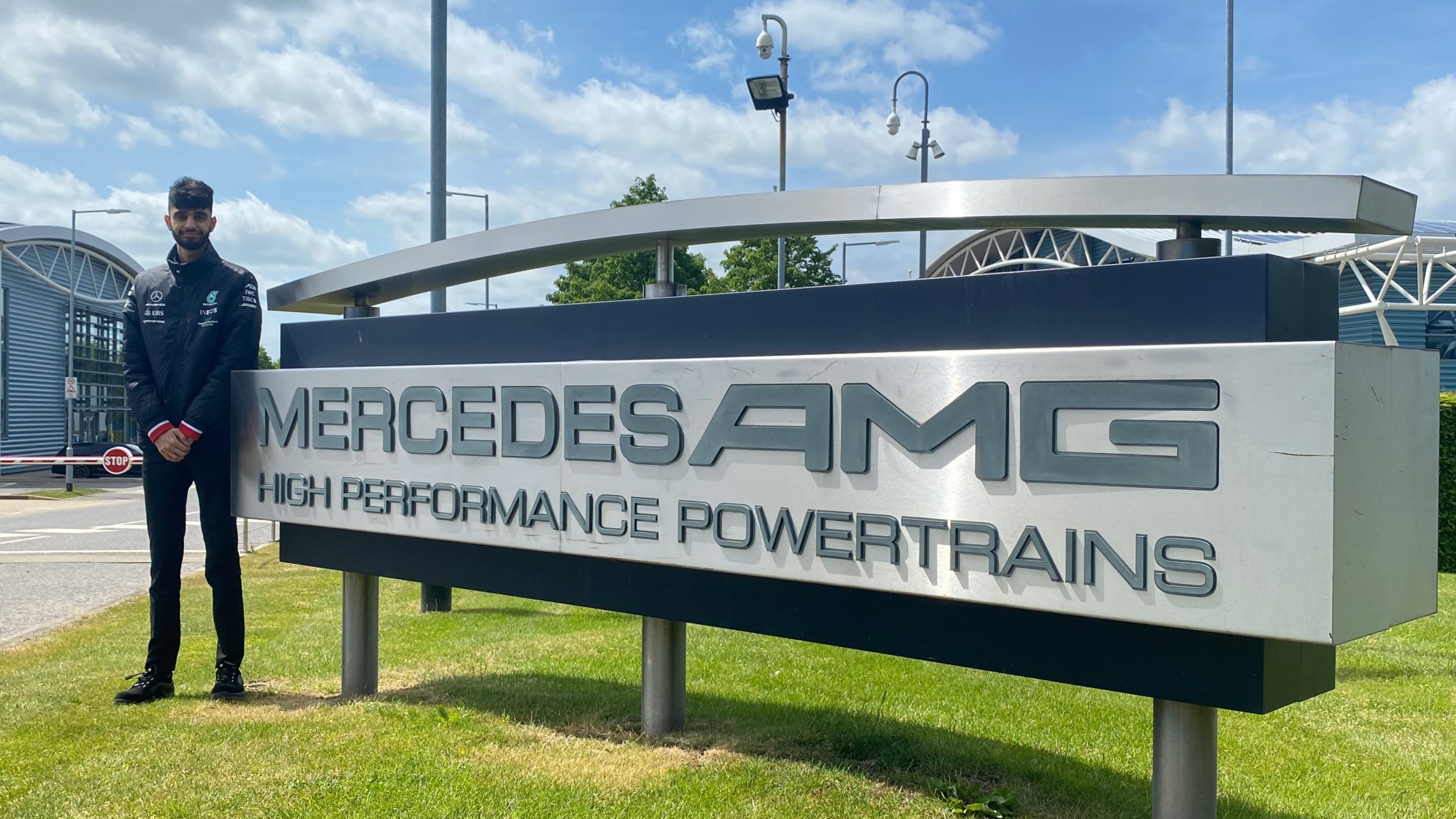 A Formula One-obsessed student from the University of Northampton is in the box seat for a successful career in the sport after clinching a work placement with Mercedes AMG High Performance Powertrains.

Dev Yadav is 10 months into a year’s paid placement at the firm’s Brixworth Advanced Technology centre – Mercedes AMG High Performance Powertrains – where every single Formula One engine to wear the Mercedes-Benz badge is designed and developed.

It’s something of a dream come true for Dev, who became hooked on F1 when he was a schoolboy growing up in Leeds.

“I had a PSP video games console and the only game I had was F1 2006 and I played it continually,” said the 24 year old.

“From there I began watching races on the television, and I’ve been hooked ever since.”

Dev’s love of the sport even led to him choosing to study his Computing undergraduate degree at Northampton.

He said: “I looked on the map and knew it was near to some of the major F1 teams, which made me think I might be able to secure a placement at one of them – and here I am, now studying for a Master’s and working for Mercedes F1.”

Dev’s role as an IT placement student for the trackside team sees him play a part in a string of crucial IT processes designed to give the drivers the very best chance of winning. These include ensuring trackside engineers have all the tools, hardware and software to perform their role effectively

He said: “The pressure everybody is under is immense, especially in IT, because if anything fails, the engineers can’t do their jobs. Communication between track and factory is the biggest factor, for us.

“We are working with the best engineers in the whole world, here. The speed at which stuff happens, and the quality of the work is something you won’t see in any other team, or walk of life.

“Everybody is at the top of their game.”

Now in the early stages of the 2022 season, Dev and his team-mates are hoping for a double-winning year after Mercedes won the 2021 Constructors’ Championship, but narrowly lost out in the Drivers’ Championship.

He said: “I very quickly learned at Mercedes that the winning mentality is infectious. Winning something isn’t enough, you want to win everything. After last season when Red Bull pipped us to the drivers’ title, it lit a fire under every single person here, the off season was ridiculous. Everybody has put in blood, sweat and tears.”

Since the season’s start, Dev’s already tasted success, as this month it was confirmed he would be staying on at the Brixworth factory in a new role as an IT Graduate.

Covid blog: They think it’s all over…

Ditch the drink for ‘Conscious Clubbing’