At North Norfolk District Council’s Annual General Meeting on Wednesday, 18 May, Cllr Jeremy Punchard stepped down as Chairman of the Council and Cllr Pauline Grove-Jones was appointed as the new Chairman.

Cllr Jeremy Punchard was appointed Chairman of the council in May 2021 and during his time as Chairman, he conducted many community engagements and supported his chosen charities.

Over the last month, some of his engagements include starting the Mammoth half marathon in Mundesley and planting an English oak tree to commemorate the Platinum Jubilee of Her Majesty Queen Elizabeth II.

Also in attendance were representatives from Cllr Punchard’s chosen charities, Norfolk and Waveney Mind and The Fire Fighters Charity. He presented both charities with a fundraising cheque for £681.45.

We would like to thank Cllr Punchard for his service and the contributions to his chosen charities.

We would also like to welcome Cllr Pauline Grove-Jones as the new Chairman of the Council for 2022/23. 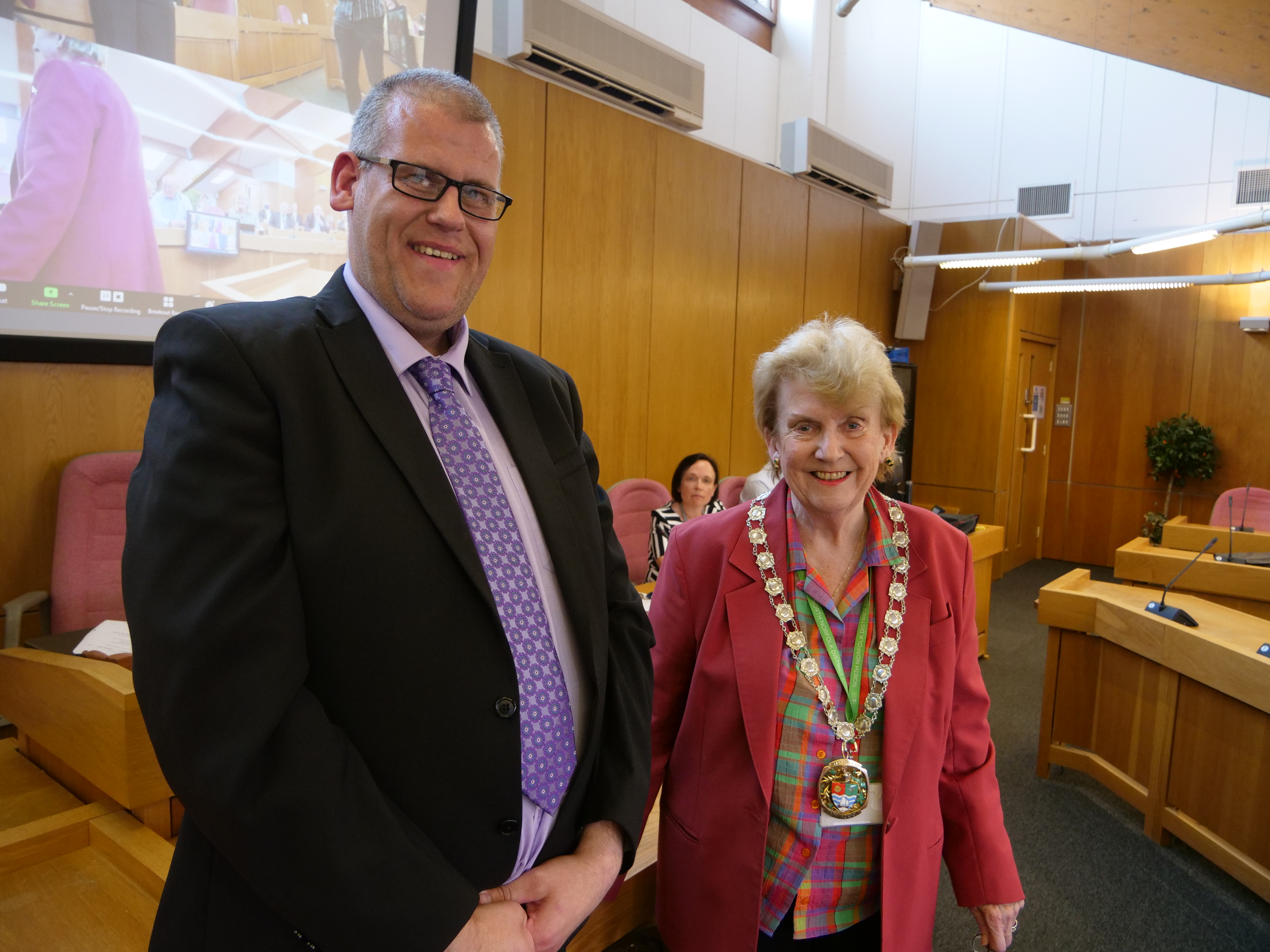 The Chairman’s two chosen charities for her municipal year are:

Cllr Sarah Butikofer was appointed as the Vice-Chair. 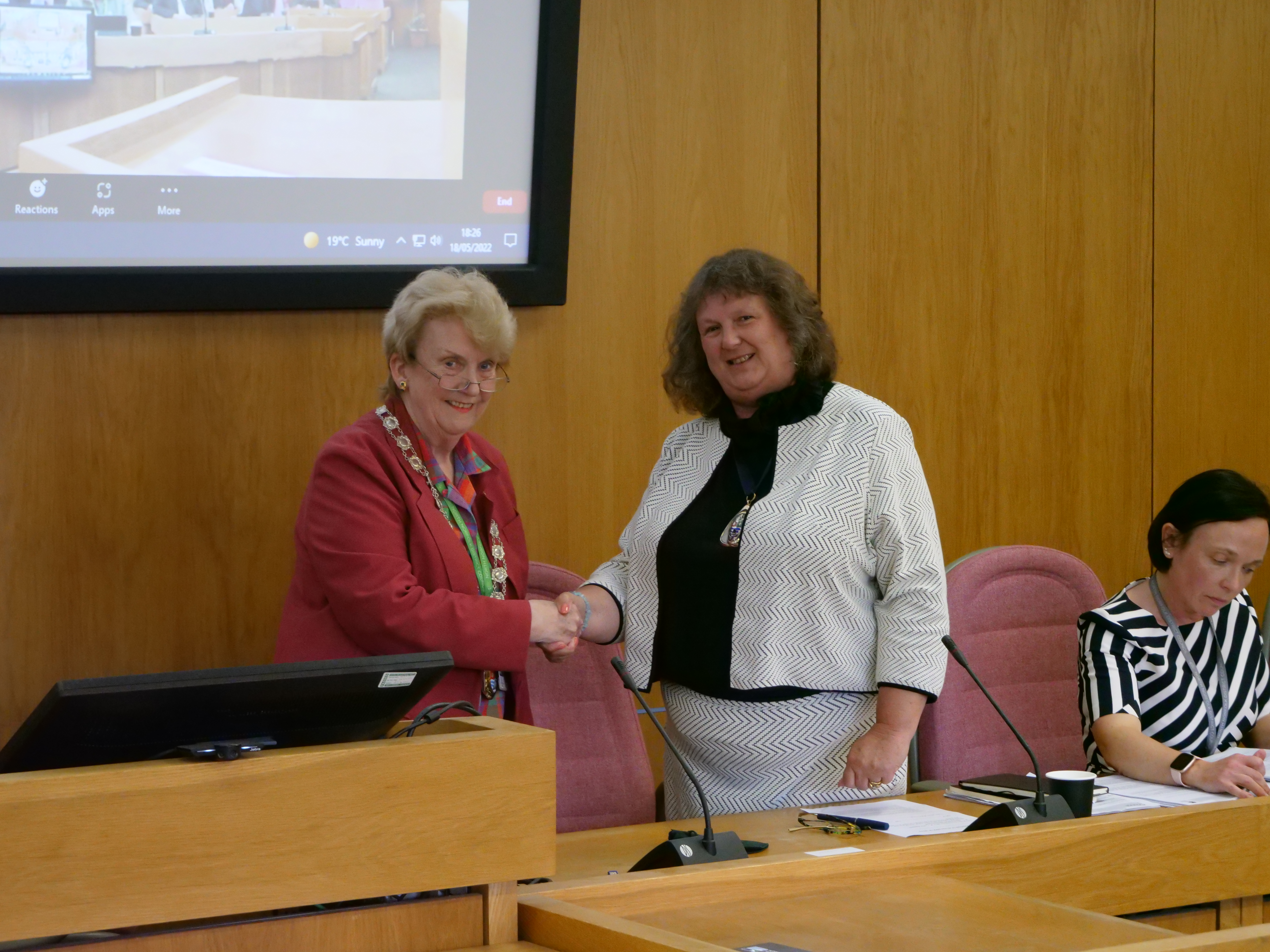 “We are very pleased to be here and receive this cheque which will support the work that we are doing in terms of supporting mental health and mental health well-being across Norfolk and Waveney and the MIND organisation across the country.

We have been very proud to have been your nominated charity for this past year. As an organisation, it’s through the presence and the profile and things like that that raise the awareness of mental health and the challenges of mental health within the community.” 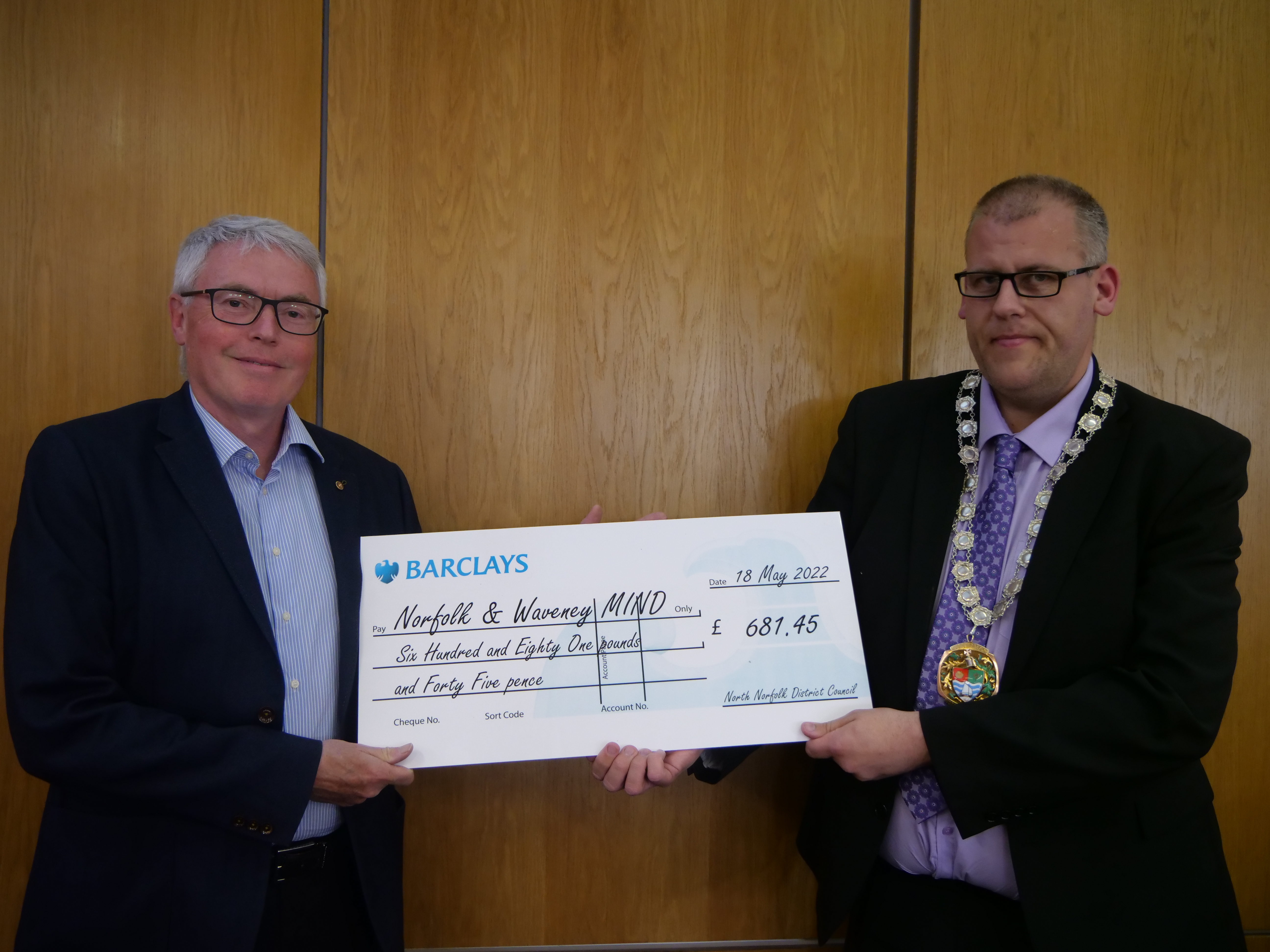 “It is really important to us and I am proud to manage all the fire resources across North Norfolk, who you are now all supporting to go out and help your communities.

We are grateful for the donation but also for the reach you will have had through your organisation and the events we have done. Thank you very much from The Firefighters Charity and from all of the firefighters in North Norfolk.” 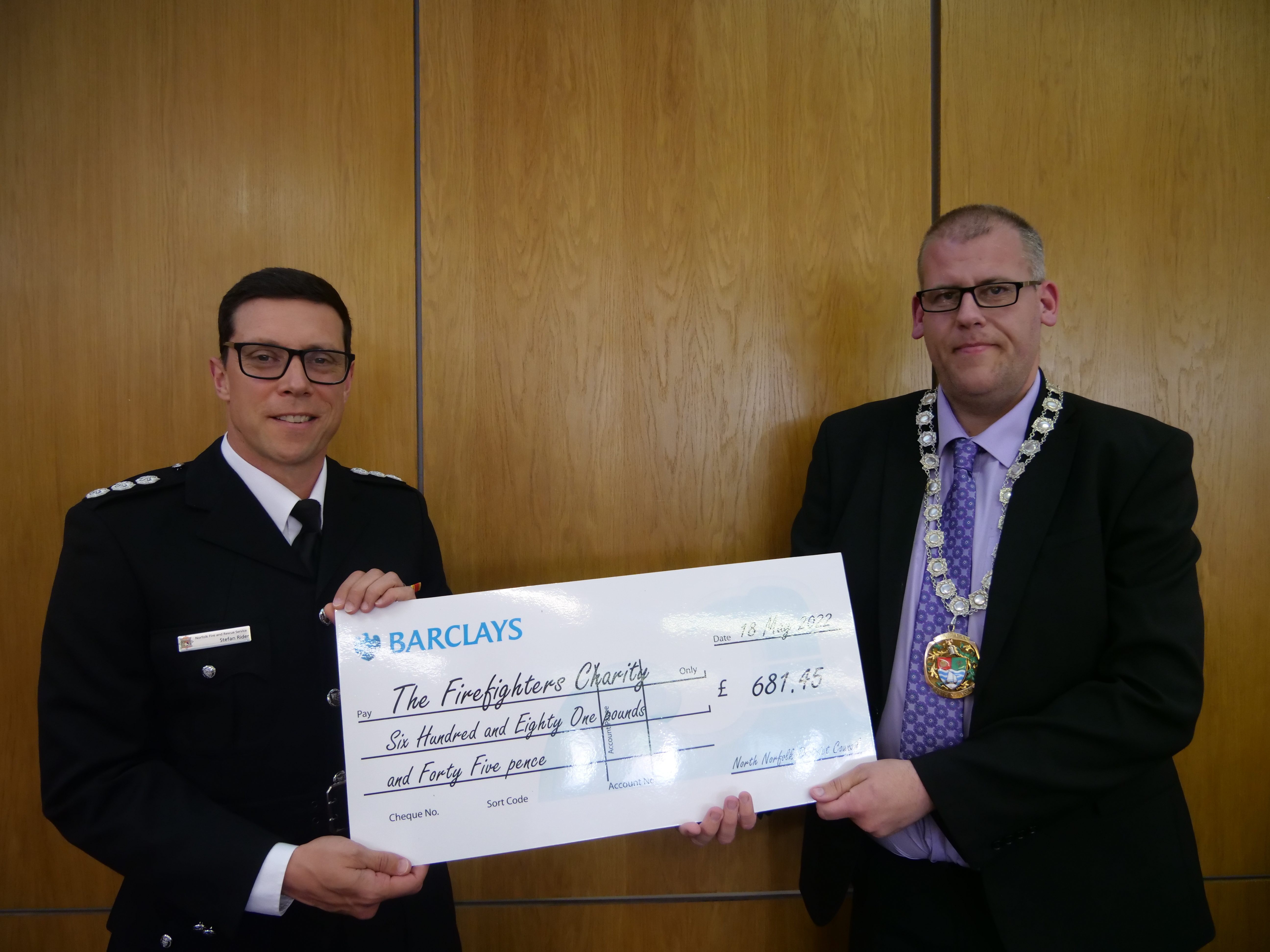 Council extends canteen contract with About with Friends

Ready for a swim? Watch the pool being filled at The Reef