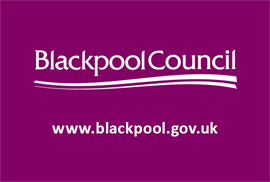 Land which originally formed part of the Foxhall Village development is due to be cleared to enable the development of the proposed Revoe Community Sports Village project.

The land (off Central Drive adjacent to Blackpool Football Club) had previously been used by developer Hollinwood Homes, to stockpile surplus waste materials, including excess spoil.

In October 2019, when half the new homes were completed at Foxhall Village, Marcus Worthington Ltd unexpectedly entered Administration, shortly followed by Hollinwood Homes. At this point all works to the site stopped completely.

It is proposed that the area could be developed to provide a number of community accessible sports pitches as well as supporting the Club’s ambitions for redevelopment of Bloomfield Road’s existing East Stand.

In advance of finalising plans for future development, work will be undertaken to clear the site.

“This site has been eyesore for far too long and I am delighted that work will be starting imminently to remove all the surplus material and spoil.

“We have really exciting plans for the area that we hope to be able to share in the coming months once we have reached a formal agreement with the Football Club.”

Enabling works are due to start on site early June and are expected to last 12 weeks.

Calling all empty nesters! Have you considered fostering?

The sums add up for accountancy business