The prize, which is open to students in their first year of study in the MA Opera course, supports the advanced training of young opera singers. 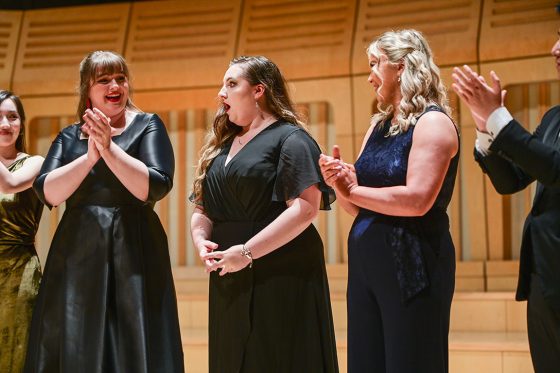 Erin Spence (middle) found out that she has won the Janet Price Opera Prize.

Janet Price, the prize’s founder, is a firm believer in the bel canto tradition as a fundamental component in the art of operatic training.

Each performance reflects this as their programme has to include an Italian aria in the bel canto tradition, a Mozart aria, and a German Lied or French Art song. 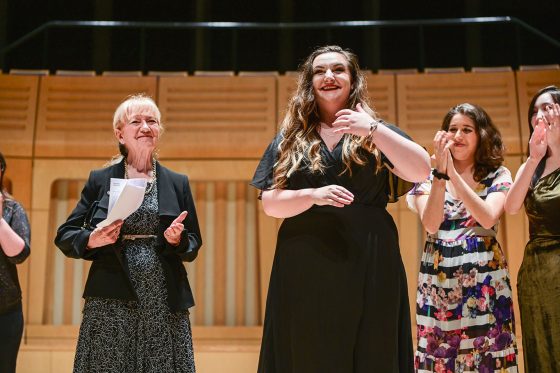 Erin Spence being congratulated by her fellow colleagues and Janet Price.

Janet commended all the singers, and the individual stamp they each brought to their performances but said of Erin:

‘Erin Spence also has a commanding presence and a personal stillness which draws the listener to her singing.

She gave three extremely committed performances and provided us with some exquisite vocal sound and real insight into both the music and the poetry of the songs. She’s a very worthy winner of my 2022 Opera Prize and I wish her all the very best for the future.’

All six competitors performed their full 15-minute programme to a live audience and a panel of esteemed adjudicators. Congratulations to Erin, and to her fellow performers, Joanna Cooke, Arina Mkrtchian, Edward Kim, Hedy Chan Hoi-yi, and Rael Rent. 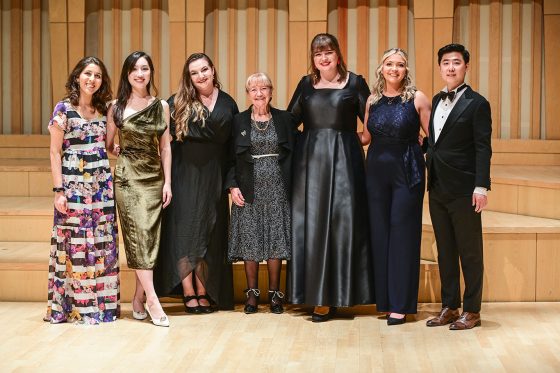 Preparing for a Prize-Winning Performance

Erin told us about her experiences preparing for the prize and her introduction to Bel Canto singing:

‘I’ve never sung Bel Canto before, so this was very new for me. It just so happened that I had the music for this Bellini aria and when I listened to it, I absolutely loved it. It was so difficult but I’m really glad I decided to challenge myself and just go for it! 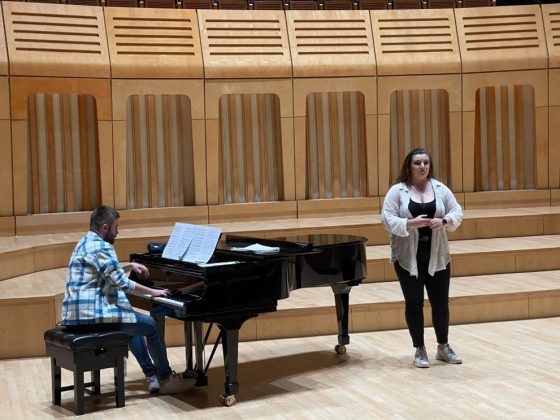 Erin rehearsing for the competition.

Winning the prize has been a massive confidence boost for me. It just goes to show that a lot of singing is mind over matter. I do have a lot of self-doubt but my teachers, friends, and coach were all telling me to believe in myself because they knew I could do it.

Financially this means that I can come back here next year. Studying costs a lot of money and it’s so competitive when it gets to this time of year, but this has taken a huge weight off my shoulders.

The College is the warmest and most supportive place and I feel happy and settled here. I was really nervous to move down here after living in Glasgow for the last six years, but everyone is so lovely, and my brother is actually a BMus French Horn player here as well, so Cardiff is my home now.’ 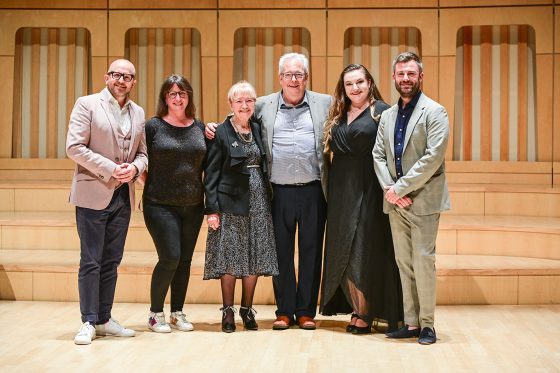