At a charity fundraiser last night, £1170.90 was raised for the Chairman’s chosen charities; Norfolk & Waveney Mind, and the Firefighters Charity.

Cllr. Jeremy Punchard, the Chairman for North Norfolk District Council hosted the fundraiser in the Prince of Wales stand at the Fakenham Racecourse, where guests were welcomed by David Hunter, Clerk of the Course.

Cllr. Punchard, who works for the Fire and Rescue Service, selected the two charities as his chosen when taking the position of Chairman of the Council. 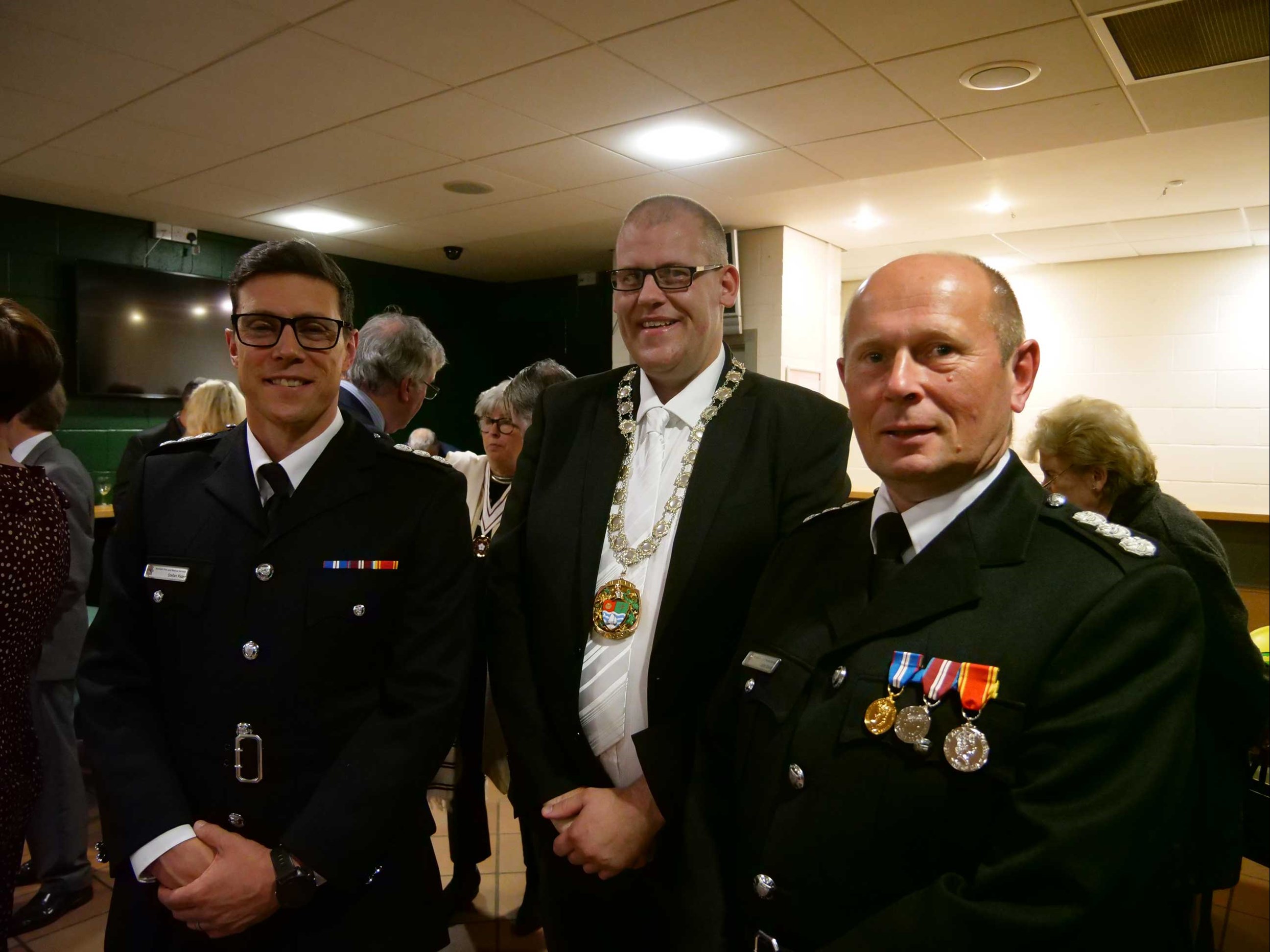 The Firefighters Charity brought some decommissioned helmets, which had been customized by local artists and were to be prepared for auction at the Sir Isaac Newton College in Norwich. 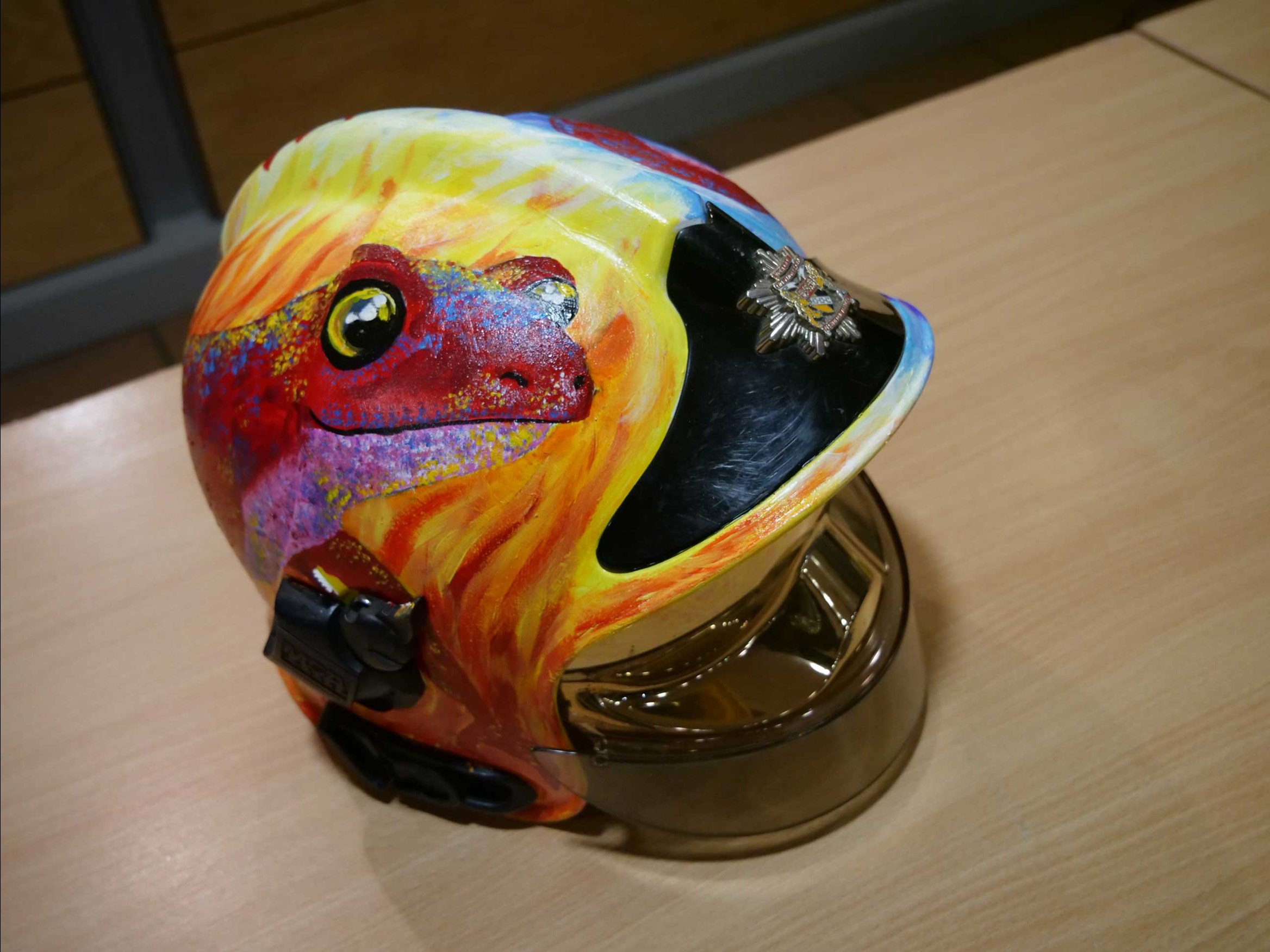 One of the decommissioned fire helmets

Norfolk and Waveney Mind were accompanied by David Warde, who had become an ambassador for the charity since using their help to get through a chapter in his life struggling with mental health. David spoke of the importance that the work the charity do, and how much support they offered him.

The charity said that calls to them had gone up 200% during COVID. 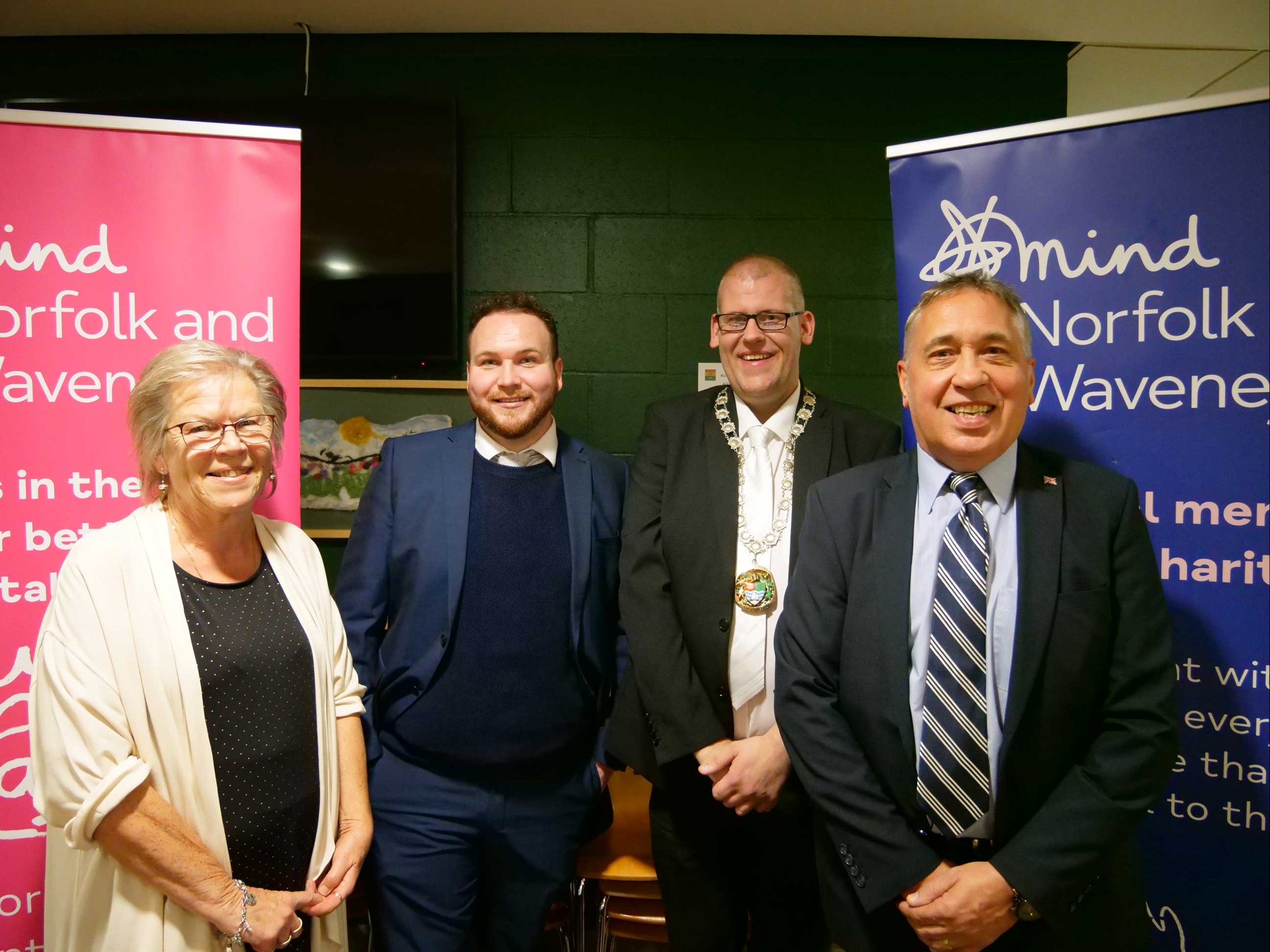 The Civic Office at NNDC holds several events throughout the year for the Chairman’s charities, which might be volunteering or educational events, fundraising or otherwise championing the good work the charities do.

Find out more about the Civic Office and the work of the Chairman.

Cromer Artspace is open for visitors

Children sing out about North Walsham

One day until The Reef opens to the public