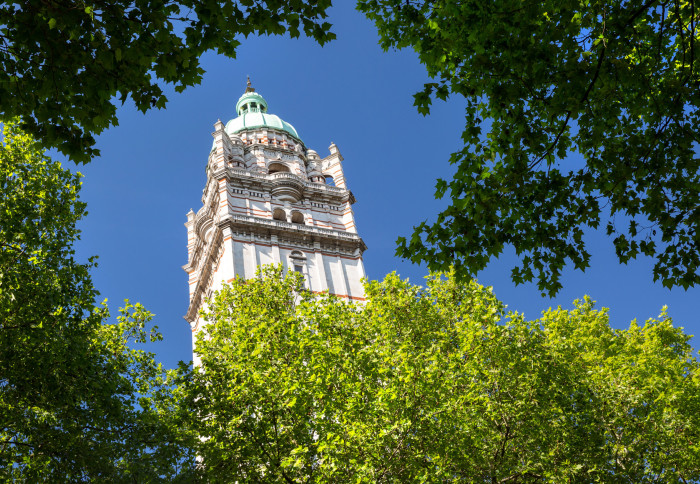 Imperial College London has been recognised as one of the world’s top universities in a leading global league table.

These results reaffirm that Imperial is one of the best universities in the world. Professor Alice Gast President

The College has risen one place to sixth in the QS World University Rankings for 2023, putting it third in the UK and top in London.

Imperial has been awarded additional certificate of recognition for “internationalisation”, acknowledging the College’s global global impact and connections.

This follows a series of achievements for the College over the past year, including its best-ever results in the UK’s Research Excellence Framework (REF) and a Queen’s Anniversary Prize in recognition of pioneering work during the COVID-19 pandemic. Imperial was named University of the Year 2022 by the Times and Sunday Times Good University Guide and University of the Year for Student Experience 2022 by the Good University Guide, following last year’s highest ever student satisfaction scores in the National Student Survey.

Professor Alice Gast, President of Imperial College London, said: “These results reaffirm that Imperial is one of the best universities in the world. Our success is rooted in our global outlook, our diverse community and the spirit of collaboration that runs through everything we do.

“The impact we have on society will always be more important than where we fall on a league table. We excel at teaching and research essential to addressing the global challenges of today and tomorrow. Our successes over the past year – including our outstanding REF results, our University of the Year Award and our Queen’s Anniversary Prize – are a testament to our commitment to excellence.”

Earlier this year, the College ranked top in the UK for research as part of REF, with a greater proportion of “world-leading” research than any other UK university.

The College’s leading role in the global pandemic response was underlined by a Queen’s Anniversary Prize – the highest national honour awarded in UK further and higher education – in recognition of the rapid and collaborative early response from staff across different disciplines, including crucial modelling, developing treatments, vaccines and tests, and their efforts supporting the international response to COVID-19.

Professor Ian Walmsley, Provost of Imperial College London, said: “This is more excellent news that shows the calibre of Imperial’s community and our work.

“I am very proud of all the incredible people who have helped Imperial to achieve this success through their creativity, ingenuity and perseverance. The ideas they explore and the impact they deliver is at the heart of Imperial’s ethos. Their dedication to our academic mission continues to attract students and researchers from around the world.”

Lloyd James, President of Imperial College Union, said: “Students are central to Imperial’s global reputation and to this success, playing an important role across the College’s research, education and entrepreneurship activities. Imperial students are proud to be part of an institution that is held in such high regard internationally.”