On Wednesday, June 8, a Cromer resident pleaded guilty at Norwich Magistrates’ Court to illegally keeping one male and one female Serval without a licence on land in Colby.

Serval cats are classified as dangerous wild animals under the Dangerous Wild Animals Act 1976. Serval are large animals that in the wild are capable of tackling sizeable prey, including young antelope and are capable of jumping up to 2m in height and can attain a top speed of 50mph.

The Cromer resident received a fine of £40, plus costs, compensation and the Victim Impact Charge totalling £674.

North Norfolk District Council took the individual to court after a complaint arose in September 2021 regarding concern over the animals.

To remove the associated risks, the Council used the powers available to it under the Dangerous Wild Animals Act to seize the animals and both animals are now being cared for at zoos that have the staff, facilities and the expertise required to properly care for big cats. 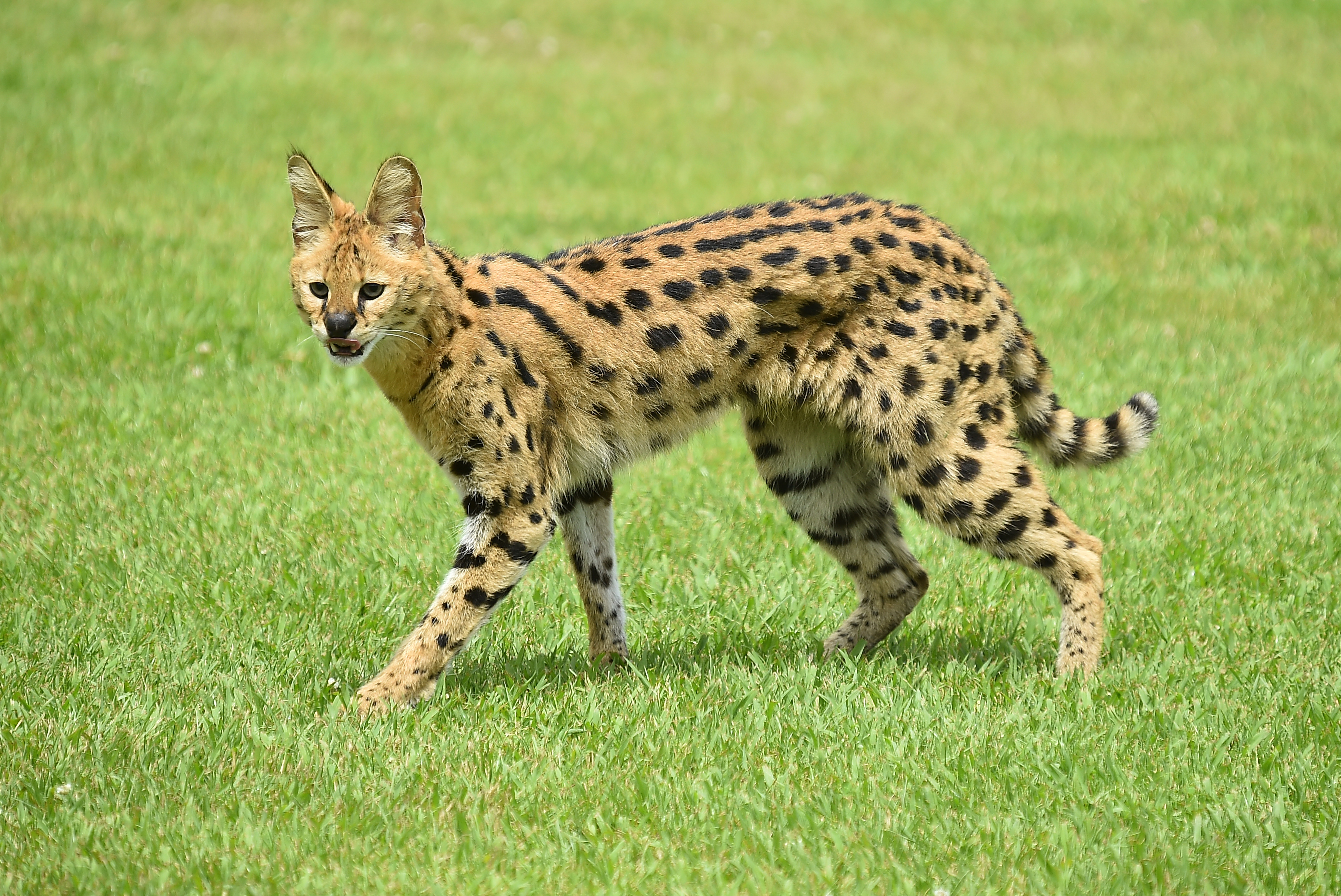 Serval in the grass

“This was an extremely serious case for the Council. The discovery of two Serval being kept in the district in accommodation which was not built in such a way that would have prevented their escape and put the local community at significant risk.

“Effectively recapturing an escaped animal would have presented significant challenges.

“We are aware that there has been a general trend in the UK for people to privately keep Servals as they are used to breed Savannah cats which is a highly lucrative business.

“The Council will not hesitate to take robust action where dangerous wild animals are being kept without a licence and in a manner which endangers public safety.

“We are extremely grateful for the assistance of Norfolk Police’s Rural Crime Team in both the detection of this crime and in bringing the matter to a satisfactory conclusion.”

You can find out more about Dangerous Wild Animal licences here.

If you suspect someone is keeping a Serval or another dangerous wild animal without a licence, please contact the Council on 01263 513811.

NNDC pays over 75% of its council tax energy rebate customers

Innovative Japanese tree planting method to be introduced in Norfolk

Dog owner fined £60 for failing to clear up dog mess