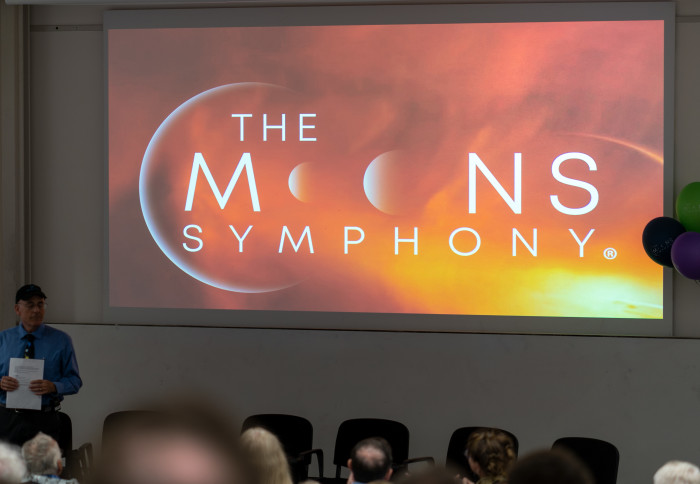 Imperial College London recently hosted the Planetary Radio show’s live celebration of a symphony inspired by the moons of our solar system.

Planetary Radio’s host Mat Kaplan was joined by an array of panellists in the first episode of the Planetary Society’s podcast recorded in front of a live audience since the start of the COVID-19 pandemic, which took place at Imperial College London. In this weekly podcast, Mat is joined by guests ranging from scientists and engineers to astronauts and advocates, providing unique perspectives on space exploration.

An animated crowd lined a lecture theatre at Imperial for the event in celebration of The Moons Symphony – a seven movement orchestral work inspired by seven of our solar system’s most awe-inspiring moons.

The evening got off to an exciting start, with Planetary Society CEO Bill Nye welcoming the audience with a special video message.

Watching the London Symphony Orchestra put together the music, it just looked like a research project: all the attention to detail coming together for a wonderful whole at the end of the day.” Professor Mark Sephton Department of Earth Science & Engineering

Mat Kaplan wasted no time in introducing Amanda Lee Falkenberg, composer of the symphony which had been some five years in the making. Together they discussed the history of the project and how she tackled translating these celestial bodies into music.

Amanda worked extensively alongside researchers, NASA planetary scientists, and astronaut Nicole Stott to research the stories of each moon. From this understanding of their conditions, history and discovery, the composer was able to dramatise each moon in a different movement. She said: “We don’t necessarily have to go off the planet to have our Earthrise – we can experience it here as Earthlings through the power of music.”

Acting as lunar tour guides, the panel guided the audience through the moons which inspired the movements of the symphony – from the geyser-like jets of Enceladus to the volcanic chaos of Io.

The intersection of science and the arts

The Moons Symphony had recently been recorded, with Marin Alsop conducting the London Symphony Orchestra in their 18th century church home, LSO St Luke’s. Further recording of the libretto, performed by the London Voices Choir, is set to take place later in the month at the famous Abbey Road Studios.

Much of the panel discussion also focussed on the intersection of science and the arts, with Bill Nye quoting Albert Einstein in his opening address – “The greatest scientists are always artists as well.”

Imperial’s Professor Mark Sephton, member of the Europa Clipper Science team, attended the recording days prior. Reflecting on the evening, he remarked that: “Watching the London Symphony Orchestra put together the music, it just looked like a research project: all the attention to detail coming together for a wonderful whole at the end of the day.” 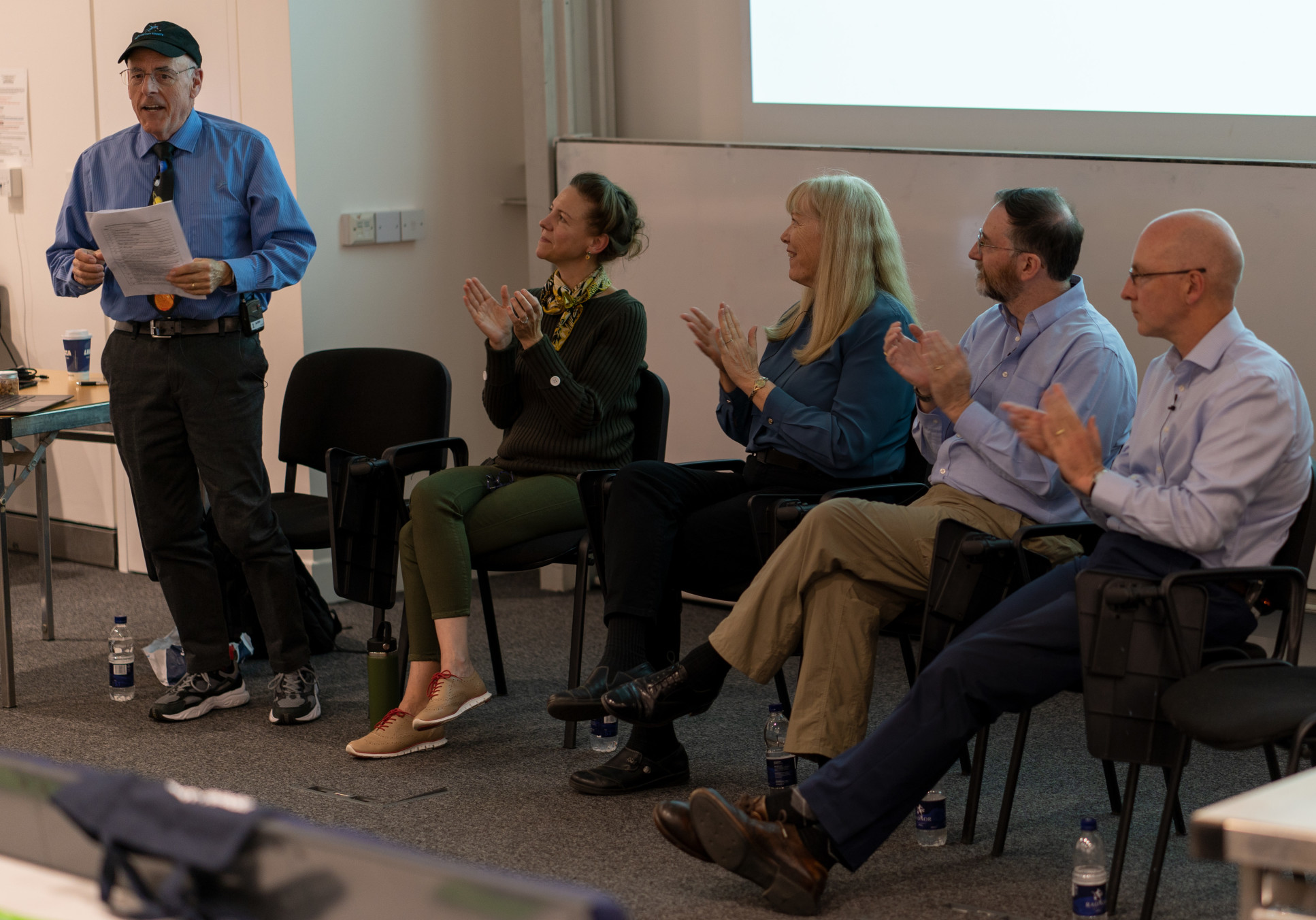 The missions that inspired the music

Another one of the speakers was Dr Linda Spilker, a NASA planetary scientist who has worked on the Cassini Saturn and Voyager missions. Dr Spilker shared the excitement of discovery throughout her career, and the resounding successes of the Voyager missions which greatly outlasted their life expectancies.

The panellists also discussed anticipation for NASA’s Dragonfly mission to Titan, whose rotorcraft-lander will search Saturn’s icy moon for the building blocks of life when it arrives in 2034.

Dr Ashley Davies, Principal Scientist at the Jet Propulsion Laboratory at California Institute of Technology, recalled his excitement at seeing the first images of volcanic activity on Io in 1979, inspiring him to pursue a career in volcanology.

Discussions about the missions which provided insight into these distant worlds were interspersed with excerpts from some of the movements.

Movement seven – based on our own Moon – was particularly important for Amanda. Inspired by the iconic Earthrise photo of our planet taken by astronaut William Anders in 1968, she wanted to evoke the feeling of looking back at Earth from the Moon.

The event drew to a close with the panellists all highlighting the powerful results of collaborations between science and the arts, before the podcast ended with a lively Q&A. With plans for future collaboration between Imperial and the composer, the event was one of the first steps of an exciting voyage of discovery.