Members of the public are being asked to help East Cambridgeshire District Council tackle the burning issue of illegally setting fire to commercial waste.

Tyres, fridges, treated wood, plastics, paint canisters and building materials are among the contents regularly being set on fire across the district.

As well as causing toxic fumes for residents and polluting the environment, the illegal blazes can get out of control or create the risk of an explosion because of the build-up of gasses.

Anyone who sees a fire which is out of control or a risk to people or animals should contact 999. Anyone who spots what they believe to be an illegal fire, or a dark plume of smoke, is also asked to contact the Council on 01353 665555 as soon as possible so officers can investigate.

Over the past year, the Council has received 36 calls about illegal commercial fires, five of which were reported in the space of four weeks..

The majority are caused by traders or builders unwilling to pay for a certified waste carrier to take rubbish to an official recycling centre, opting instead for what they believe to be the cheaper and quicker option of burning waste on-site.

Councillor Julia Huffer, who chairs the Council’s Operational Services Committee, said: “I would encourage anyone who is thinking of having a fire to really stop and think about the consequences first. As well as polluting the environment and being unpleasant for residents, a fire which gets out of control can cause hundreds of thousands of pounds worth of damage to property and can lead to serious health risks or even death for unsuspecting people or animals.

“Our aim is to stop this happening by educating people and providing guidance in the first instance. However, legal action which can lead to fines of thousands of pounds and possible prison sentences will be taken against repeat offenders.”

It is an offence under the Environmental Protection Act 1990 to keep, treat or dispose of waste in a way that causes pollution of the environment or harm to human health, except in accordance with an environmental permit. Anyone found guilty of this offence could face fines of up to £50,000 or, in serious circumstances, could be sent to prison for up to 12 months. This Act also imposes a “duty of care” on businesses in respect to their waste. Anyone who disposes of waste by burning it is likely not to comply with their duty of care.

Under the Clean Air Act 1993 it is also illegal to emit dark smoke from any trade or industrial premises. Dark smoke is produced by a range of materials such as rubber, plastics and often general mixed waste. Fines can be up to £20,000. 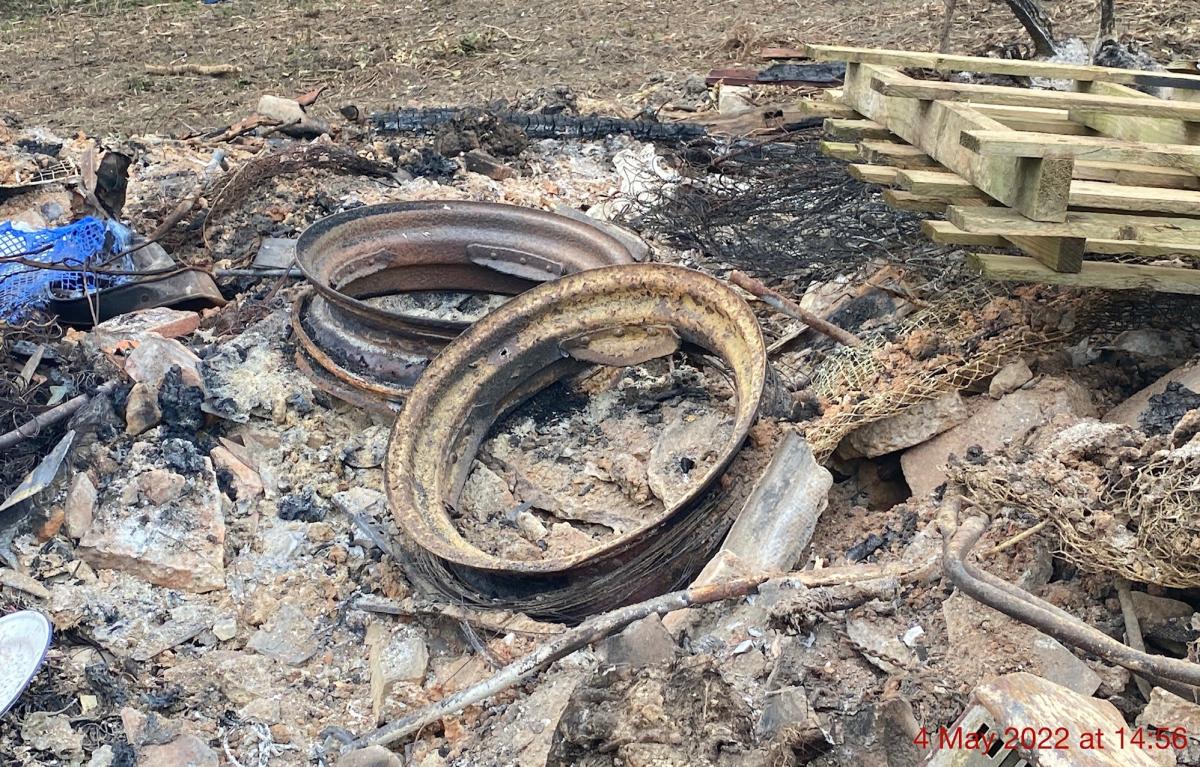