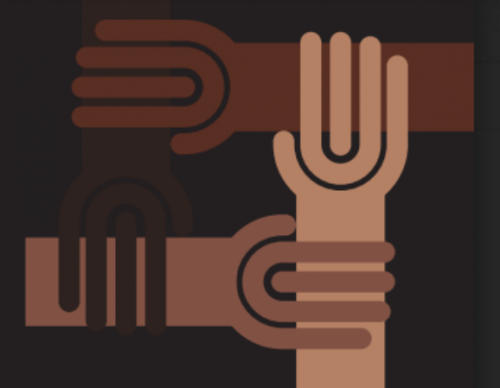 
A review of the role of police in schools; listening to and hearing about the lived experiences of Black and Global Majority residents; and making changes to how the Council works so it’s more informed by communities affected by racism form part of a wide-ranging series of powerful actions being undertaken by Hackney Council to better protect residents from harm and racism, a Council meeting heard earlier this week.

The work follows the stripsearch of Child Q, a Black teenage girl, by police officers in a Hackney secondary school. An investigation found that racism and ‘adultification bias’ – where Black children are treated more harshly than their white peers – were ‘likely’ factors in what happened.

This independent review led by the City and Hackney Safeguarding Children Panel made 14 recommendations to ensure children are protected in future – with a focus on Black and Global Majority children. While the Council is not named in any of the recommendations, it has been leading aspects of the response, including: ensuring the work by police and others leads to real change; responding to the impact of the case on communities; making changes to how the Council thinks and works as a result of this community feedback; and putting pressure on the Government to make changes in the law to ensure children are better protected.

On Monday 13 June a special scrutiny meeting, made up of councillors acting independently of the Council, was held. They called on the Council, the Met Police and the Mayor’s policing office to demonstrate what work they had done since the Child Q case was revealed in March.

The Council’s work covers four key areas: work with police; work with schools; work with the community; and work to make changes to the law.

Role of police in schools

Guidance to schools about police

The Council has significantly expanded adultification training and made it available to all schools.

The Council has been providing:

Work with the community

The Council has held or will hold a series of events to listen to residents, including:

The Council will also seek to understand what was learned from some of the many  resident and community sessions held with residents.

Work to change the law

The Council wrote to or met a number of government ministers to discuss the Child Q case or urge them to make changes including:

The Council has demanded that the Met Police self-declare that institutional racism is a consistent factor in the relationship between the police and Black and Global Majority communities.

The Council held a four-day anti-racism staff conference to:

Can you give cash, time or food donations this winter?

Microgrants of up to £2,000 available to help celebrate and support Windrush generation