Charity approved by WHO to respond to disasters and war zones 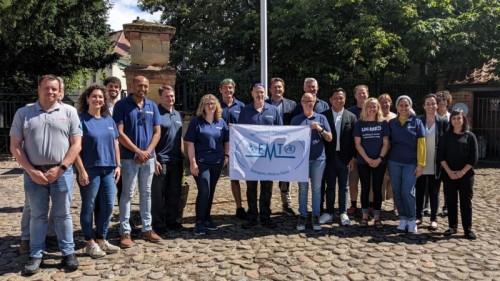 A medical aid charity based at The University of Manchester has been awarded special status by the World Health Organisation (WHO), and will now be part of a global ‘on-call’ system for responding to the increasing number of large disasters and war zones around the world.

UK-Med has been awarded ‘Emergency Medical Team’ status, which means they can be called upon 24/7, 365 days a year to fly anywhere in the world to take critical medical aid to where it is needed most and save lives internationally.

Rapid response to emergencies around the world is made possible by UK-Med’s on-call register which contains more than 1000 NHS and international doctors, nurses, paramedics, and logisticians. All of whom can be called up within 12 hours’ notice of an emergency.

The charity, which was founded by Professor Tony Redmond, also has its own field hospital which can be built within 48 hours of arrival at the scene of a disaster or war zone. It contains a triage, emergency department, maternal unit and pharmacy which provides primary health care to up to 100 people a day. It can be shipped anywhere in the world with all the staff, supplies and medicines needed to deliver life-saving medical aid. The hospital is entirely self-sufficient with its own generated power, water supply and sanitation. It means that patients can be treated within hours of the charity arriving at the scene of a disaster or emergency.

UK-Med has also sent a WHO-approved surgical unit, specialising in treating war-wounded and reconstructing limbs, to east Ukraine where they are currently delivering medical aid in hospitals and mobile clinics using NHS staff. The surgical unit has been embedded within a hospital targeted by shellfire to replace its destroyed operating theatre.

The WHO flew in from Geneva on Monday to visit a former RAF base in Yorkshire where the charity temporarily set up its field hospital to demonstrate its ability to respond when disaster strikes. The delegation spent three days inspecting and testing the hospital.

“We are the only UK charity verified by the World Health Organisation’s Emergency Medical Team initiative to respond to international disasters and emergencies,” said UK-Med CEO David Wightwick. “Verification is part of a much longer story for us, as we have been part of the development of Emergency Medical Teams since their inception following the 2010 Haiti earthquake, and have been a key part of taking the initiative forward since then. Getting verified formalises the quality and expertise that UK-Med has to provide a far-reaching range of emergency medical support including a field hospital, surgical support, mobile health teams and clinical advisory teams. ”

Tackling the lack of diversity in energy research

what happens after Imran Khan’s downfall?