A steaming debut! Careers expo for children comes to Waterside 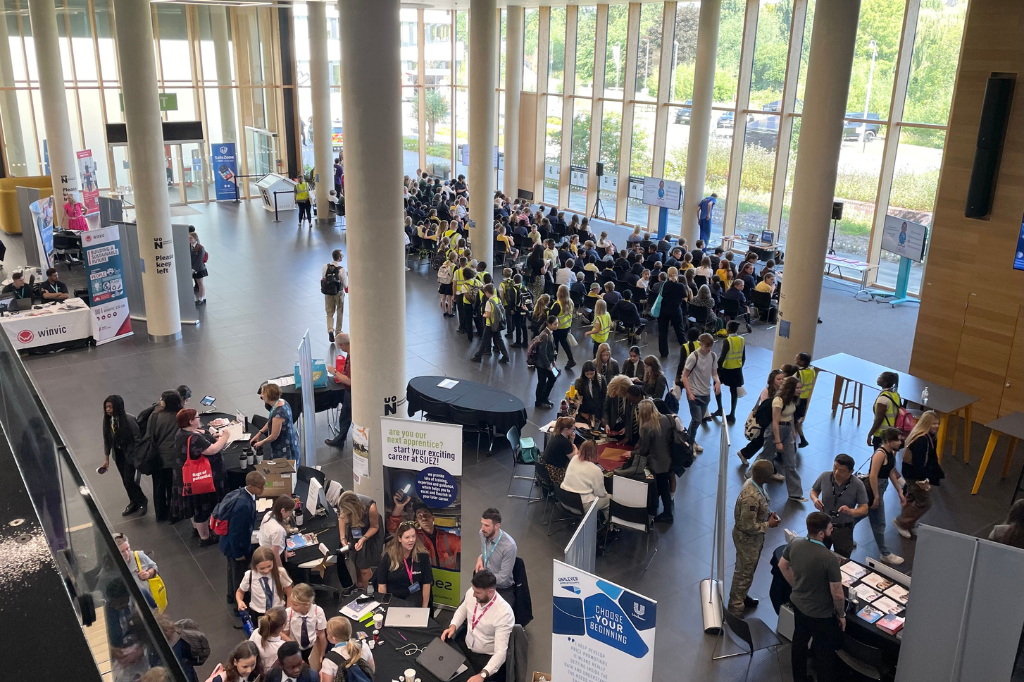 More than 2,000 students were given ‘access all areas’ status as Waterside opened its doors for Northamptonshire’s biggest ‘STEAM for schools’ event.

STEAM Northants is the annual showcase of the science, technology, engineering, arts and maths sectors. Primary and secondary school students drop into our university to explore careers options available in those areas.

Previously called the Big Bang, similar events are held around the country with the Northamptonshire event designed and coordinated by the University of Northampton’s Schools Engagement team.

This is the first year the event has been held at Waterside campus and around 2,500 students from the ages of 10-18 had the chance to meet and talk with industry leaders and experts about ‘all things STEAM’, as well as ‘having a go’ at STEAM careers themselves.

This year, STEAM Northants* saw a few new additions to the list of presenters and demonstrators:

Liz Able, Deputy Head at Whitehills Primary: “What a fantastic learning experience STEAM Northants was for our children, there were so many fun activities for them to engage in and it really helped them to start thinking about their future choices, we will definitely be back again next year.”

Brandon Howard from Thomas Beckett Catholic School: “Just in general, this was a seriously intriguing day. Based on what I’ve seen, I’m considering changing from wanting to be an accountant to joining the Army, as the team here made it sound like a very interesting option.”

Linda Davis-Sinclair, UON School’s Engagement Lead, said: “It was wonderful to bring, for the first time, the always highly anticipated STEAM Northants to its new home at Waterside campus.

“There was a real, excitable buzz on campus as our guests took full advantage of the exhibitors and demonstrators at their disposal and taking what could be their first steps toward the careers of their dreams. The team and I were very happy to help with this.”

*STEAM Northants was jointly funded by University of Northampton and Uni Connect.

Leather and footwear students to benefit from SATRA equipment

Researcher Jamie to tell the story of butterfly reintroduction project

In the news: 28 January-3 February