Anyone who has recently had a turtle-shaped children’s paddling pool removed from their garden is being asked to provide information about a major fly-tip. 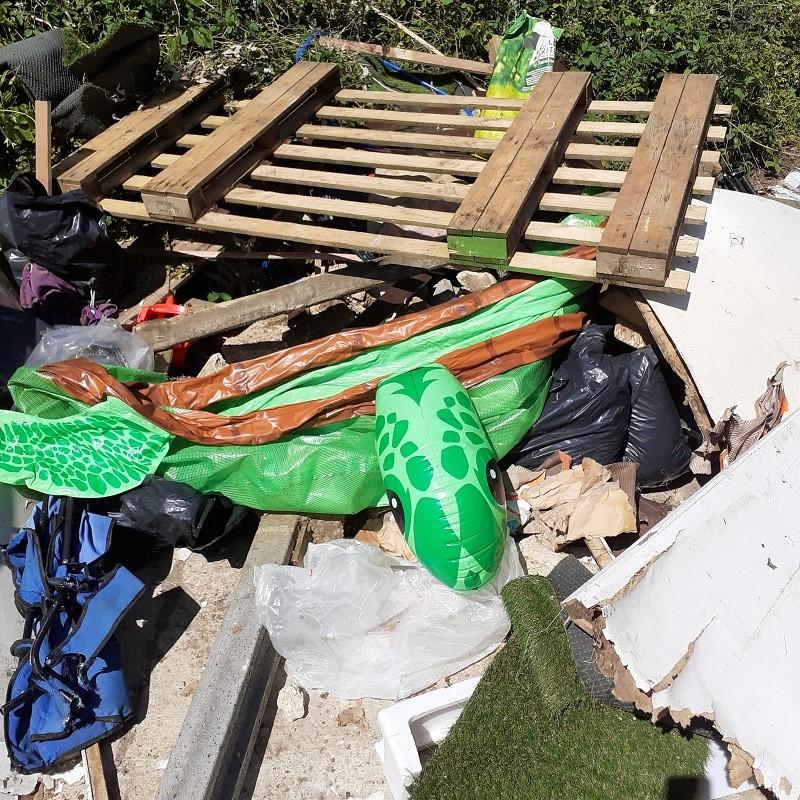 Cherwell District Council has launched an investigation in response to reports, received on 18 June, of construction waste having been illegally dumped on Green Lane in Yarnton. The tip included the eye-catching inflatable pool, which officers believe could lead them to identify the source of the waste.

Councillor Dan Sames, Portfolio Holder for Cleaner and Greener Communities, said: “This is a significant fly-tip, with enough waste to fill a transit van having been irresponsibly left to despoil a country lane. It clearly points to someone with a commercial interest, probably a construction or clearance company, having been paid to do an honest job, but cutting corners. This results in all council taxpayers having to meet the cost of clearing it up.

“The person who commissioned this clearance work, or a neighbour who recognises this very distinctive paddling pool, could help us identify where the waste has come from. We would also appeal to anyone who may have seen a large tipper truck acting suspiciously in the area.

“We believe there is a good chance someone will recognise this distinctive inflatable turtle and help us track down the offenders.”

People should make sure the person they trust to remove their waste is licensed and to do so they can search the public register of waste carriers on the Environment Agency website.

Illegal waste disposal is an offence punishable by fixed penalty notices or prosecution in a magistrates’ or crown court.

Anyone with information about this or another a fly-tip in the district should contact the council on 01295 227007.

Appeal to catch offenders who tipped hundreds of tyres

Pop-up space will showcase best of the community