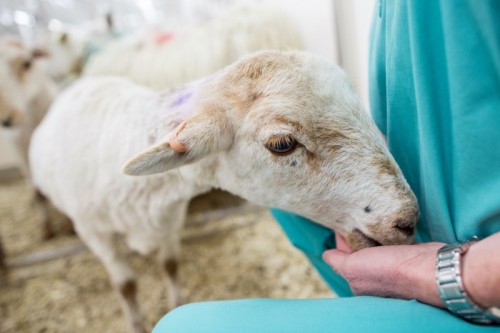 Today, 30 June 2022, Understanding Animal Research (UAR) has published a list of the ten organisations that carry out the highest number of animal procedures – those used in medical, veterinary, and scientific research – in Great Britain. These statistics are freely available on the organisations’ websites as part of their ongoing commitment to transparency and openness around the use of animals in research.

This list coincides with the publication of the Home Office’s report on the statistics of scientific procedures on living animals in Great Britain in 2021.

The ten organisations are listed below alongside the total number of procedures they carried out in 2021. Each organisation’s name links to its animal research webpage, which includes more detailed statistics. This is the seventh consecutive year that organisations have come together to publicise their collective statistics and examples of their research.

All organisations are committed to the ‘3Rs’ of replacement, reduction and refinement. This means avoiding or replacing the use of animals where possible; minimising the number of animals used per experiment and optimising the experience of the animals to improve animal welfare. However, as institutions expand and conduct more research, the total number of animals used can rise even if fewer animals are used per study.

“Animal research remains a small but vital part of the quest for new medicines, vaccines and treatments for humans and animals. We know that the majority of the British public accepts that animals are needed for this research, but it is important that organisations that use animals in research maintain the public’s trust in them.  By providing this level of information about the numbers of animals used, and the experience of those animals, as well as details of the medical breakthroughs that derive from this research, these Concordat signatories are helping the public to make up their own minds about how they feel about the use of animals in scientific research in Great Britain.”

Maria Kamper, Director of the Animal Research Unit at The University of Manchester said:

“We are proud to be one of the first UK institutions to embrace openness and transparency about our animal research. A virtual tour, facts, figures, project summaries and case studies, and lots more besides are freely available on our website.

“We are also proud of the high ethical standards with which we carry out our work and the way we care for our animals. Though we are strongly committed to replacing animals wherever possible with alternatives, reducing their numbers and refining the work we do to ever improve their welfare, animals still play a hugely important role in scientific research.

“Our research involving animals helps us understand how biological systems work so we can find ways to treat disease and understand not just human – but also animal health. That is why animal research remains a critical way for scientists to develop of new medicines and cutting-edge medical technologies.”