Progress is made in tackling the climate emergency in Blackpool 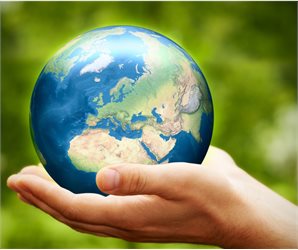 Positive steps are being taken towards tackling climate change following Blackpool’s first ever climate assembly at the start of this year.

In a significant milestone for Blackpool, the town’s first ever climate assembly completed its final session in February. The assembly, facilitated by Futuregov, was run entirely digitally.

A group of around 40 assembly members, who were randomly selected from Blackpool postcodes, heard from expert speakers, and then agreed on recommendations to help make Blackpool carbon neutral by 2030.

The climate assembly’s recommendations were put into an independent report in March. The report, along with an action plan, will be presented to the Blackpool Climate Action Partnership in the coming months which will be made up of local decision-makers.

The assembly recommendations will form a crucial part of Blackpool’s plan for the climate emergency over the next ten years, added to progress already being made in the area.

Across council services, projects have already begun to improve on its carbon footprint and sustainability.

The council has switched to a 100% renewable supply of electricity and is looking at options to make its full fleet of vehicles electric. Schemes are also underway such as a kerbside household battery collection service; retrofitting council houses to improve energy efficiency; and exploring switching street lighting to LED.

As part of the council’s climate declaration, it has committed to work with partners and agencies across Blackpool, including businesses and residents. An internal steering group has already been set up to include local companies and partners, as well as council members.

“We’re delighted that progress is already being made towards meeting our climate commitments in Blackpool.

“There is already a real sense that businesses, partners and residents want to work together to tackle the climate emergency, and this is vital if we are to cut our carbon emissions as a town.

“Important milestones have already been achieved this year, including our first ever climate assembly and youth climate summit being held in Blackpool.

“We aim to keep up that momentum and continue to make progress towards reaching our climate targets.”

Residents and businesses are being encouraged to get involved from these early stages by taking climate actions themselves now, and signing up for email updates to stay up-to-date over the coming months.

Twice weekly testing now available to everyone in Blackpool