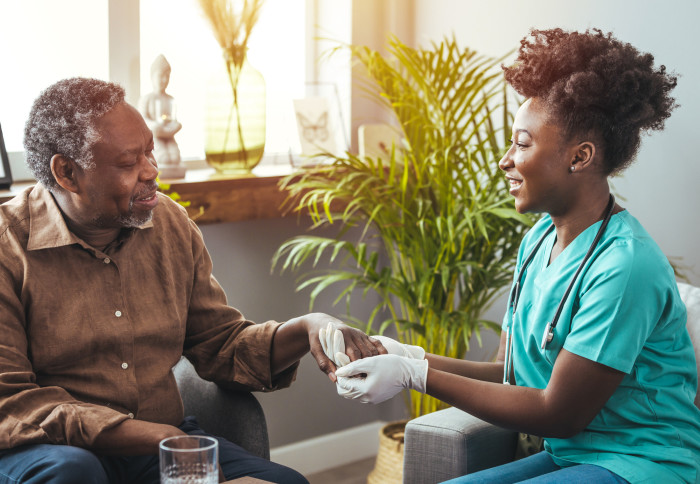 Imperial startup SERG Technologies has raised funds to further develop its technology to monitor and optimise treatment of Parkinson’s.

SERG Technologies, a startup focused on optimising care for neurodegenerative movement disorders (NDMDs), has raised £1.6m from investors, including £250,000 from the Imperial College Innovation Fund I, to continue development of its platform technology for the continuous monitoring and treatment optimisation of Parkinson’s.

The company’s core technology NuRO is based on innovative work undertaken in Imperial’s Biomechatronics Laboratory in the Department of Mechanical Engineering by Dr Ravi Vaidyanathan, the Lab’s director, and Dr Samuel Wilson, SERG Technologies’ CTO, both co-founders.

“Our vision at SERG is to help people with Parkinson’s and other neurodegenerative diseases to live symptom free. NuRO could give patients and clinicians a much clearer picture of their condition, enabling treatment to be tuned accurately as needed.” Dr Christos Kapatos CEO, Serg Technologies

SERG has developed NuRO, a next-generation connected platform for Parkinson’s Disease tracking, classification and management. It combines a wearable sensor that is capable of monitoring the cardinal Parkinsonian symptoms of tremor, bradykinesia (slowness of movement) and muscle rigidity with proprietary AI that provides symptom monitoring and scoring.

There are 150,000 Parkinson’s patients in the UK, receiving treatment at a cost of around £3 billion per year. For patients, the technology could translate into improved and more regular characterisation of their disease and in turn can allow clinicians to provide truly patient-specific disease management by fine-tuning doses of medication.

The company will use the funds to continue development of the NuRO connected platform, which it plans to test in clinical trials after summer 2022. To date, SERG has conducted initial in-person trials of the platform and monitoring wearable with hundreds of individuals, collaborating with two of the UK’s largest hospitals for NDMD treatment, Charing Cross Hospital and St George’s Hospital, both in London.

Dr Christos Kapatos, co-founder and CEO of SERG Technologies, said: “Our vision at SERG is to help people with Parkinson’s and other neurodegenerative diseases to live symptom free. NuRO could give patients and clinicians a much clearer picture of their condition, enabling treatment to be tuned accurately as needed. We’re excited to continue our work with leading hospitals and patient groups and get this technology to market.”

Dr Brijesh Roy, Seed Investment Manager at Imperial College London, said: “SERG has identified a promising technical solution to the substantial challenge of improving disease management for the UK’s Parkinson’s patients. This funding round allows the company to gather important data and progress towards a commercial product launch.”

“Imperial’s Biomechatronics resarchers have use their groundbreaking acoustic sensing technology to create a physiological digital twin of human muscle. This unique technology opens the doorway to Parkinson’s telemedicine through remote disease diagnosis, monitoring and even treatment. The technology has already shown huge promise in clinical studies and this funding round will now accelerate the pathway to patients.”

The potential of continuous monitoring

No definitive biomarker exists for Parkinson’s, and it is diagnosed based on a patient’s symptoms, including motor tremor, bradykinesia (slowness of movement) and rigidity. These symptoms are also used to assess disease progression over time.

A limitation of existing Parkinson’s treatment is that clinicians often only have access to a snapshot of symptom severity, while symptoms can vary substantially within individuals during a single day. SERG Technologies believes its platform could address this through continuous monitoring.

Existing Parkinson’s therapies do not reverse the effects of the disease but treat its symptoms. Various therapies are offered to patients at different times, based on the progression of the disease, but treatment almost always involves a dopaminergic drug such as Levodopa.

Clinicians base their dosing strategies on patient response, and in the UK patients visit a neurologist twice a year for symptom assessment. The accurate assessment of disease progression is therefore a high priority, as it enables clinicians to offer the most appropriate treatments, improving patient quality of life.

A clear limitation in the existing treatment pathway for Parkinson’s patients is that clinicians often only have access to a  snapshot of symptom severity and must use this as a basis for medium-term treatment planning. Because Parkinson’s is a condition in which symptoms can vary substantially within individuals during a single day, this can lead to treatment failing to control symptoms.

Continuous disease monitoring has already been deployed in some contexts, such as type 1 diabetes, for example, in which blood glucose can be constantly monitored in order to deliver insulin through a closed-loop system.

SERG Technologies believes its NuRO connected platform could unlock the potential of this type of continuous monitoring for Parkinson’s. Its medical wearable uses state-of-the-art sensors – developed at Imperial and licensed exclusively to SERG Technologies to produce an accurate characterisation of disease state comparable to the clinical gold standard, MDS-UPDRS. This is reported in real-time to clinicians, who can use the information to create more accurate treatment for patients.

Furthermore, because NuRO can provide patients and clinicians with quantitative evidence for the effectiveness of treatment, it may also lead to greater compliance with both therapies and lifestyle suggestions.

Top image from Getty Images. Other images from SERG Technologies.