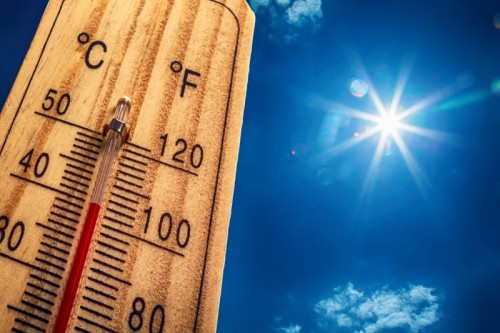 The analysis, released today by researchers at The University of Manchester for Friends of the Earth, identifies the areas and communities across England set to be hardest hit by extreme heat.

Communities most vulnerable to the dangerous health impacts of soaring temperatures are those with a high number of older people and children, those without green space to shelter from the heat, and those where the type of housing, such as high rise buildings and mobile homes, is most susceptible to overheating.

According to the Met Office, hot weather can place particular strain on the heart and lungs, meaning that the majority of serious illness and deaths caused by heat are respiratory and cardiovascular. Older people, those with pre-existing health conditions and young children are especially at risk.

Researchers found the top five local authorities with the most ‘at risk’ neighbourhoods are Birmingham, Newham, Tower Hamlets, Hackney and Nottingham. A full list of all the areas most affected is available here.

The research looks at which neighbourhoods (areas with an average population of 1,700) across England are most at risk of heat now and in future warming scenarios.

In all scenarios, the communities set to be most affected by global heating are those with below average carbon footprints – those less responsible for the climate crisis. The research also finds that people of colour are four times more likely to live in areas at high risk of dangerous levels of heat.  The key findings include:

Friends of the Earth is calling for the 3,000 most vulnerable neighbourhoods to be prioritised for publicly-funded adaptation projects and greater efforts to reduce planet-heating greenhouse gases.

“Extreme heatwaves and health alerts like we’re seeing this week will become much more frequent and severe due to climate change” said Mike Childs, head of research at Friends of the Earth. “To prevent the most dangerous scenarios becoming a reality, all countries, including the UK, must make greater efforts to prevent runaway climate breakdown.”