A member of the University of Bedfordshire’s alumni is hoping to bring home a respected romance novel award for a long-anticipated book which has taken her 17 years to complete.

The Romantic Novelists’ Association (RNA) will be holding their annual conference on Saturday 16th July at Harper Adams University in Shropshire, where there will be a ceremony to announce the winner of the annual Joan Hessayon Award for 2022 – an award for published authors whose debut novels have gone through the RNA’s New Writers’ Scheme. 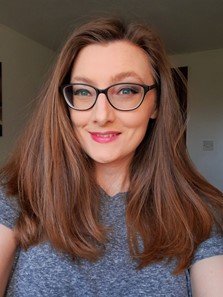 Jennifer Bibby – who now works in the University of Bedfordshire’s Academic Registry team – previously studied Creative Writing at the Luton campus. During her studies, she came up with the idea to write a fictional romance novel, originally set during the Italian Renaissance, however a trip to Cornwall in 2014 inspired Jennifer to shift the location from medieval southern Europe to modern-day England. It was then that the The Cornish Hideaway came to fruition. 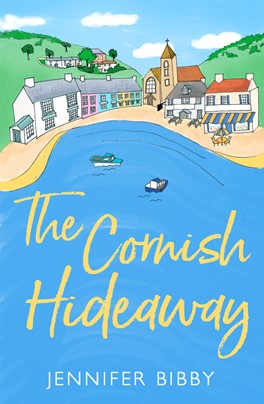 Jennifer said: “A trip to St Ives in 2014 inspired me to set my story in a tiny Cornish village – mostly because Cornwall is beautiful and feels like it’s at the end of the world, so the perfect destination for anyone wanting to escape their past, which all my characters are doing in one way or another.”

In 2019, Jennifer took huge strides to advancing her story that had been in the works for 15 years. She added: “I committed to writing the book. I signed up for a rom-com writing course in London for six weeks and joined the Romantic Novelists’ Association’s New Writers Scheme. I sent the book for feedback, which was very positive and made me believe that it could be published – which it then was!”

American publishing house Simon & Schuster acquired The Cornish Hideaway in February 2021 and in March 2022 it was published as an e-book. In early June 2022, the RNA named Jennifer as one of nine contenders for the Joan Hessayon Award. The book is also set to be published as a paperback in March 2023.

For more information about studying Creative Writing at the University of Bedfordshire, click here.

Philharmonia Orchesta to perform on campus