A man who helped shape Exeter’s growth and economic success has been awarded the Freedom of the City during a ceremony at the historic Guildhall.

Philip Bostock was Chief Executive of Exeter City Council from 1997 to 2013.

The nomination stated: “Philip has dedicated much of his life to various civic duties. He is the model custodian of everything great about Exeter and through the years shaped much of the city landscape, from Councils to education to preservation.

“He was instrumental in the setting up of the South West Regional Assembly in 1997, acting as its inaugural secretary. He was appointed a member of the Government’s ‘Lifting the Burdens’ Task Force in 2006 and was a longstanding representative for South West District Councils within the Local Government Association.”

In addition, Philip has served for many years on the Professional Executive Committee of the Exeter PCT, and was the Chair of Governors of Exeter College during its main period of growth and success. He is now a trustee and Vice Chair of the Ted Wragg Trust.

He has always worked in close partnership with the University of Exeter, which increased very significantly in scale, stature and academic repute during his time in office, under the leadership of Sir Steve Smith.

In 2014, Philip was honoured to have the Honorary Degree of Doctor of Laws conferred on him by Baroness Floella Benjamin, the University’s then Chancellor.

He was awarded an OBE for services to Local Government in the 2006 Queen’s Birthday Honours List and was made a Deputy Lieutenant for the County of Devon in 2013.

Accepting Freedom of the City, Philip said: “It is a humbling privilege to be here today, receiving what I regard as the greatest honour that the City of Exeter can bestow. To be made an honorary Freeman means that I am joining a very small and distinguished group of people who have all striven to serve the city or to bring prestige and renown to it over many centuries.

“I am also delighted that so many of the people with whom I have worked over the last 25 years have been able to come today to share this ceremony with me.”

He added: “I have been passionately committed to Exeter, to its institutions, its people, and its economic, health and prosperity for the last 25 years.

“I hope, in my small way, I have positively contributed to the city’s progress and success, and that I continue to do so in my various roles. When I look around this magnificent hall at the amazingly skilled, enterprising and passionately committed people who are here today, I know that Exeter and its future are in very safe hands indeed.” 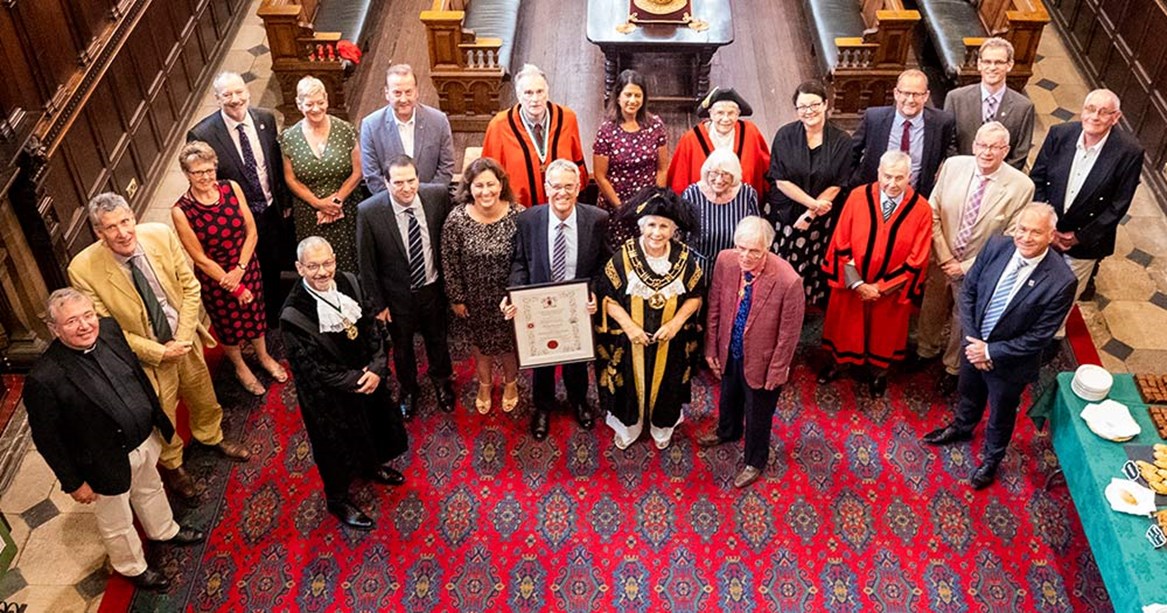