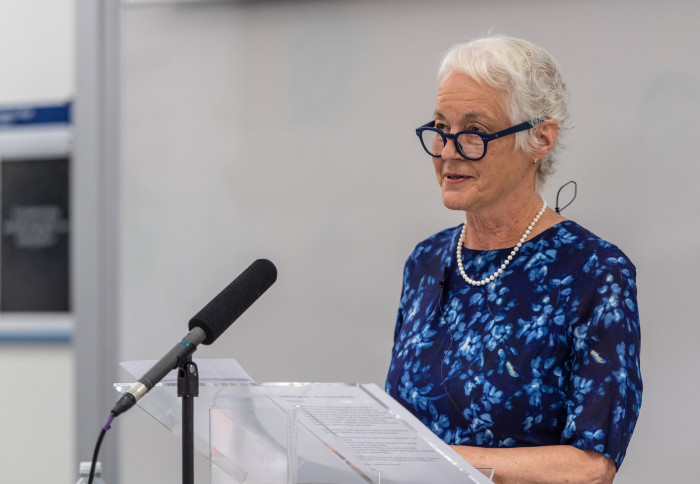 Addressing the Imperial community, President Alice Gast spoke about the power of education and how it instils the confidence to be courageous in facing the difficulties of today and tomorrow.

Reflecting on her first ever speech as USC’s 1980 valedictorian, delivered during a time of global political upheaval, Professor Gast emphasised her belief in the transformative potential of education.

Professor Gast said: “In looking back on what I said, I see my reverence for higher education; a belief that propelled me throughout my career to this amazing place.

“I believed then and more strongly now in the power of education to instil confidence and to give students the confidence to be courageous in facing the difficulties of today and tomorrow.”   Professor Alice Gast President, Imperial College London

“I believed then and more strongly now in the power of education to instil confidence and to give students the confidence to be courageous in facing the difficulties of today and tomorrow.

“We need to act courageously, and we have shown ourselves that we can.”

Professor Gast also provided a personal insight into the future development of the College, Imperial’s campuses and its core purpose.

Reflecting on the past eight years?

Professor Gast became Imperial’s President in September 2014, and her Address reflected on some of the key moments of her eight-year tenure. In particular, she emphasised the individual and collective courage shown by the Imperial community during the COVID-19 pandemic.

She said: “Our community was very courageous, adaptable, pragmatic, effective and bold. We prevailed.

“There are far too many people to recognise individually for their courage through the pandemic.

“Our vaccinologists and virologists saw a crisis, put their scientific studies into action creating novel vaccines, understanding animal transmission and powering through the ups and downs of scientific work in a crisis. Our clinical scientists and infectious disease experts pursued crucial human challenge studies. Our experts clearly explained findings from clinical studies to the public. Our team took the lead on the pivotal REACT study showing the world how the virus worked.

“Our staff and students forged new ways of teaching and learning. We’ve created new ways of assessing, pushing teamwork and more. We’ve changed teaching spaces. Our staff in residence halls cared for students in sickness and health; campus services fed everyone; security kept us safe; our computer technology group and countless others helped us learn to work effectively from a distance.

“We each acted in our own way individually and collectively, with courage, to make a difference to ourselves and others.”

Professor Gast also spoke of Imperial’s commitment to engage with society through science, engineering, medicine and business, including the College’s efforts to support those from underrepresented backgrounds through outreach work and public engagement, including through spaces like the Invention Rooms at White City and the Wohl Reach Out Lab and new initiatives like Imperial’s new Maths School.

At the same time, Professor Gast reflected on the importance of Imperial’s work to create a more inclusive community. She said “We responded to the hurt and anger brought out by the George Floyd murder, working with our wonderful Imperial As One group to develop new ways to bring people together to support one another and celebrate belonging.

“We created new scholarships to attract more underrepresented students. We ceased using the College’s Latin motto and commissioned a group to examine the College’s history and legacy.”

Professor Gast said: “This is only the beginning and we have more to do to understand one another, and to build bonds where there are rifts today.”

“Instilling confidence so that entrepreneurs can be courageous is an area where Imperial can really excel. Entrepreneurs need funding, space, and mentoring. We have new ways of supporting staff and student inventors and are continually seeking new funding sources.”

“Instilling confidence so that entrepreneurs can be courageous is an area where Imperial can really excel.” Professor Alice Gast President, Imperial College London

Professor Gast spoke about Imperial’s role in building the confidence of young innovators and reflected on the success of the WEInnovate programme, Imperial’s flagship accelerator programme for women entrepreneurs.

“I am proud that WEInnovate has supported over 400 women with mentoring, coaching, pitch practice, and a network of entrepreneurs lasting far into the future. Now WEInnovate women readily win other competitions in Imperial and across the UK.”

Looking back at the years following the Brexit referendum, Professor Gast reaffirmed the importance of Imperial being an outspoken advocate for international collaboration. She highlighted some of the strong international partnerships Imperial has forged over the years, including with MIT, Technical University Munich and the Centre National de la Recherche Scientifique (CNRS).

Professor Gast called for the courage to be boldly international, advocating for Imperial to continue building global partnerships and defend its values, acting in the interest of the College’s international community:

“International collaboration is essential to the success of UK science, and we must continue to work with the UK and Europe to make this possible. We will need to advocate for policies that retain our freedom to collaborate and work with individuals from all over the world.” 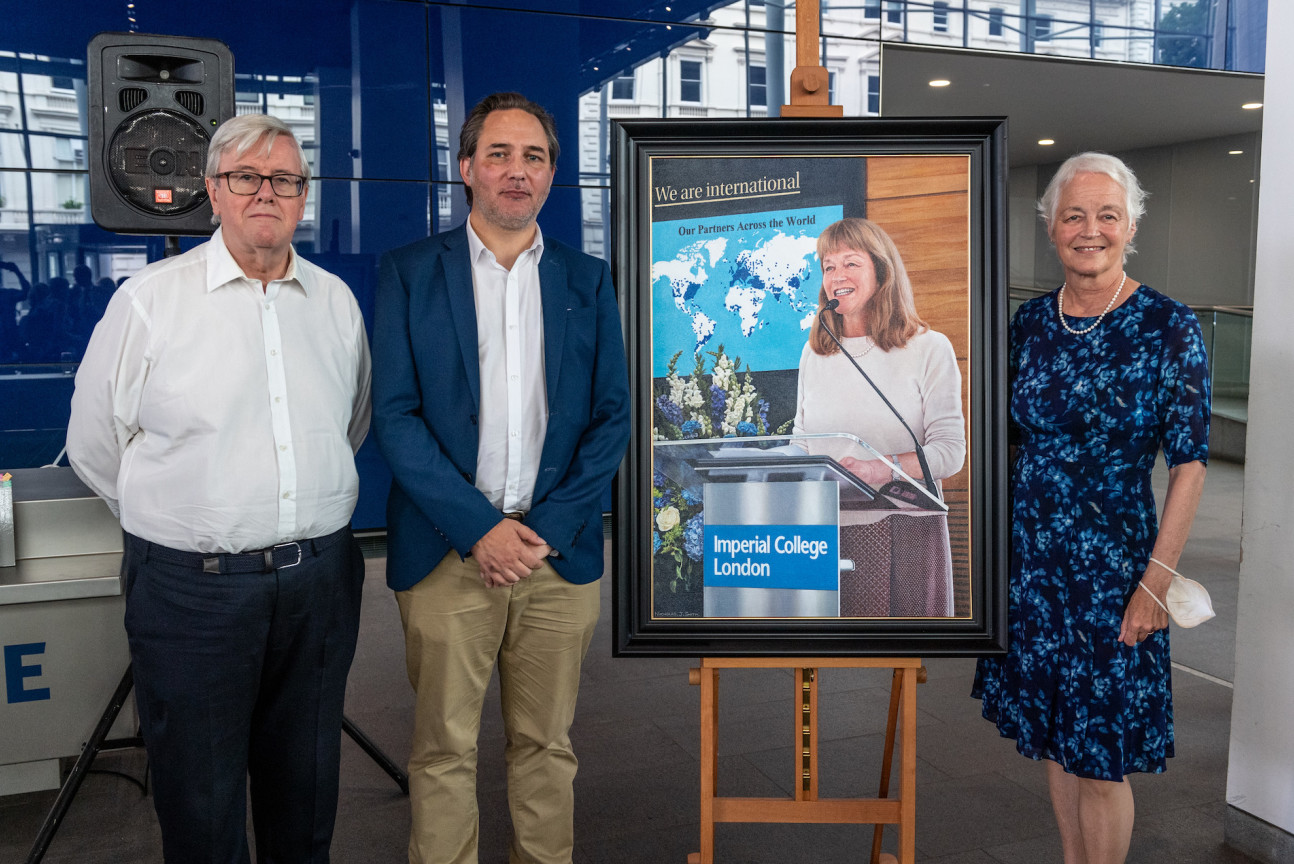 To mark the outgoing President’s contribution to the College, a portrait of Professor Gast was unveiled.

The portrait, by artist Nicholas J. Smith, depicts her public speaking and Imperial’s stance as an international community. It portrays the role of the president as an advocate for their university and policies supporting its mission.

Nicholas J. Smith said: “We had a great introductory meeting, and I was very happy to see that Alice had a strong idea about which elements of her tenure she wanted to illustrate. She was very keen to convey the communicative aspect that she has brought to the role and also, how she felt Imperial had become much more “outward-looking” during her Presidency.

“The portrait is painted in oils on a canvas and was completed over two and a half months. I feel it’s been a great collaboration between myself and Alice and a really enjoyable project to work on.”

The painting will be exhibited in 170 Queen’s Gate, alongside the portraits of other College leaders, later this year.

The evening was also an opportunity to celebrate the many accolades and achievements of Imperial’s staff, students and alumni.?

The achievements of 76 staff members, 13 students and 39 alumni were celebrated.

Eight members of staff and over 20 alumni were also honoured in the Queen’s Birthday and New Year’s Honours lists. View our slideshow of external accolades from Imperial’s community.