A Doncaster resident has been found guilty of two counts of fly-tipping asbestos and sentenced to 8 months in custody, suspended for 2 years. 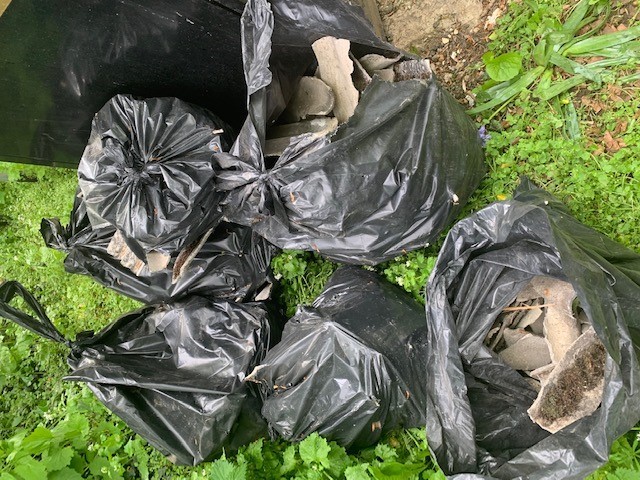 Magistrates were shown CCTV footage of Mr Smith twice depositing bags containing material with asbestos within it next to a ‘No Flytipping’ sign and public bin at the roadside.

Councillor Joe Blackham, Portfolio Holder for Enforcement, said: “This perpetrator has shown blatant disregard for, not just the letter of the law but the safety of the general public and the Council’s hardworking enforcement officers.
“As a result of the criminal activity of this individual, our Enforcement Officers, who had to open the bags to ascertain their contents, have been put at risk which is completely unacceptable.

“This fly tipping case is about as serious as it gets and the Council is grateful to the Magistrates for giving a custodial sentence, which demonstrates that Doncaster Council will simply not tolerate such behaviour and will always push for the strongest sentences possible for fly tippers.”

In response to the allegations and subsequent evidence presented before the magistrates, Mr Smith offered no mitigation. To which the magistrates remarked that they were “staggered” that he had nothing to say about the way he disposed of the asbestos.

Doncaster Council provides free disposal of cement bonded asbestos and other solid items which are known to contain asbestos, e.g. Marley floor tiles, old toilet cisterns. We will only accept asbestos generated as a result of DIY work undertaken by you at your own home. Restrictions apply.

Asbestos is accepted at Armthorpe Household Waste Recycling Centre (HWRC) only by pre-booked appointments made with the council. This is for Doncaster residents ONLY, not businesses, trade or commercial operators. For more information, please visit: https://www.doncaster.gov.uk/services/bins-recycling-waste/asbestos-disposal

We are looking for a new Chief Operating Officer

Helping you stay well in Doncaster over the Jubilee celebrations