The Serenity Appeal will allow the Trust to create a specialist bereavement suite at Doncaster Royal Infirmary (DRI), purchase a mobile ultrasound scanner for Bassetlaw Hospital’s Early Pregnancy Assessment Unit (EPAU), and refurbish the two EPAU counselling rooms at both DRI and Bassetlaw. 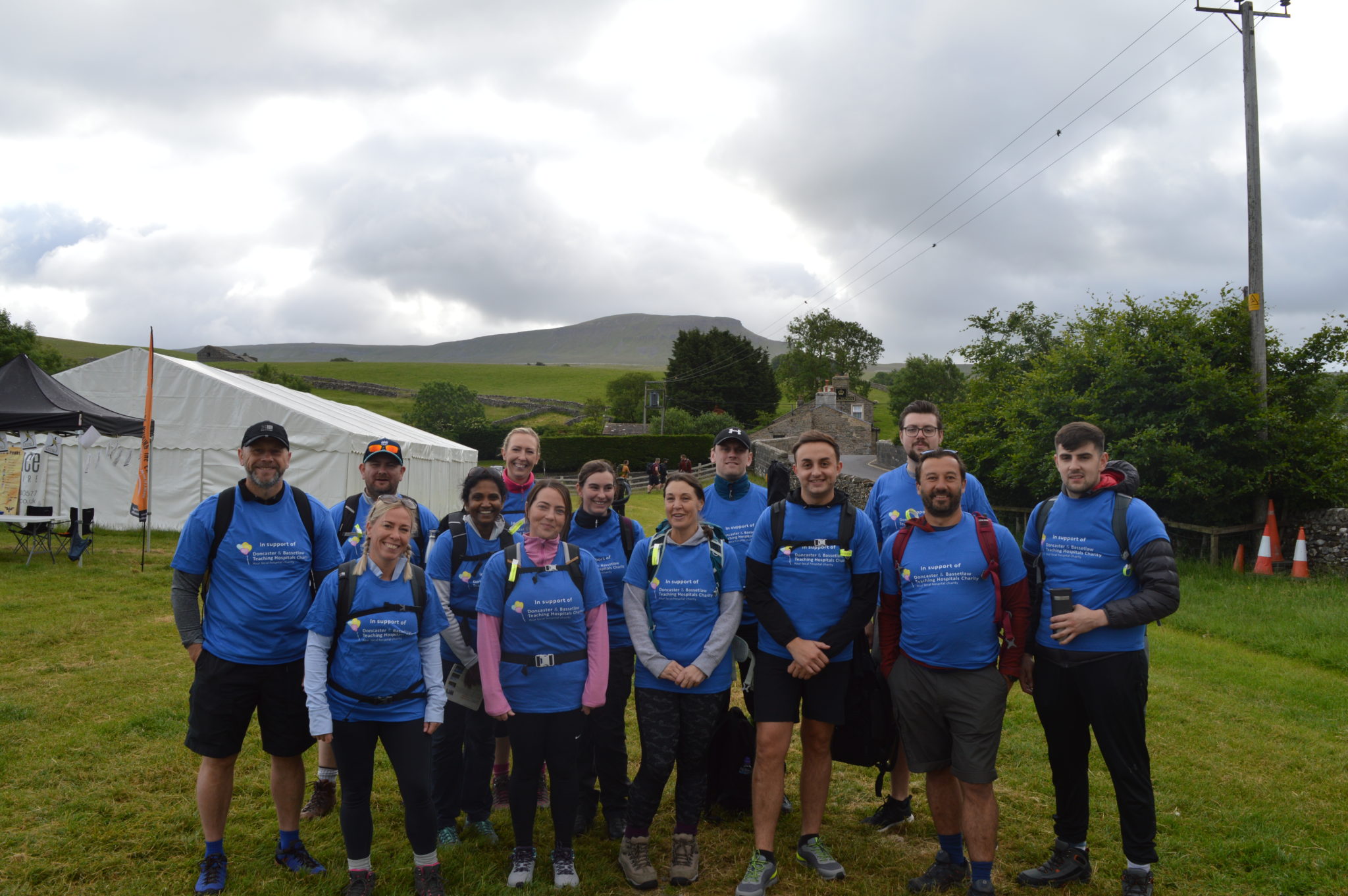 13 people tackled the 24-mile route over the three peaks (Pen-Y-Ghent, Whernside, and Ingleborough), alongside qualified walking leaders who guided the team. They all completed two of the peaks, but a lightning storm meant that some participants had to be pulled off the final mountain for safety reasons. However, a few members of the team managed to beat the storm and complete all of the three peaks in an amazing 9 hours.

As they traversed the peaks, the team carried a poster with them which had the names of babies who are sadly no longer with us written upon it. Families were given the opportunity to send in any names they would like included on the poster to ensure that their child would be remembered on the walk, and the poster acted as a constant reminder to the team as to what an important cause they were raising money for. 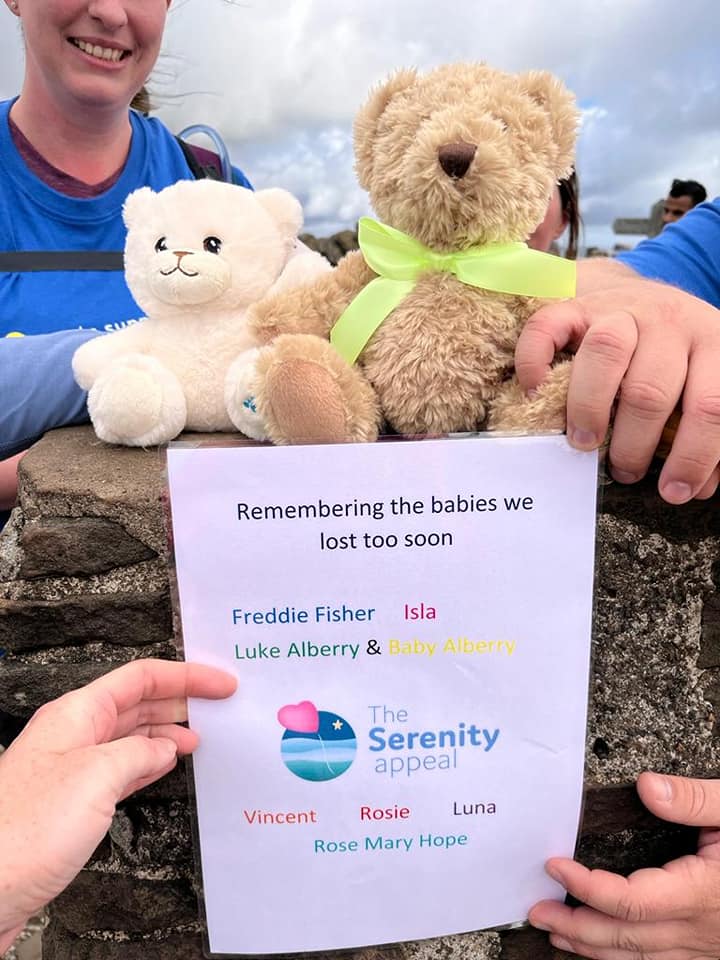 Among the 13 who took part were DBTH’s bereavement midwives, Mathew Proctor and Rhian Morris, who have been working tirelessly to improve the maternity bereavement services across the Trust.  Rhian spoke about the challenge and the importance of this appeal. She said: “Even though the day didn’t end as we would have liked, it was still a huge success and we are very grateful to everyone that took part, and even more so to everyone that sponsored us.

“Some of the team managed to reach the summit of the 3rd peak just as the thunder and lightning started which was amazing as they managed to complete all three. For the other part of the group, we had just reached the summit of the 2nd peak as the storm began.  This was a very frightening experience and certainly gave us the push to get down the mountain. We have made the decision to return as a group and complete the challenge!

“We want to thank each and every one of you for the support and all of your generous donations.  With you behind us, it will enable us to enhance the care provided to families that are facing the heartache of baby loss, of every gestation, and we are as a team forever grateful for this.” 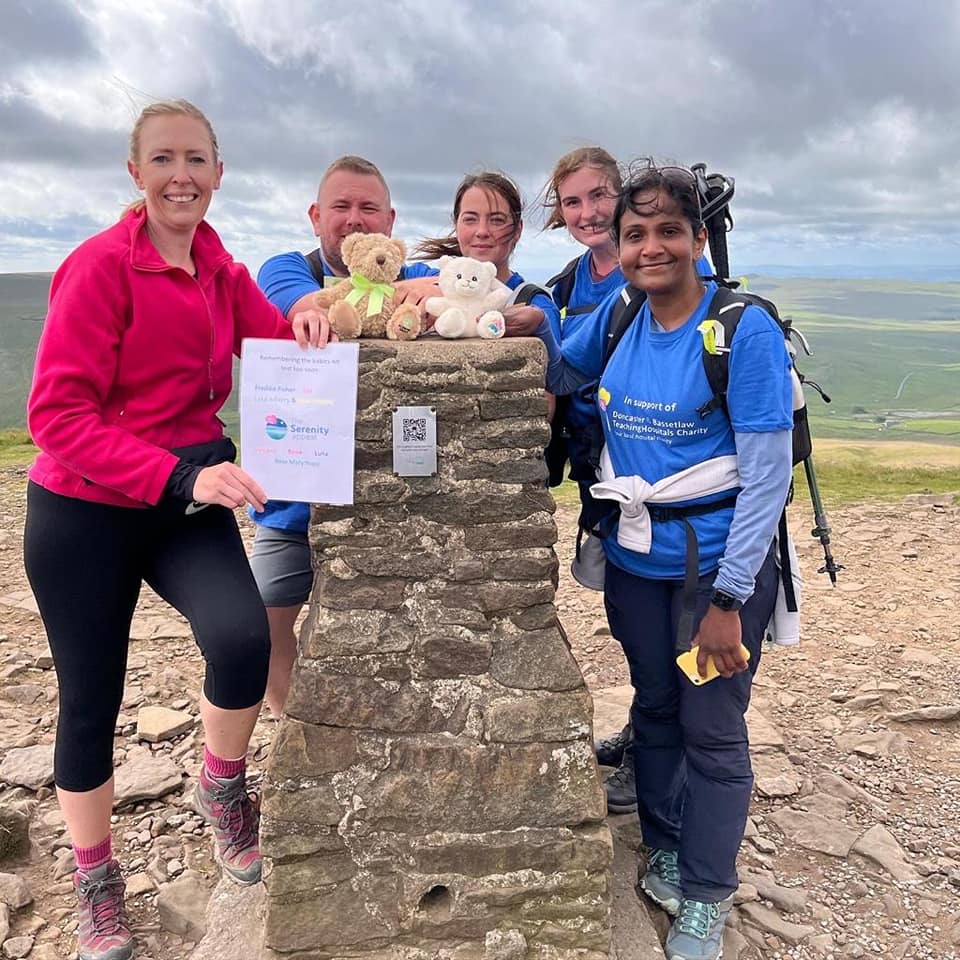 Vanessa Ogden, who is the Director and Head of Care at ORB Recruitment LTD, took part in the challenge. She reflected on her experiences of the day: “This was literally the hardest challenge I’ve ever done, and I’ve done quite a lot of them over the years!

“The day was great, albeit tiring, and the feet situation was hard going at times! If I had to describe the challenge in three words, I would say nuts, as you have got to be nuts to do it in the first place. Determined, as I easily could have quit at the 10-mile checkpoint, and grateful to know that although it was tough, many people would love to do this and unfortunately can’t.

“Despite not being able to walk the next day, everything hurting and having five of my toenails still black, it was a fantastic experience and to do it for such a good cause is what it was all about. So far, I’ve raised £200 but donations are coming in.”

Although the team have now completed the challenge, you can still donate to DBTH’s Bereavement Midwives via their Just Giving page which can be found here – https://www.justgiving.com/team/DBTH-Bereavement-Midwives.

To find out more about the Serenity Appeal, you can visit DBTH’s Charity website or contact the Charity Team at DBTH on Tel: 01302 644244, email: DBTH.Charity@nhs.net.