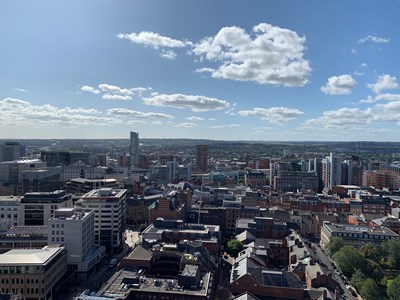 As Leeds celebrates Pride this weekend, the director of public health for Leeds wants to ensure that people are aware of Monkeypox, including signs and symptoms and where to go if you need more information.

Monkeypox cases continue to rise nationally, and it is crucial that people take action to protect themselves, friends, and family.

The latest government figures state that there have been 2,070 confirmed cases of Monkeypox in England between May 6 and July 20, 2022, the majority of which have occurred in London; however, 35 cases have been recorded within the Yorkshire and the Humber Region.

While anyone can catch Monkeypox, the majority of Monkeypox cases identified in the UK continue to be among gay, bisexual, and other men who have sex with men (MSM), with the infection being passed on primarily through close contact between people.

Monkeypox can be passed on from person to person through:

Before you go to a party or event, check yourself for Monkeypox symptoms, including rashes and blisters. If you have Monkeypox symptoms, take a break from attending events as well as sexual or any other close contact until you’ve called 111 or a sexual health service and have been assessed by a clinician.

Victoria Eaton, director of public health for Leeds, said: “If you think you may have symptoms of Monkeypox, even if they are mild, please stay at home and contact NHS 111 or your local sexual health service for advice, your call will be treated sensitively and confidentially.

Councillor Salma Arif, Leeds City Council’s executive member for public health and active lifestyles, said: “It’s important to remember that most people make a full recovery, but everyone should look out for symptoms and seek advice if needed so that the LGBTQ+ communities can have a healthy and happy Pride season.”

The current outbreak has so fare largely occurred among gay and bisexual men, according to the UK Health Security Agency (UKHSA).

On June 21, the UKHSA announced that in a bid to control the outbreak, some gay and bisexual men at higher risk of exposure to Monkeypox should be offered the smallpox vaccine Imvanex.

Due to a limited vaccine supply nationally, sexual health services are currently contacting people who are at highest risk of Monkeypox.

People may be eligible for the vaccine if they have a history of sexually transmitted infections, those who are known to have had multiple sexual partners and those eligible for PREP, the preventative drug for HIV transmission.

Tom Doyle, CEO of Yorkshire MESMAC, said: “Anyone with Monkeypox can pass it on through close contact, regardless of sexual orientation, but currently gay and bi men are disproportionately affected.

“Particularly in Leeds, we’re working really closely together with our NHS partners to identify people who are most at risk of Monkeypox so they can be invited in for a vaccination.”

Yorkshire MESMAC will be providing Monkeypox information and support for testing at Leeds Pride on Sunday 7 August.

A rash usually appears 1 to 5 days after the first symptoms. The rash often begins on the face, then spreads to other parts of the body. This can include the mouth, genitals, and anus.

The rash is sometimes confused with chickenpox. It starts as raised spots, which turn into small blisters filled with fluid. These blisters eventually form scabs which later fall off.

The symptoms usually clear up in a few weeks. While you have symptoms, you can pass Monkeypox on to other people.

Students reminded everybody needs good neighbours ahead of summer changeover