Medal glory for Fire and Rescue!

The British Firefighter Challenge held in Hull city centre on 30 and 31 July is an annual sporting competition that pushes firefighters to their limits.

Firefighters from the UK and around the world undertake various tasks at speed in full fire protective equipment while wearing breathing apparatus.

The challenges include stair ascents and descents, moving a heavy weight with a heavy hammer and a casualty rescue where a 70kg (11 stone) dummy is dragged to the finish line.

In total there are eight stages to the challenge and the course is completed against the clock. The sporting challenge also aims to raise as much money as possible for the Fire Fighters Charity, which supports fire and rescue staff, whether currently employed or retired.

GFRS were awarded the top trophy for raising the most funds for the charity during the event, they raised just over £1,650. 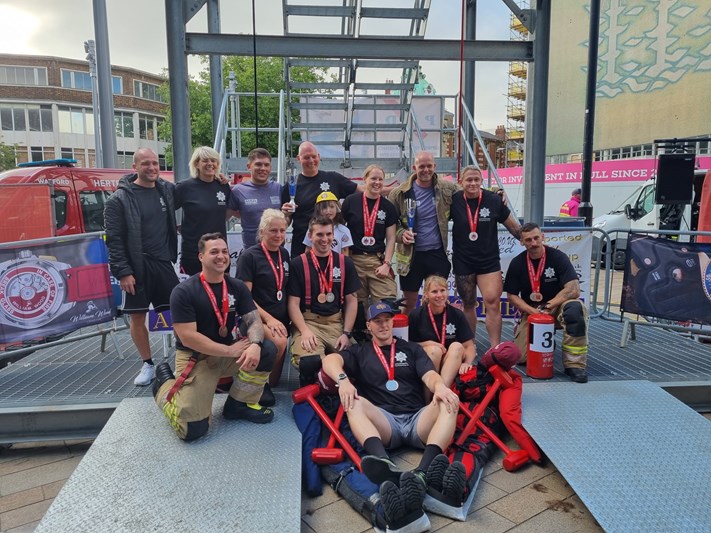 Jo Singh, station manager at Gloucestershire Fire and Rescue Service, said: “The British Firefighter Challenge is a great event that raises funds for a very worthy cause – The firefighters charity. The challenges on show really highlight the physical demands of being a firefighter. I would like to thank everyone in attendance, as well as congratulate our firefighters who won medals as they performed amazingly well, showcasing what incredibly skilled firefighters we have in Gloucestershire.

“I’m also proud to announce we were awarded a trophy for raising the most funds for the Firefighters Charity. This was achieved through donations from friends, family and colleagues and we’re all enormously grateful to everyone for their support.”

The ‘just giving’ link is still active for anyone who wishes to donate: www.justgiving.com/fundraising/gfrs.

More information on the British Firefighter Challenge is available at www.britishfirefighterchallenge.co.uk. 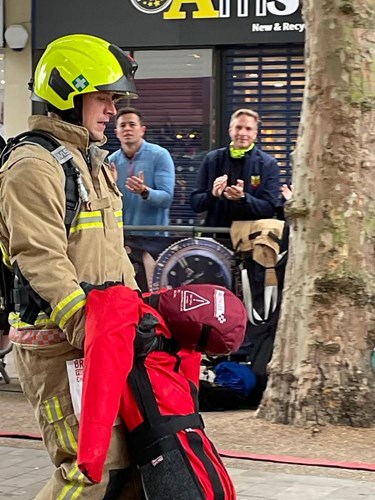 Which books makes your top five? Revealed: the county’s favourites

Businesses urged to be vigilant when buying vapes